Unless you’ve been living with your head in a hole, you’ve probably heard about how 3D printers are going to be the next big thing in the manufacturing world. If you don’t mind being patient, you can have a small army of industrial printers churning out prototypes and, eventually, parts for your machines for a fraction of the cost of tapping into the labor market for the job. There’s a 3D printer that can build you a real, edible pizza. A 3D printer is being sent to the International Space Station. The list goes on.

You might be scratching your head right now. Isn’t it a bit early to tell if there’s a real market for additive manufacturing, which is the official term for 3D printing? Early versions weren’t so hot. They took forever to build simple models that were mostly just a single color (usually white) and had obvious lines from the building process. Basically, these machines work by adding a series of layers of whatever materials they work with (usually plastics for desktop models). Early attendees to product demos must have been less than impressed by this new technology.

A Clip from the 2012 3D Printshow London

As you can see from the above video, the technology has improved since then. A truly good additive manufacturing machine can produce layers as small as a few hundredths of a millimeter, reducing the “layered” look for a smoother model. Some of the high-end models can also produce highly realistic prints with as many as 390,000 colors. Put a piece created with additive manufacturing next to an identical one made with a more traditional method, and you might not even be able to tell the difference.

It is still seen as the hobby of geeks who create art using their favorite 3D program. If they have some business savvy, they might even be selling their models as toys on their own website even as they wait for the day when this field will actually be taken seriously by the outside world. Can you imagine being able to compete with Legos and Hasbro simply because you don’t have the labor costs and can simply have a handful of desktop printers cranking them out in your basement? Exactly.

I won’t say it’s going to be easy breaking into the 3D world, especially as a businessperson. There are already enough desktop machines for the hobbyist that the market is almost flooded. Industrial 3D printers on the level of the ZPrinter 850 are almost prohibitively expensive to the startup that has enough trouble finding funding. Things are improving with the advent of crowdsourcing sites such as Kickstarter, but it’s still not easy to get people to believe in you.

If you’re into animation along with modeling, you’ve got an edge. You can take a page out of Lego’s Bionicle lineup and create a fictional animated world to go along with your models. The stories don’t have to be very good. Let’s face it, an amnesiac deposed ex-galactic overlord is just a tad cheesy. They just need to be good enough to get children interested and not annoy parents. Really, you just want to convince children to use your toys for their own imaginative play. (Don’t be mad, parents. Your imaginative little child could become the next chief of an animation team at Pixar if she doesn’t decide to go the entrepreneurial route.)

But back to 3D printing. This field is advancing fairly rapidly and there might be a time when we are all driving cars that have been assembled from printed-off parts. NASA is even looking into using additive manufacturing to create rocket parts, which basically means that it might actually be feasible for 3D printing to become much bigger than it is already. However, anyone who remembers the dot-com bust of the 1990s knows that you should be cautious and not throw your money at anyone who has a shiny new machine. Do your research, ask about their business and marketing plans, and especially pay attention to the ones who have a long-term research and development plan.

Get Started in 3D Printing With These Books And Printers 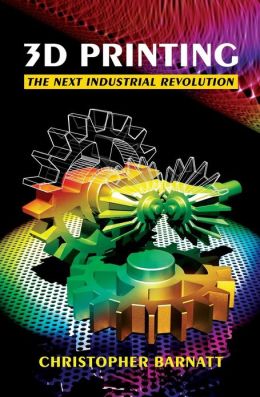 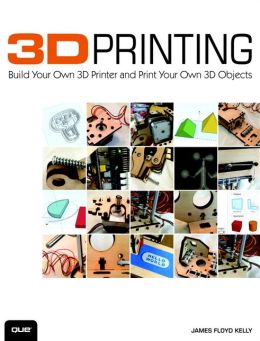