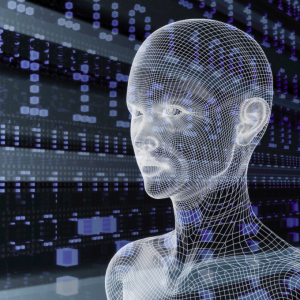 Recent research conducted by staffing specialists Robert Half Technology and The Creative Group show that businesses are less eager than consumers to adapt new technologies, despite the opinion of an overwhelming majority of CIOs and advertising and marketing executives that it is “very” or “somewhat” important for department leaders to test new technologies. This comes on the heels of a cover story by the CMO Council that marketing executives are facing increasing pressure to adjust to the challenges and benefit of leveraging recent innovations in technological fields such as the Internet of Things.

In the study conducted by Robert Half Technology and The Creative Group, an independent research agency polled more than 2,500 U.S. CIOs in 24 metropolitan areas and 400 U.S. advertising and marketing executives. CIOs and marketing professionals responded to the following questions:

“How important is it for leaders in your department to personally try out and be early adopters of emerging technologies?”

“Which of the following best describes the pace at which your company adopts new technology? Would you say you are …?”

*Responses do not equal 100 percent due to rounding.

John Reed, senior executive director of Robert Half Technology, said of the results, “While technology is meant to make business processes easier, faster and more effective, it can be overwhelming for companies to know which tools and systems to invest in. Most organizations take a measured approach to implementing new technologies, given the considerable costs, training and potential productivity loss involved.”

“Staffing issues can also be a barrier for technology upgrades,” added Diane Domeyer, executive director of The Creative Group. “Professionals who can implement new digital initiatives are often hard to find. Companies can benefit from bringing in project professionals who can manage the transition and impart their knowledge to existing staff.”

According to the CMO Council story, though, chief marketing officer have big expectations for the Internet of Things and are challenged to see it as the “innovation of things.” The Internet of Things could force CMOs to rethink their business models and find new ways to gain new competitive advantages.

The cover story for the latest issue of PeerSphere — the Chief Marketing Officer (CMO) Council’s quarterly eJournal — reveals the immense opportunity and revenue potential for organizations that are able to develop IoT strategies that integrate seamlessly into their customers’ lives. However, as Bain & Co. reports, only 90 percent of the companies they surveyed are only in the planning phase with respect to IoT implementation, revealing that there is still much work to be done internally before they begin to reap the financial benefits of these solutions.

This may put businesses at a competitive disadvantage compared to their counterparts who have already incorporated IoT applications successfully and are already reaping the benefits in the form of cost savings, operational efficiency, improved products and services, and deeper engagements with customers. This is especially true when considering the Industrial Internet of Things (IIoT), which is expected to be on par with big data analytics and collaborative design and development tools as drivers of enterprise-level innovation. If one goes by the contents of the latest PeerSphere issue, the CMO Council considers this to be as important as the ability to demonstrate value to the C-suite and measure the ROI from a company’s most important influencers.

Demand For New Innovations Are Increasing

Businesses may not want to invest in an unproven technology because they risk using market share and profits if they’re wrong. However, consumers are increasingly demanding new innovations that are as secure as they are convenient. The contactless payment solutions industry has changed significantly over the years as technological advances have become more sophisticated and user friendly and has gained a much wider customer base. According to a recent research study by MarketsandMarkets, the contactless payment market is poised to grow from US$6.70 Billion in 2016 to US$17.56 Billion by 2021, at a Compound Annual Growth Rate (CAGR) of 21.2% during the forecasted period. Contactless payment solutions help organizations and individuals to ensure secure payments with increased convenience, while enhancing operational efficiency.

Contactless or “mobile” payments have gotten a boost through greater integration into mobile devices such as tablets and Smart Phones. Industries that have especially noticed this upswing include telecommunication, energy and utilities, transportation and logistics, health care, hospitality, and retail. The health care sector is the fastest-growing vertical in this market as hospitals are installing contactless readers for the convenience of doctors and patients who enjoy the ability to speed up the payment process.

And of course there’s Bitcoin and the Blockchain, which is becoming increasingly popular not only for ecommerce, but also for greasing the squeaky wheels of the international financial sector. Bitcoin users like the security of paying for a purchase on sites like Overstock without the risks inherent in sending their credit card numbers over the World Wide Web, knowing that the distant server that those numbers are inevitably stored on can and likely will be hacked. Financial industry insiders are increasingly attracted to the Blockchain’s ability to make financial sector operations more efficient after year of poking it with a stick. Regulators do not seem to know what to do with Bitcoin, however, and have recently denied the Winklevoss brothers’ Gemini trading platform an ETF license on the grounds that Bitcoin is on regulatory shaky ground.

Innovation Is Coming To Vending Machines Too 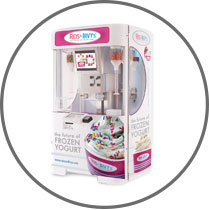 Reis and Irvy has a popular robotic frozen yogurt vending machine. Fun to watch, but it’s what’s “under the hood” that counts.

That’s a mouthful, isn’t it? But what this means is that the new Intel retail gateway reference design can connect vending machines to the Internet of Things, make it possible to expand the vending machine’s capacity to integrate new technologies that may be coming down the pike, and possibly even alert the owner-franchisee of the vending machine when it’s time to restock the machine. It’s meant to make sure that vending machines stay relevant in a world where innovation can happen fast and a limited vending machine that can only take paper bills and coins just isn’t good enough anymore. 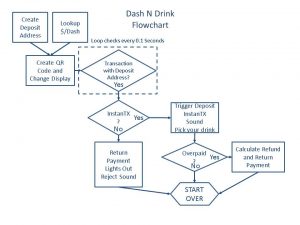 In the meantime, cryptocurrencies may soon be coming to a vending machine near you with options similar to this showcased DASH WaterVend, which could sell visitors to the 2017 North American Bitcoin Conference a bottle of water for a Bitcoin alternative called DASH. This variation of the DashnVend vending machine was meant to showcase the capacity to use cryptocurrencies as a payment option for vending machines. This particular vending machine appears to have been railroaded by a problem with the DASH mobile wallet. This is apparently due to the trade-off between the convenience associated with vending machines and cryptocurrency users’ wish to avoid the risk of double-spending unconfirmed transactions. (The original Bitcoin code included the ability to protect the rights of the vendor by preventing double-spends.) The DashnVend code is still available for inspection, however, so developers may be able to pick up the ball on this one.

As innovations in mobile payments and the Internet of Things continue, consumers have expressed concern about security. While your microwave is unlikely to spy on you anytime soon, households are increasingly connected to the Internet with all the associated risks. An intruder could get into the home network through its Internet connection and disable the security alarm unless that alarm runs separately from the main home network, for instance.

Mobile payments options may still be vulnerable to malicious hackers that can exploit vulnerabilities in authentication methods. When Apple Pay was first introduced, experts quickly discovered that the Touch ID fingerprint recognition system could be compromised by lifting fingerprints from the glass. The system could also be compromised by the same people who know how to “jailbreak” iOS phones by exploiting bugs in its code. In theory, the Near-Field Communication (NFC) technology that most mobile payment options use to communicate with compatible PoS systems and the actual moment when new credit card information is added to a mobile payment option like Apple Pay could also be weak points from a security standpoint.

Solutions to the problem could include educating CIOs and CISOs about cybersecurity, as Converged Technology Group and Cisco teamed up to do in a continuing educational series titled Cybersecurity: A Layered Approach. Educational opportunities like this one can empower C-suite executives to make better decisions regarding new innovations and the security solutions they require. Research organizations such as ABI Research have also studies already existing security solutions such as biometrics that could be improved on to assist with preventing security breaches. ABI Research specifically pinpointed four areas that biometrics innovators should focus on: multifactor authentication (MFA), point-of-sale (PoS), mobile payments, and passive authentication. Industry insiders say that these are matters that should not be ignored by corporations that wish to move forward in an environment in which innovative new technologies evolve fast and so does the ability of malicious actors to exploit them.

So businesses and other organizations that might benefit from new innovations may be right to hesitate to make use of “Version 1.0” type applications. Corporate decision-makers could reasonably do the boardroom equivalent of inspecting new concepts like the Blockchain, artificial intelligence, mobile payments and “smart” vending machines from a distance until they figure out ways that these new innovations could actually benefit them. However, most CIOs and marketing professionals tend to agree that being an early adopter of new technologies and especially getting leaders in their organizations accustomed to using them are important. Then it becomes a matter of how to implement the new technologies that fit most neatly into their businesses in ways that their staff and customers can comprehend.