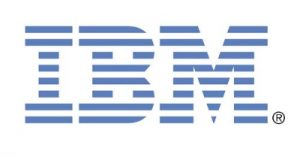 IBM has released new DevOps tools on Bluemix, IBM’s developer platform, which allow companies and development teams to continuously and automatically ensure the quality of the code in their apps. This ability to better control code quality at all times helps businesses to reduce unpredicted app downtime and increase functionality, while simultaneously helping developers to iterate on and deploy new features quickly and confidently.

IBM Cloud DevOps Insights allows developer teams to set policies around changes and updates made to specific apps and to block the deployment of changes that do not meet these requirements. By doing so, teams can keep risky updates and code, which may not have been properly vetted or tested, from disrupting an app’s performance and usability.

For example, a team may want to better guarantee the quality of code being written for a new app feature, ensuring that any code being deployed will have passed at least 80 percent of tests around security and functionality. Using DevOps Insights, the team could create such a policy, integrating these tests and their results with a built-in gate. Set by DevOps Insights, this gate would automatically evaluate and analyze the test results of each piece of code being delivered. If a piece of code is determined to not have passed the tests, it would be stopped at the gate.

To further increase usability, DevOps Insights gives developers a single and comprehensive dashboard to view which versions of an app’s updates, features and tests are running and where, even when the tools and types of tests being used differ. This new service supports popular test result formats, such as xUnit, Mocha, Karma, Instanbul and Blanket.

Because Bluemix and its services are built on open standards, DevOps Insights is easily integrated with other tools, and also supports Jenkins pipelines.

Since its launch in 2014, Bluemix has rapidly grown to become one of the largest open, public cloud deployments in the world. Based in open standards, it features more than 150 tools and services spanning categories of cognitive intelligence, blockchain, security, Internet of Things, DevOps and more.

For a demonstration of IBM Cloud DevOps Insights, you can build it into a sample toolchain. To learn more, visit the DevOps Insights page in the Bluemix catalog.