Image credit: Secrets of the Fed

You own a nice home in the suburbs. The biggest nuisances involved are keeping up with the mortgage payments, mowing the lawn and handling the occasional home improvement project. The winter’s been especially harsh this year and maybe you need to think about taking care of that draft by the window that seems to have gotten worse.

But now the government comes in and says they need your property for a special project. You’re going to get a fair price for your house right? Apparently, not if you live in Russia. A lot of people have been forced out of their homes to build the Olympics complexes and they haven’t been compensated for the loss. A lot of those dogs running around on the streets might have belonged to those families and were probably as confused and dazed by the loss of their territory as their humans were. I think a lot of Americans forget that people in other countries don’t necessarily have the same rights we do, including the right to own property and be compensated if the government needs a place to put a new Olympic stadium.

It does call up images of Arthur Dent from Hitchhiker’s Guide to the Galaxy laying across his porch in a last-ditch effort to save his home, doesn’t it? And they blamed him for not going to the basement of the local city hall to view the plans, too. It’s like they expect people to be out doing their shopping and they decide, “Hey, I think I’ll go to the city hall to make sure they haven’t been up to any monkey business,” like it’s completely routine to get your house seized for a new freeway. It could happen to you if you aren’t careful.

It also helps to know a good lawyer who knows about eminent domain law. There are actually people who specialize in getting property owners the best possible deal when the government wants to take over. The truly good ones can shut the whole thing down in cases in which eminent domain is being abused, and it does happen. Reference a recent case in which the court ruled against Bluegrass Pipeline’s wish to use eminent domain to seize land easements so they could run a natural gas pipeline through. Despite their claim that it would serve the public interest, eminent domain in the United States was never meant to serve businesses that simply want to avoid negotiating with landowners that don’t want to sell their land in the first place. One shouldn’t become complacent, however. One single court case means nothing when Bluegrass Pipeline announced plans to appeal and somebody’s car wash is about to be seized because a wealthier businessman wants to put a shopping center on that property along with neighboring properties.

“The right to own property” is inevitably going to become a hot issue on Mars a few generations down the road. At first, we’ll just take it for granted that everything in our little Martian settlement will be held in common. You could probably even swap bunk beds if you wanted to though your own bed might well be the only private place you have. However, eventually somebody’s going to get flat out fed up with his fellow colonists and want to bug out with “his” share of the resources. Do we stop him on the grounds that the oxygen generator he wants to take is needed by the entire colony? Or do we have enough spares that we can be pretty much like, “Screw it, get lost, feel free to come crawling back when you’ve had enough,” and let him go off into the hinterlands with his own habitat and basic survival supplies? Maybe we need some clear demarcation that these things over here belong to the community as a whole and these are the things that belong to each colonist. Then if we have to use somebody’s individual resources, it’ll become a matter of, “Hey, if I could borrow your Android tablet for a few days, I’ll help you plant that basil you’ve been wanting,” instead of just some thug in authority saying, “Give me your tablet.” Maybe by then, the idea of personal property could well be just a leftover figment of the human animal’s instinct to carve out his or her own space and the third- and fourth-generation Martians just consider private property to be your own habitat and whatever’s inside that you legitimately own. But if somebody else wants it, this should be a matter of two people negotiating a fair price or maybe the owner of the habitat simply refusing to sell. I’ve told people that you’re not going to get around the fact that Mars will have an economy even when you want to leave behind the worst elements of capitalism. Greed is one of those elements and local governments seem to enjoy flexing their muscles just to prove that they have the little bit of power that they have along with suiting the purposes of their friends in big business. The Fifth Amendment was designed to put a stop to that kind of behavior.

Any theoretical future Martian government shouldn’t get involved in a private matter like somebody wanting to trade habitats unless it can conclusively prove that the colony will turn into a flaming rubble without intervention. Even in the case where we need a makeshift jail, it shouldn’t be hard to just confine somebody to his own habitat. Otherwise, everybody will be better off simply acknowledging that there are some things that the colony owns and other things that are private property that the owner can sell or use.

More About Eminent Domain in America 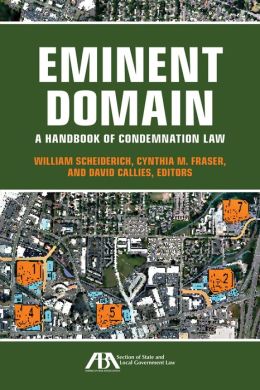 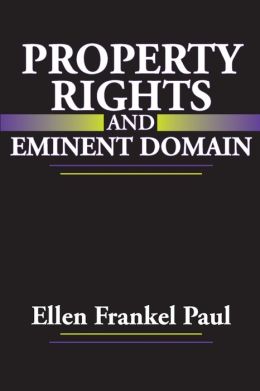