The debate on whether we should send robots or humans to explore our solar system has been going on for as long as we’ve been slinging stuff into outer space. Robot proponents say that robots can survive the risks better than humans and, even when they do fail, at least they’re not alive. Opportunity has survived on Mars for over a decade without needing an EVA suit, food, water or oxygen. The proponents of sending humans say that it’s hard for anyone but an engineer to get emotionally involved with a robot and humans are capable of reasoning out a solution to a problem that robots aren’t equipped to handle. A human could have lifted Spirit out of the sand trap it fell into. I like this little girl’s reaction to the entire issue. 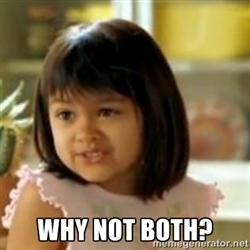 This is a debate that is a little bit goofy. In a lot of my favorite science fiction, you see robots like C3PO and Data working beside humans and nobody ever questions it. The process of exploring and settling outer space can work the same way. Mars One intends to send rovers that are basically the Martian equivalent of tow trucks to get things mostly set up before the settlers go. We could send additive manufacturing machines to create new parts as needed. A modified version of the robot in the video below could reduce the need for EVAs to clean solar panels. This is technology that exists right now and could be most useful as an aid to humans who travel to Mars.

The entire point of keeping robotics involved in space exploration will be to handle the difficult, dangerous and repetitious tasks that humans might hesitate to do. This is the idea behind sending Robonaut to the International Space Station even sure the astronauts must find it a hassle to unpack that particular robot and then pack it back up. Obviously, Robonaut is not a fully automated robot that can just be kept in a corner when it isn’t being used. On the other hand, the idea is a good one. Humans on Mars will still have their pride and might want cleaning robots like adaptations of the Roomba and Braava to free up time for serious work like growing crops and collecting scientific samples to add to our knowledge of the Martian environment. Telerobotics can even make repairs under hazardous conditions like the vicinity of a nuclear power plant that starts showing cracks in the system while being controlled from a safer location. The robotic arms on the International Space Station and the rovers that are already on Mars are good examples of telerobotics that can be refined for use by future Martians.

There will always be room for the human element in outer space. Humans will be the ones making judgment calls when robots run into unexpected situations and it would be convenient if they could do it without having to deal with the time delay in radio communications between Earth and Mars. Like I mentioned, Spirit would probably still be going if someone could have gone out, lifted it out of a sand trap and maybe brought it into a workshop for some tuning up. Humans are the ones who will have to design robots for outer space. This is why I don’t buy the idea that robots are going to destroy jobs and why I like the idea of sending humans who can explore and form a better idea of what robots could be used for on Mars. Martians will be too busy making innovations that help them survive in a harsh environment to really worry about filling positions that count as minimum wage hack jobs on Earth and will want the robots that can help them do it in a way that is halfway civilized. I imagine every colony of a significant size will eventually have a mechanics shop where people can bring their robots for repairs.

This obviously means that we already need people who know robotics pretty well. Those competitions that have students designing robots for various purposes like racing over a Mars-like terrain are pretty cool even though this doesn’t necessarily translate into jobs in the robotics field. Right now, MarsMech is running an Indiegogo campaign that will hopefully pay for startup funds to create robots that can harvest iron on Mars and use that iron to create useful products. MarsMech is so new that it doesn’t even have a website yet, but their plans include ramping up efforts to teach students about robotics in a way that helps them become part of the process of creating robots that will be useful on Mars.

I would also love to get the employees of the Jet Propulsion Laboratory who are involved in creating robots for use on Mars involved. These might be people who are used to dealing with unpredictable government budgets and political pressure from NASA, but give them a more predictable budget and turn them loose and they could probably spearhead the first generation of robots that can be used alongside human explorers on Mars. This is an idea for yet another aerospace company even if it amounts to former JPL employees building robots in their garage. Hey, Apple started this way and whoever gets in on the action early could make a pretty respectable living once things take off. The market is going to be there and we need to make sure people are ready when it happens. This is why I don’t listen to the people who complain that robots could replace the low-paying repetitious jobs like the ones you find in the fast food industry and why people need to be brushing up on their technical skills to stay competitive in the job market. When you can build robots out of your garage, you’re really just losing the commute and doing things that every geek dreams about.

Really the point of having robots on Mars is to help with the jobs that might be too hazardous for humans to handle reasonably. However, this doesn’t mean that humans won’t have a place on Mars to make the judgment calls that robots can’t make without having to deal with an annoying time delay in the process. By working together, humans and robots can take on the settlement of space in ways that neither would be able to on their own. There are not even going to be any worries about losing the jobs that are hazardous, boring, and don’t pay well when those jobs can be replaced by people working out of their garages or a fair-sized workshop to create those robots and Mars is going to have a labor shortage even when colonists can use robots for most mundane tasks. That’s why the debate about whether humans or robots should go is purely a cosmetic one that makes little difference in how things are going to work in the real universe.

Some Resources to Check Out 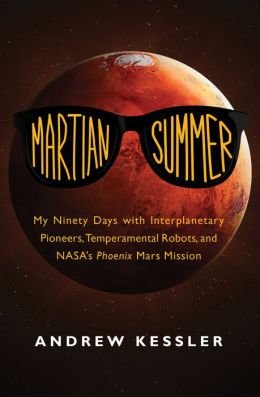 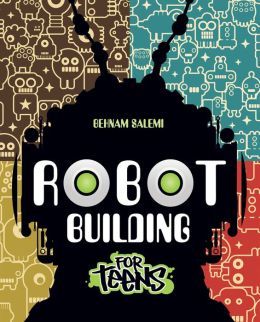 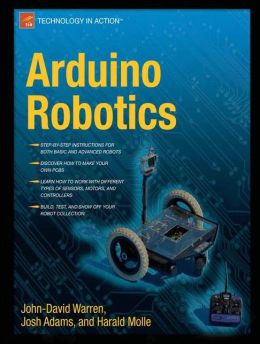