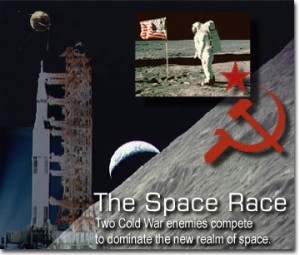 You want to know more about the Space Race. Most third-party histories are pretty dry stuff and a lot of NASA documents are obviously written by engineers and bureaucrats. What about the personalities involved? What was it really like to be part of the Space Race? Those TV documentaries don’t quite cut it, and some of them have been blasted for putting an inaccurate spin on some aspects of the space programs of both America and Russia. To this day, most astronauts deny that they ever saw evidence of extraterrestrials, for instance. With the right biographies and memoirs, you can catch a glimpse of the real people behind the Space Race and be even more amazed by what they accomplished. 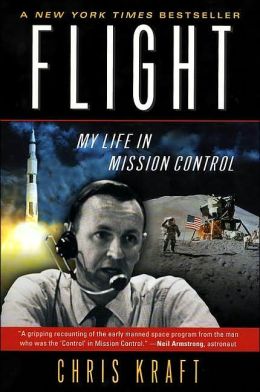 NASA’s first flight director, Christopher Kraft, documents the Space Race as seen from the original Mission Control Center. From watching some early rockets blow up to landing on the Moon, his autobiography is almost as good as having a ringside seat for the Mercury, Gemini and Apollo Programs. He doesn’t cover up the fact that there were power struggles, arguments and personality clashes along the way and acknowledges that he butted heads with a few of the major players himself. He does have a tendency to pounce if somebody messed up (see the chapter on Scott Carpenter’s Aurora 7 flight as an example. Although it may not have been entirely Carpenter’s fault, he did make a comment that may have ticked off Mission Control). He is just as quick to praise other legendary figures like Dr. Robert Gilruth, who was already one of the top names in aviation research before NACA was converted to NASA. A must-read if you want to know what it was like to be in Mission Control during the early days of America’s space program.

Gene Kranz
Failure Is Not An Option 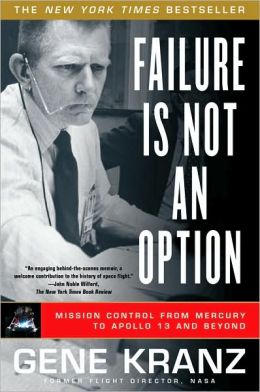 Most famous for bringing Apollo 13 home, Gene Kranz is the third man to have been minted as an American flight director and took on the moniker of “White Flight”. He had been involved in flight control for NASA since the Mercury days and stayed on through the space shuttle program. He developed many of the early flight rules and watched the early members of NASA’s Mission Control pull together as a team at a time when nobody had ever actually flown in space. This adds details on what it was like to work with Chris Kraft and the early astronauts, lose three good men in the Apollo 1 fire, take charge of the Apollo 11 moon landing and develop the procedures that brought an ailing spacecraft home during Apollo 13. Interesting tales include the story behind his signature white vest. 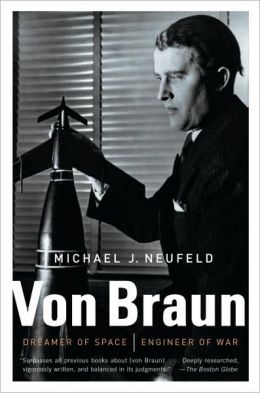 Wernher von Braun is painted as an ambitious rocket engineer who developed the V-2 rocket for the Nazis to slam into London during the Blitz. When it becomes obvious that Nazi Germany is going to lose World War II, he maneuvers his way into a position where he can surrender to the Americans with many of his top rocket men and an intact V-2 that was smuggled out of Peenemunde under the not-quite-lie of keeping it from being captured by the Soviets, setting himself on a course to make contributions to NASA’s early space program. These contributions took the form of the Redstone rocket used for the early Mercury flights, and then the mighty Saturn V used for the lunar landings. Along the way, he helped to popularize space with a series of speeches, books, and a series of Disney documentaries about an imagined future of space flight. One may debate whether he was a dedicated Nazi or another brilliant yet hapless German being coerced by the Nazis, but one thing is certain: his primary goal was to “help turn the wheels of progress.” 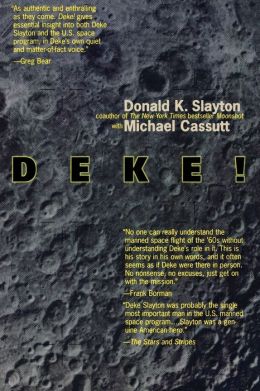 Deke Slayton is the Mercury astronaut who was cheated out of a mission due to a minor heart ailment. Although he was stung by being yanked from flight status by both NASA and the Air Force, he rebounded to become the first Chief Astronaut of the American space program with as much responsibility for its early success as Chris Kraft and Gene Kranz. It took more than a decade, but he finally proved the value of persistence by going into space as part of the Apollo-Soyuz Test Project. In his own quiet, humorous voice, he fills in many of the details of the Space Race from the perspective of the Chief Astronaut who chose the crews who would fly on each mission. If you have any interest at all in the history of space flight, this is one book you won’t be able to put down. 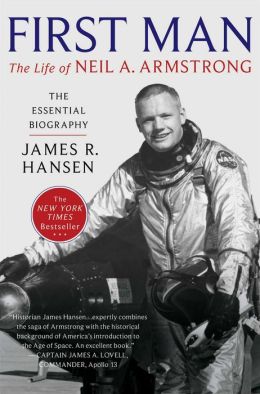 The definitive authorized biography of Neil Armstrong, First Man details the life of the most famous American astronaut. He is presented as a quiet man who dealt with problems ranging from an experimental aircraft that got stuck in mud and handling an out-of-control Gemini spacecraft to being harassed by Moon Landing Hoaxers with the same cool attitude. The First Man on the Moon almost didn’t make it into the astronaut corp at all because his application was late! It’s a thick, extremely detailed book, so be prepared to find a comfortable reading spot and settle in to learn everything you ever wanted to know about Neil Armstrong. You might even be up late than planned while soaking in details like a near miss in Korea that led to the comment, “One hundred feet at that speed is awful doggone low!” 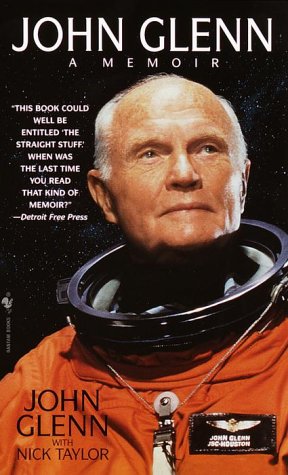 John Glenn shares his story of growing up in small-town Ohio, participating in two wars, and becoming the oldest of the Mercury astronauts and first American to orbit Earth. Interesting moments include incidents in Korea that included flying with a baseball legend and earning nicknames like “Old Magnet Ass” and “MiG Mad Marine”. He also addresses famous incidents described in “The Right Stuff,” like the famous séance in which he argued with Alan Shepard over maintaining the astronauts’ reputation. After his retirement from NASA, he goes into business and politics that included 24 years in the Senate and a failed run for President. He returns to space on the Space Shuttle Discovery in 1998, making him the only astronaut to fly missions for both Mercury and the Space Shuttle, which were then the “book ends” of the American space program. 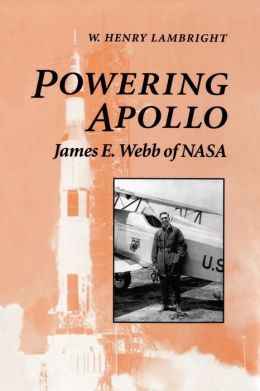 Though not the first NASA administrator, James Webb is the most famous for being the administrator who had the political savvy, connections, and management skills to provide a buffer between senators who wanted to pull the plug on NASA for their own political gain and the engineers, astronauts and flight directors who did the job of getting America to the moon. Though not an engineer, his gift was a unique ability to navigate the shifting political priorities and alliances in Washington. A report he never saw contributed to his downfall and, by the time Apollo 11 landed on the moon, he was out of the picture. This is a frank analysis of a rare breed of government employee who wasn’t afraid to take on Congress and get the job done. 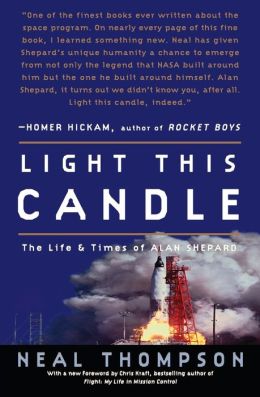 Light This Candle is seen as the definitive biography of Alan Shepard. Known as the Ice Commander, he was the first American in space with Freedom 7’s suborbital flight. Grounded for years with an inner-ear ailment, he finally got his chance at the Moon with Apollo 14. Alan Shepard was often cocky, sarcastic and tough on other astronauts, but could also flip an internal switch and become warm, friendly and charming. The result was a person who could keep his closest associates on their toes because they never could tell which version of Alan Shepard they would be encountering next. He was regarded as being one of the best of America’s early astronauts.

Sergei Korolov
Korolov: How One Man Masterminded the Soviet Drive to Beat America to the Moon 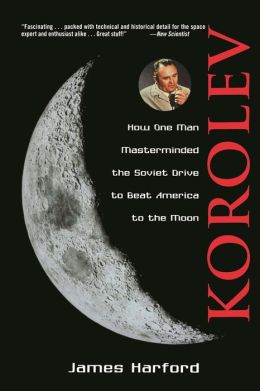 The Soviet space program has been shrouded in secrecy for a long time. Korolev is an attempt to lift part of that veil by revealing the early mastermind behind the Soviet effort to land on the moon. Initially known only as the Chief Designer due to high-level fears that he might become the victim of an assassination attempt, Korolev possessed both the intellect and the political savvy to protect the space program from a paranoid government. It dumps enough of the Soviet propaganda to reveal details like the Chief Designer’s undeserved time in a prison camp and the fact that Yuri Gagarin’s famous space flight came close to killing him. The Soviet space program lost much of its drive and split apart into squabbling factions after his untimely death on the operating table in 1966. Could the Russians have won the race to the Moon if he had survived? It’s very possible. 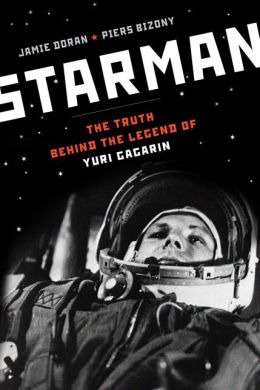 Starman dispels many of the Soviet-built myths behind Yuri Gagarin and presents him as an often flawed human being. Gagarin was chosen by the Soviet regime to be the first man in space because he fit the image that the Soviets wanted to present: that the poor and less advantaged could succeed under the Soviet system. He was generous enough to use his status as a Soviet hero to help fellow Soviets, yet his personal life suffered as his fame put him in the way of temptation. With a change of the Soviet government, he fell out of favor with those in power, considered leaving the Soviet space program in favor of continuing his career as a military aviator, and was finally killed in a suspicious plane crash before the Americans even reached the Moon.