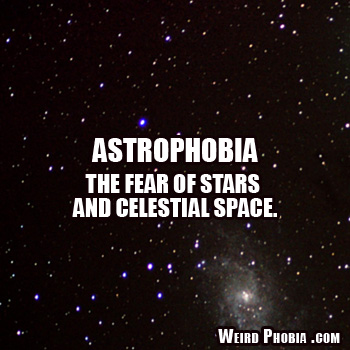 Today I learned something new. There is such a thing called astrophobia – the unreasonable fear of stars and outer space. That recording of Jose Jimenez in a mock-up of a pressure suit pleading with the American people, “Please don’t do this to me!” is a satirical version of astrophobia coming from comedian Bill Dana. Of course, the early astronauts thought it was a real hoot. You might remember that scene in “The Right Stuff” where Alan Shepard is laughing his head off at the poor hapless man who would probably have died of a heart attack if NASA had strapped him into a rocket. Like most phobias, it’s funny unless you suffer from it to the point where you can’t stand to be outside at night.

Okay, most cases of astrophobia aren’t quite this bad. But I hear it helps to be able to laugh at your fear.

To be fair, astronauts will admit that they get nervous about the risks involved in going into outer space if they’re being honest. Gravity was basically every astronaut’s worst nightmare compressed into the amount of time it takes the International Space Station to make one orbit. That video of Challenger blowing up is probably burned into their memories, too. As astronaut Rex Welheim told the Smithsonian magazine,

I think it would depend on how you talk about something like that. If you say, “I’m scared to death,” you might not make it. But you can say, “I’m concerned about my safety.” Frankly, if you’re not concerned about sitting on 10 stories of high explosives, you’re not thinking hard enough. The funny thing is, after 5 years of training, it actually doesn’t cross your mind too much.

I wonder if all those articles bashing Mars One for no reason that can’t be debunked using a fair amount of research and reason weren’t written by people who have astrophobia on some level. In most cases, the solution is simple. Just don’t sign up for anything that could require you to actually go into outer space as part of your job description.

Sometimes, though, the phobia is severe enough to affect people’s lives. A person with astrophobia might get sweaty palms if he sees a Trick-or-Treater in an astronaut costume during Halloween. He avoids movies that feature astronauts and he tells all his friends that Apollo 13 was the most frightening horror movie he ever saw. In the very worst cases, people with astrophobia might find excuses to pull their kids out of school if they hear that an astronaut is coming to visit or their science class is doing the usual unit on astronomy.

Like most phobias, astrophobia can be treated by people who don’t mind the idea of facing their fear. You remember the ending of Apollo 13, right? Not landing on the Moon had to be a massive disappointment, but they made it home safely. People have done some pretty extreme things to face their phobias, like the guy who was terrified of heights but found the nerve to sign up for skydiving lessons. I don’t exactly expect people with to book a suborbital flight on the Lynx II if they are going to be one of those white-knuckled fliers or just don’t have the money to pay for it. (Most people don’t, so don’t feel bad if you never catch a flight on the Lynx II.) More realistically, people with astrophobia might consider facing that particular phobia by picking up a good telescope and star chart and heading out to an area that is away from the lights of the city at night to do some stargazing for as long as they can stand it. They may eventually realize that they enjoy it and keep it up as a hobby.

Of course, a lot of the bloggers who bash on efforts like Mars One won’t admit the real issue. They have astrophobia. They’re quite frankly scared of some aspect involved in outer space and especially space travel whether they excuse it as worries about the psychological aspects of isolation and seeing the same faces every day, the technical obstacles we probably still have to solve, or the ethics of what Mars One is doing. They’re trying to project that fear on everybody else with the assumption that something that’s true for them would naturally be true for everybody. It would have been convenient if they would recognize and face that fear for what it was even though, realistically, they probably won’t.

It ain’t for people with astrophobia, but it can be done. 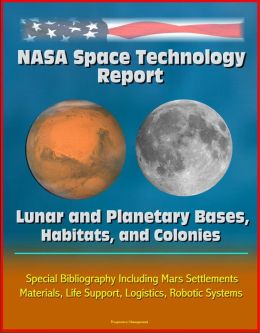