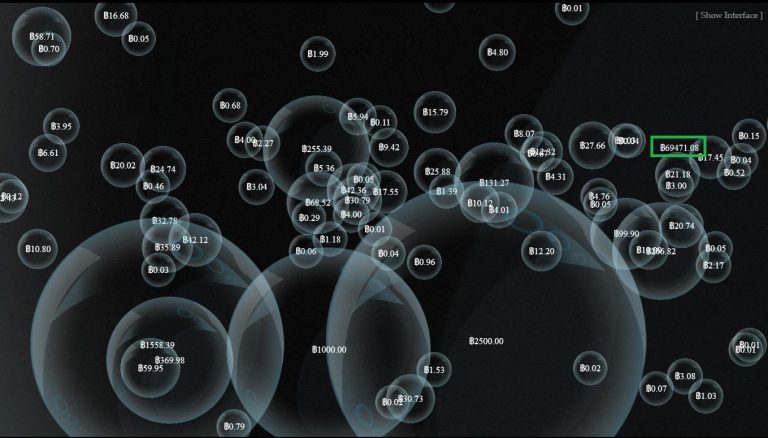 Repeat “It’s a bubble” enough times and it develops something of a rhythm. Like most assets, Bitcoin can experience its ups and downs in price – and, yes, Bitcoin can be considered an asset similar to gold and silver even though you can spend it online easily enough if you know where to look. But is any price over $1000 really a bubble? Or is this simply a case where investors are trying to scare people away from holding cryptocurrencies?

Some people actually think that Bitcoin is undervalued. Estimates show that Bitcoin can jump to anywhere from $3,000 to $11,000 within the next few years. It’s probably not entirely hyperbole when Bitcoin makes a good hedge against economic instability. Argentina has a hyperinflation problem. Bitcoin was designed to be deflationary. While Argentina’s government is too proud and too corrupt to admit that there’s a problem, ordinary citizens are finding alternatives to the Argentine Peso that includes finding ways to get hold of Bitcoin. So it should be no surprise to anyone who didn’t sleep through that macroeconomics class they took as an elective in college that Bitcoin’s value will go up as more people like Argentina’s citizens generate demand for it.

This is usually where any professional analyst has to make a legal disclaimer that this is not supposed to be investment advice and you should make your own judgment calls about whether to buy Bitcoin or not. Bitcoin could crash to $0 tomorrow (and, in fact, is no more immune to panic-sells than the stock market is).

Some analysts do say that the Blockchain is the place to put your money because the Blockchain market could be worth US$7.74 billion by 2024. They may not entirely be wrong. Industry insiders are beginning to recognize that the Blockchain can actually help fight fraud in industries where fraud is a major problem. (I call it a problem when counterfeit products in the pharmaceuticals industry alone has an economic impact of billions of dollars a year. There are people who spend thousands of dollars a year on medicine that they need to manage serious diseases; they don’t need to be worrying about whether that medicine might have come from a less-than-legitimate source too.) So don’t expect the Blockchain to become a “bubble” anytime soon.

There’s also the fact that Bitcoin is losing market share to other cryptocurrencies like DASH. It could be that the ongoing “Bitcoin Civil War” is not helping. Supporters of Bitcoin Core and their rivals, Bitcoin Unlimited, have been going at it like cats and dogs – a matter that has brought about accusations of censorship in popular Reddit subforums, emotional tweetstorms, even battles over hashrates. (I’d be for a reasonable compromise that everybody can get behind, myself. While I don’t expect the Bitcoin community to agree on everything, dust-ups like this can do some serious damage to both Bitcoin and the cryptocurrency community as a whole.) So it’s probably no surprise that some people are jumping from the Bitcoin ship into other altcoins like DASH despite the fact that Bitcoin loyalists think these people are being foolish for essentially diversifying their cryptocurrency portfolio.

Bitcoin could easily become seen as one of several cryptocurrencies that are worth using alongside Ethereum, DASH and Litecoin. There are several useful multiwallets like Coinomi and Jaxx. The cryptocurrency exchange ShapeShift makes it possible to quickly exchange multiple popular cryptocurencies without having to hold Bitcoin as an “in-between” currency, requiring an account or any identifying information beyond the relevant cryptocurrency addresses – meaning, essentially, that you can exchange Dogecoin for Reddcoin and Monero for Potcoin all day long and Shapeshift will not say a word or require you to log in. (If you’re looking to buy Bitcoin first, Paxful exists, but just going by what I’ve heard on Bitcointalk, I recommend LocalBitcoins.)

So one could reasonably call Bitcoin a gateway drug to other cryptocurrencies. It’s the “Wow!” factor of being able to buy and sell without having to ask permission from a third party or raise suspicions by carrying a lot of cash if one wishes to maintain a low profile. It’s the ability to download a wallet without having to show a photo ID first. Even if you can’t buy and sell on the exchanges quite yet (and, yeah, the U.S. government does stink for denying the Winklevoss brothers an ETF license), there’s something sweet about earning your first few Satoshis in a way that nobody will ever know except maybe somebody who’s watching the Bitcoin Blockchain rather closely and knows your Bitcoin address.

One good thing about Bitcoin is that anyone with a cheap tablet and a Wi-Fi connection can use it. When populations that have traditionally been left out of mainstream economic systems figure that much out and can get hold of inexpensive $50 tablets, the price of Bitcoin is going to go up as they work on earning Bitcoin! The same is true for homeless people, individuals who can’t hold a steady job for whatever reason, and pretty much anyone who has ever been cheated by the mainstream financial industry (and you might have been been a victim of fraud or clerical error and not even realize it. Seriously, read your bank and credit card statements.). If someone wants to genuinely earn the title of “Bitcoin Jesus,” that person will be taking Bitcoin to these people who have been left out by the mainstream financial sector.

Such a thing would mean that more people are being included in the global economy. This one thing should make Bitcoin something that globalists should love. Impoverished regions can take advantage of the elements of Bitcoin that make it capable of jumping international borders cheaply, swiftly and securely without getting a payment blocked by an international financial institution for no good reason. Yes, most banks will only do the minimum required by law to make sure an especially large transaction isn’t fraud, but this hasn’t stopped Paypal from shutting down on users just for raising money for charity. Because Bitcoin doesn’t come with the risk of getting shut down by a third party (beyond, obviously, a federal government giving Bitcoin users a hard time), it’s possible for Bitcoin miners to raise money for an organization that helps orphans in Africa without even lifting an eyebrow from the mainstream. Bitcoin enables clients to seamlessly hire freelancers from anywhere in the world on sites like XBTFreelancer. Then those freelancers can spend the Bitcoin they earn on sites like Bitify, eGifter and Gyft. These are all things that Bitcoin can enable in a global economy that is also still getting used to being digitized. When the global economy also include impoverished regions being educated about the ways that Bitcoin can benefit them, that means more people using Bitcoin and, eventually, other cryptocurrencies and pushing the price upward.

The truth is that Bitcoin could jump to $11,000 due to economic markets that either are already unstable, or could become unstable in the near future. It’s a good hedge against instability. However, Bitcoin by itself should not necessarily be seen as a cure-all when the community sometimes risks being split in two due to issues with the developers and valuable altcoins like DASH exist. A bubble? Maybe. But this is a bubble that is getting attention from the financial sector and could skyrocket in price as it includes more people in the global economy.