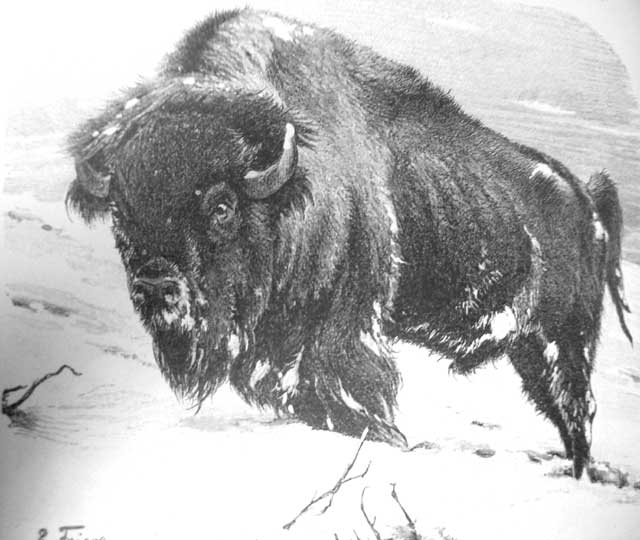 When most people think of bison or buffalo, they usually think of the huge herds that used to thunder across the American plains. You can still see that in movies and documentaries. These majestic animals were almost hunted to extinction by white settlers but have just recently begun to make a comeback. Some people even raise them for food and “bison burgers” are beginning to make an appearance in casual dining restaurants. Curious? Next time you see it on the menu, order one. I bet you won’t be able to tell the difference between bison and beef.

Want to see some bison in the wild? Visit Yellowstone National Park. This park has the largest remaining wild herd of bison. Be sure to drive slowly if you take your car into the park, because you never know when you might see a bison or other large wild animal on the road.

Look for grass-fed labeling for better quality. Grass-fed bison are generally healthy and deliver a better nutritional punch than many more modern methods of feeding bison.

Use less heat. Because bison has less fat, that means less marbling that tends to insulate beef. To avoid overcooking, you should turn down the heat and also check it sooner than beef.

Find some good recipes specifically for bison. You can pretty much substitute bison in your favorite recipes that call for beef, but it does help to have a cooking guide and some recipes handy.

Be sure to savor the experience. Bison packs more flavor than beef and should be watched carefully while you get the hang of cooking it if you’re trying bison for the first time. You also get to enjoy the smell of bison cooking while you keep an eye on it.

Where To Find Bison Meat

Directly from bison farms. If there’s a bison farm near you, be sure to ask the farmer about buying bison direct. This is a great way to support local agriculture.

Online. There are several websites devoted to the sale of bison-based products like meat and leather items. 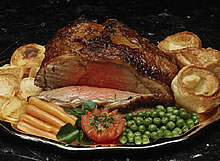 Preheat oven to 350 degrees Fahrenheit. Pat brisket dry and sprinkle lightly with salt and pepper. Line a 6- to 8-quart wide heavy pot with olive oil and heat slightly in oven. Brown meat well on both sides; carefully transfer to platter. Brown onions with bay leaf until golden. Remove from heat and remove half of the onions to a bowl. Arrange brisket on top of onions in the pot and top with remaining onions. Add beer, bullion cube and vinegar; liquid should cover about half of the meat. Bring to a boil; cover pot and braise until meat is tender, about 3 to 3 1/2 hours. Allow to cool in sauce, uncovered, for 30 minutes. Transfer to cutting board; sprinkle lightly with salt and pepper. Slice brisket across the grain and serve with sauce, mashed potatoes and vegetables. 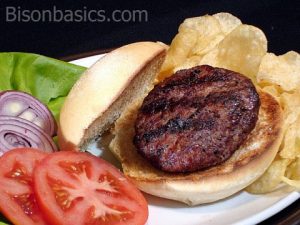 Divide bison meat into patty-sized portions; shape into patty form by hand. Do not over-handle because this can dry out the meat. Sprinkle with salt and pepper. Refrigerate for one hour or make ahead if you’re going to be pressed for time to allow patties to set. While waiting, prepare the grill. Line your grilling surface with oil. Grill patties until they reach an internal temperature of 160 degrees Fahrenheit. If desired, top with cheese slices during the last few minutes of grilling. Serve on buns with your choice of garnishes.

Image Credit: Meals For You

Place bison steak, 1/4 tsp sesame oil, 1 tablespoon plus 1 teaspoon soy sauce, rice wine vinegar, ginger and garlic in tightly sealed plastic sack; shake well to coat. Refrigerate overnight. Prepare vegetables in advance; heat 2 tablespoons sesame oil in bottom of skillet. Add contents of the plastic sack; stir-fry for 3-4 minutes until bison is done. Transfer to platter. Add one tablespoon of vegetable oil to skillet. Stir-fry onion until it starts to brown and then add the rest of the vegetables and 1/4 cup water to steam. Stir quickly until water evaporates. Reduce heat; combine remaining water, oils, soy sauce, brown sugar and cornstarch and stir well until cornstarch is dissolved. Return bison to skillet including juices. Stir well and increase heat to high. Add the water mixture and stir well to avoid sticking. When it boils, turn off heat and serve with rice or noodles.

A Little About Bison 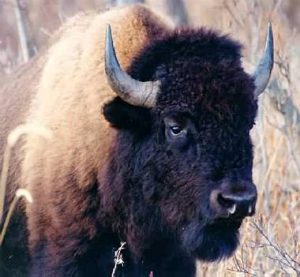 Bison, also called Buffalo, is an iconic part of American wildlife. This animal was an important part of Native American culture, providing food, shelter and many of the essentials of everyday life. The French were among the first Europeans to see and record the massive bison herds and dubbed them “les bouefs,” from their word for oxen. When the English arrived, the French term was distorted into “buffalo”. As the Europeans conquered America, the buffalo was all but wiped out by the end of the 19th century. Later conservation efforts helped numbers rebound and current estimates place the bison population at over 400,000.

Wild bison have a maximum life expectancy of 15 years and domesticated bison can live as long as 25 years. Bulls can weigh up to 2,000 pounds and cows can weigh up to 1,100 pounds. If you’ve ever seen a bison run, you know they’re pretty fast for their size and they can get up to 30 miles per hour. Like any large animal, it is wise to treat a full-grown bison with respect and be careful with the babies because the entire herd will defend them. Stronger males will form a protective circle around the females, babies and weaker individuals in a herd.

Ongoing issues with both wild and domesticated population management include diseases that affect the bison population and could theoretically be spread to cattle farms, communications issues between government agencies that are concerned with bison, and concerns about wild bison populations wandering out of state and national parks into human-occupied lands.

Basically, white bisons are special and anyone who shoots one is a jerk. 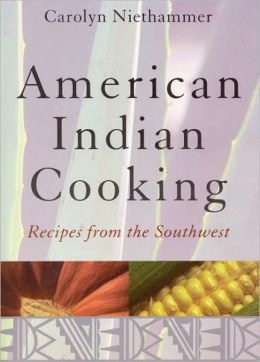 Bison and Bufallo Collectibles on eBay