Can cells found in the nose help a paralyzed man walk again? As weird as that might sound, a transplant of nerve cells that are typically used to detect scents, called olfactory bulbs, were recently transplanted from Darek Fidyka‘s nose to his spinal cord and essentially “retrained” to help him walk after he’d been paralyzed in a knife attack. He is the first person to have received this procedure and, in fact, Professor Goeffrey Raisman said of it:

“We believe that this procedure is the breakthrough which, as it is further developed, will result in a historic change in the currently hopeless outlook for people disabled by spinal cord injury.”

It’s weird, it’s gross, some people might even call it unethical to experiment on human beings even though moving a few cells from the nose to the spinal cord is at least an order of magnitude less extreme than the head transplant that Valery Spiridonov volunteered to undergo in 2017. For people like Mister Spiridonov, it’s a choice between a hypothetical worst-case scenario like going insane after the operation and the certainty of wasting away and eventually dying of complications related to a terminal spinal atrophy disorder called Werdnig-Hoffman Disease. Not much of a choice, maybe, but one that should be available to people who are dying anyway – and, let’s face it, just living has a 100% mortality rate. Eventually, we all end up with a terminal ailment even if it’s just one called being a senior citizen.

If you had the chance to be like Mister Fidyka and walk again after being paralyzed in a vicious attack, would you take it even though it meant moving a bundle of your own cells that would barely fill up the head of a pin? So many people are injured just from being in the wrong place in the wrong time that opponents of stem cell research are entirely wrong in saying that it’s unethical. They should really just admit that the fact that stem cells are often harvested from embryos that may or may not grow into viable fetuses creeps them out a little bit. The idea that getting stem cells this way is unethical doesn’t hold much water when you consider the fact that 2/3 of all embryos never actually make it that far. Would it make more sense to harvest and use stem cells that might still be viable after the embryo fails to develop? What would the world be like if we stopped worrying about embryos that have a one in three chance of being viable and started worrying about developing treatments for actual, living people who are confined to wheelchairs or, worse, hospital beds because their bodies just don’t work right anymore? Is it “ethical” to deny these people a chance to get back on their feet when it might just be a matter of growing some cells in a petri dish?

Embryos are undifferentiated stem cells that aren’t recognizable nerve, skin or heart cells yet. They could become anything. If the idea of using embryonic stem cells is still a little creepy to you, there’s also the option of using stem cells in your own body. These adult stem cells are actually the cells that grow and divide to replace dead or damaged cells. It could be possible to isolate stem cells in healthy cardiovascular tissue and grow it in a lab to repair heart damage, for instance. (And, yes, research into “3D printing” new organs looks promising even if some people apparently think that could cause some serious ethical tangles too.)

The real question is, if you think a new medical technique is “creepy” or unethical, does that give you the right to deny other people the right to try that medical technique? Some experimental medicines could kill a patient that’s dying anyway, but the FDA has “compassionate use” exemptions in its regulatory statutes so that patients who have few enough options and a ticking clock in the form of a terminal illness as it is aren’t denied the right to try drugs that might help even if those drugs haven’t been approved yet. Are organizations that oppose “compassionate use” really worried about ethics, or are they worries about potential lawsuits that happen because a patient died after being given an experimental drug? If it comes down to potential court cases, simply asking the patient who wants access to those drugs to sign the appropriate legal documents should suffice in most situations.

When I heard Mister Spiridonov’s plan to transplant his head, my whole reaction was, “Good luck to that guy,” because I’ve heard about what happened to those monkeys too. If he’s making an informed decision, he knows it’s risky and he’s doing it anyway with possibly more benefit than simply languishing away in a useless body. It’s going to happen in 2017, so he’s got time to back out if he gets cold feet. Really all that Darek Fidyka‘s medical team did was move some cells from his nose to a petri dish and then from the petri dish to his spinal cord and I hear it’s working well for him so far. Just about any new technique, technology or concept that actually works can be made to sound creepy or just plain morally wrong until people get used to it or at least acknowledge that it’s effective and people are actually voluntarily signing up for this. 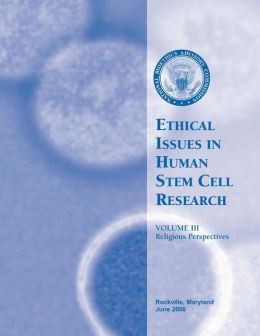 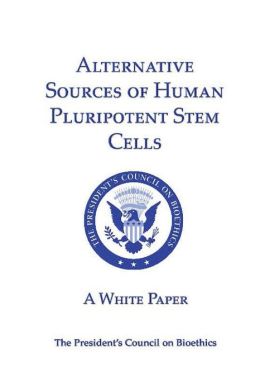