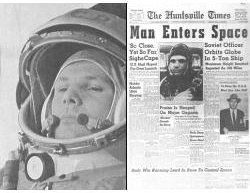 The U.N. General Assembly has declared April 12th the International Day of Human Space Flight. Why this day? Well, on April 12, 1961, a Russian cosmonaut named Yuri Gagarin was launched on a single orbit around Earth. It was an important breakthrough and one in a series of Space Race firsts on the Russian side. Manned space flight has been the catalyst of many scientific breakthroughs since then and continues to capture the imagination of people around the world. 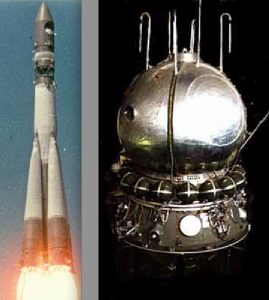 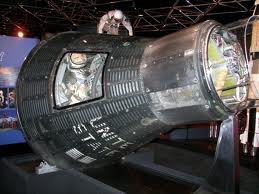 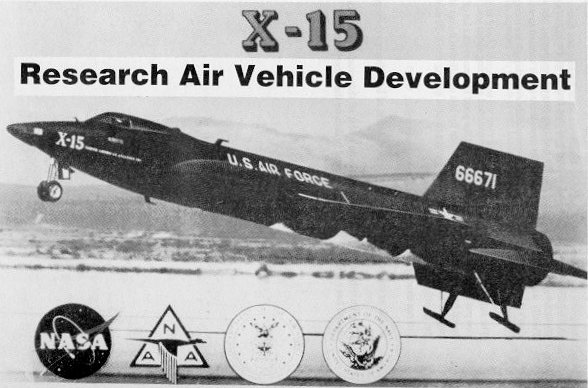 The X-15, capable of reaching the edge of space. Image credit: NASA 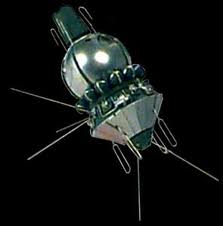 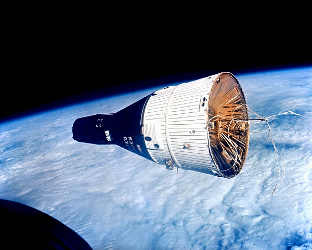 A photograph taken during the Gemini 7/6 missions. Image credit USCD

January 27, 1967: Apollo 1.  The world receives a harsh reminder of the hazards of space flight when Gus Grissom, Ed White and Roger Chaffee are killed in a fire during what should have been a low-risk ground test of the Apollo Block 1 spacecraft. This effectively calls a halt to the American manned space program for 1967 and most of 1968 while NASA pursues an investigation and makes improvements to the Apollo spacecraft and procedures.

The Final Push to the Moon 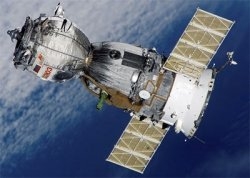 With its origins in the Space Race, versions of the Soyuz has seen a long history in the Russian space program and are still used to deliver crew members to the International Space Station. Image credit: America Space 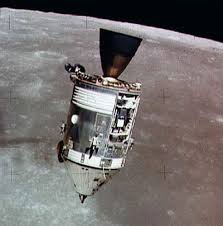 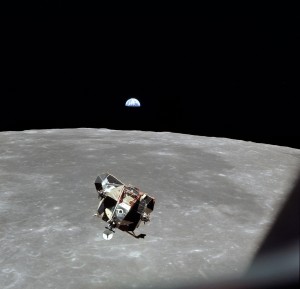 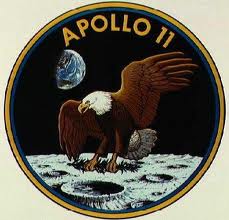 July 16-24, 1969: Apollo 11. America becomes the first nation to land men on the Moon and bring them home safely. Neil Armstrong, Buzz Aldrin and Michael Collins fly into history with Eagle as the Lunar Module and Columbia as the command module. The world pauses to watch as computer errors and a rocky landing site cause excitement. Neil Armstrong takes manual control of the Eagle to find a better landing site. Too excited to sleep, they prepare for the first lunar EVA and Neil Armstrong takes his first step on the lunar surface: “That’s one small step for man, one giant leap for mankind.” Buzz Aldrin follows with, “Beautiful, beautiful, magnificent desolation.” Collins remains in orbit and tries to spot them in their new landing site, but never sees them. On the way back, they reflect on the symbolic meaning of their historic mission and come home to a few weeks in quarantine, and then go on a whirlwind world tour. 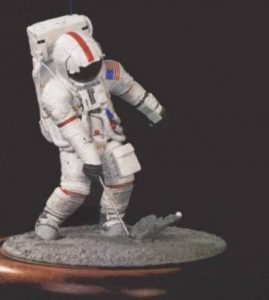 An astronaut works with the lunar rover on the moon. Image credit NASA

The Apollo 16 crew takes the lunar rover out for a drive, including a speed test that became popularized as the first lunar Grand Prix. 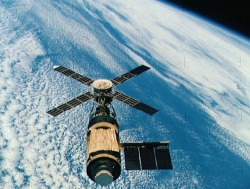 Skylab was America’s record-setting space station, which set records for longest mission duration (84 days), longest spacewalk (7 hours 1 minute), first comet observed from orbit, and first solar flare observed from orbit. It was mainly constructed using parts left over from the Apollo Program and hosted three crews. It was considered a huge success for its time and added a considerable amount of knowledge about living and working in a space environment. Learn more about Skylab here

An Educational Documentary about Skylab 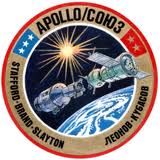 Deke Slayton had been fighting for a space flight for years. He had been yanked from his Mercury flight and grounded because of a minor heart condition and was finally able to convince doctors to clear him for space flight. Unfortunately, it was too late for him to make an Apollo moon mission or even Skylab. He still had one option with the Apollo-Soyuz Test Project, which was the first international mission between the Soviets and the Americans. Fellow crewmates included Thomas Stafford and Vance Brand on the American side and Alexei Leonov and Valery Kubasov on the Russian side.

Notable firsts included the first American visit to Russia’s “Star City,” home to Russia’s cosmonauts, the first docking between an American and a Russian spacecraft, and the first recorded international “gotcha” in space. One of the Russian cosmonauts gave Slayton a pack of what he claimed was vodka. When Slayton tasted it, the contents turned out to be borscht. At the time, diplomats hoped that this would lead to more joint space missions, but relations between the two superpowers cooled soon afterwards. This put a halt to more joint space operations until the Shuttle-Mir and International Space Station programs.