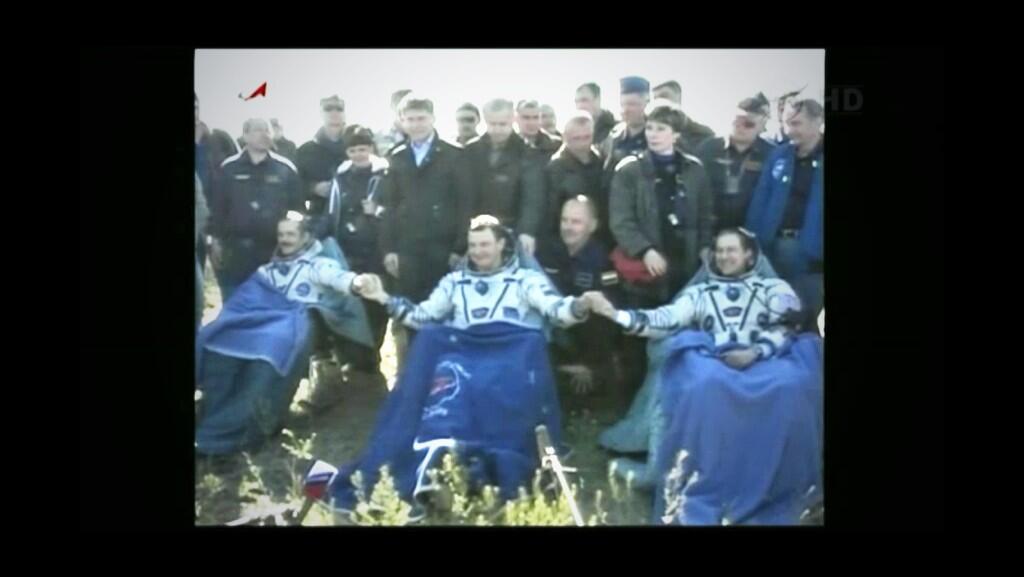 I’m proud of these guys, how about you? Image credit Twitter

What do you do when news goes trending and CNN, FOX and MSNBC seem intent on ignoring it? You make a blog entry out of it, of course. If you were on Twitter on the night of May 13, 2013 and paying any attention at all, you know that three items went trending: #ISS, #TMA07M, #Soyuz and Roman Romanenko. I mean, all the people I was following (well, most of them) were tweeting about it. And what did the TV news channels have to say about it? Well, the most I saw was something CNN posted on the Internet: 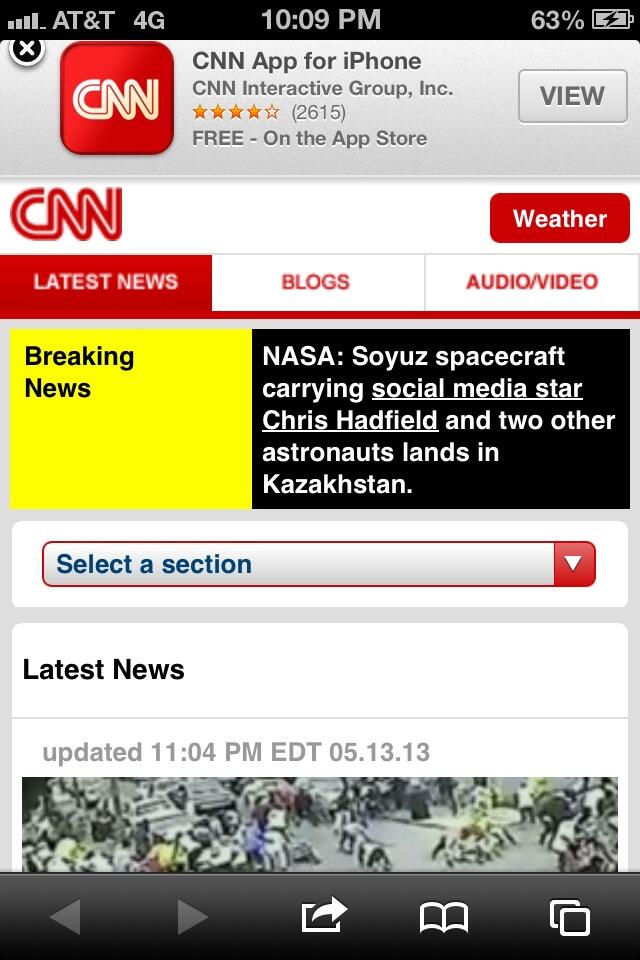 When I saw that one, I saved it as “CNNFail.jpg.” As in CNN failed miserably. If you can’t be bothered to name the other two astronauts, why even bother? For the record, the names of the astronauts and cosmonaut who just landed are Chris Hadfield, Roman Romanenko and Tom Marshburn.

Oh, and #hadfield is now trending on Twitter. There is justice in the universe.

So the major networks wonder why folks like me refuse to watch them. They didn’t do a good job of covering the Space Shuttle except for maybe showing live launches. One of them, I forget which one, got Neil Armstrong’s name wrong and called him Neil Young the day Armstrong died. They barely mentioned that irritating coolant leak on ISS that required a contingency spacewalk. They don’t transmit any of the news that I, as an intelligent, thinking person, care about.

One of these days, CNN, FOX and MSNBC are going to figure out that more people are turning to the Internet for news. Twitter has been danged cool lately. NASA.gov and Space.com are cool sites to look for news that I actually want to read. And if you haven’t listened to Commander Hadfield’s rendition of “Space Oddity” yet, do it. What the tar…

Because you can’t count on the news services to do anything right.

Does anybody think I should do a blog post with all of Commander Hadfield’s music videos? Here’s another good one:

Anyway, I’ll sign off for now. And to the guys at the major news services, if you’re reading this, I think I’ll turn to the NASA Channel the next time I want news about my favorite people.