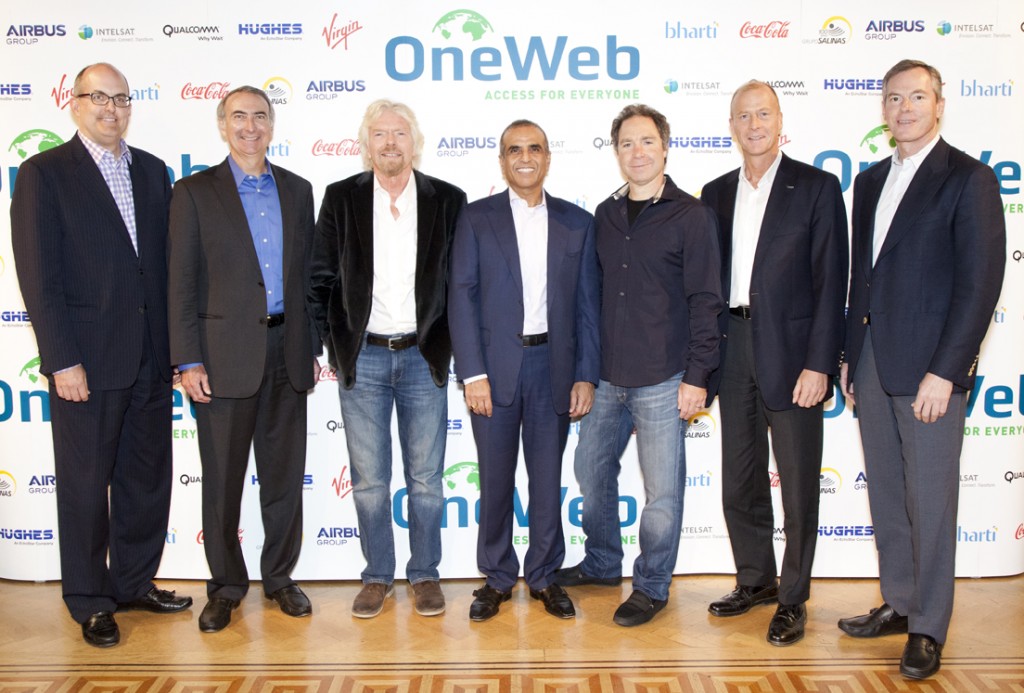 OneWeb’s Board of Directors.

By now, you may have heard the news that OneWeb has signed a contract with Virgin Galactic to provide 39 satellite launches with the option of up to 100 more, as well as purchasing 21 Soyuz launches from ArianeSpace. It probably didn’t hurt that Richard Branson is apparently on OneWeb’s board of directors, but before you howl about “insider” activity, you might consider the fact that these satellite launches will further the goal of providing Internet access to areas that might have previously been ignored by Internet service providers who believe that there is no market.

This will also encourage the mass production of Virgin Galactic’s LauncherOne, helping to bring the cost per launch down and pushing Virgin Galactic forward as a possible major launch services provider. As Virgin Galactic CEO George Whitesides put it:

“Virgin Galactic is hard at work to provide responsive launch capability to support OneWeb’s historic constellation. The scale of this order will drive our manufacturing rates to achieve unprecedented cost reductions for small satellite launch. We are excited to support OneWeb and its partners as they harness the potential of small satellites to create new opportunities for all.”

The goal of OneWeb is to create a constellation of 648 satellites that is capable of providing Internet connectivity to the entire Planet Earth with target launch dates in 2019. These satellites will be able to connect with low-cost terminals that emit LTE, 3G and WiFi signals to provide high-speed wireless access and can be used nearly anywhere – even 30,000 feet up in a jet plane. OneWeb anticipates that these terminals can be quickly deployed to provide connectivity in a region that has been hit by a natural disaster that knocked out normal communications with the outside world, used by individuals who rely on being able to communicate via Internet even when they aren’t close to a WiFi hotspot, and sent to community and education centers in less privileged parts of the world to provide better opportunities for underserved regions.

Why do this? Despite the fact that some uninformed detractors might call this an expensive stunt, OneWeb realizes that half the world’s population does not have easy access to the Internet. Perhaps it is no coincidence that nearly half (about 40%) of the humans on this planet have no access to banking services and, thus, no easy way to pay for Internet service. I’ve made the point before that cryptocurrencies like Bitcoin can help close the economic gap, and in fact Bitcoin core developer Jeff Garzik is also currently working on plans to launch Bitcoin nodes into orbit, but even that needs to go hand in hand with a way to access marketplaces that deal in Bitcoin so that more people can buy and sell without needing access to a bank account. The kind of connectivity that OneWeb’s plan can provide could be the additional boost needed to provide more economic opportunities to people who currently do not have access to the same tools that you probably take for granted if you’re reading this.

With $500 million of funding from investors and a signed contract with Virgin Galactic, OneWorld is poised to provide connectivity to troubled areas and populations that might not have been able to afford Internet access.