Should we terraform Mars, or bioengineer our species to adapt to our new environment? It’s an interesting question. My personal feeling is that we shouldn’t rush into anything we might regret. We get plans like slamming asteroids into Mars’ polar caps because the human species gets impatient. It’s fortunate that most sensible plans for terraforming take centuries. I see no reason to rush things in case new data comes in that might make us rethink our approach or something starts going wrong.

When we talk about terraforming other planets, we should remember that we’re still discussing theoretical methods. We’ve already found many of the wrong ways to change a planetary system. Take the wrong approach with trying to make Mars Earth-like, and we could end up with a planet that’s very similar to Venus with its runaway greenhouse effect and corrosive chemicals that can destroy our probes within hours. I wince anytime I hear people talk about colonizing Venus even with the idea of building Cloud Cities because Mars is at least doable as it is now if we don’t mind building enclosed environments for ourselves. Considering the limited number of habitable planets in our solar system, we should remember that theoretical terraforming models could backfire on us.

Bioengineering has its positive points, though. Humans are good at developing technology that can help us thrive in hostile environments. We evolved in Africa, same as the lion. Dump a lion in the far north of Canada and he wouldn’t be able to compete with the polar bear. Do the same with a human and he would build a fire and shelter to keep himself warm, keep poor weather off, cook food and keep carnivores away because he has the advantages of a large, well-developed brain and opposable thumbs. He doesn’t expect the environment to become similar to the African Savannah to suit himself. Instead, he finds ways to survive in his new environment. The ability to adapt ourselves to any environment we find ourselves in, including the Martian environment, will be equally advantageous when we colonize other planets.

Bioengineering does bring up some interesting philosophical issues. Would a bioengineered person even be thought of as human? Some people say that changing our species too fast will lead to conflict because Martians won’t have a lot in common with Earthlings. Some of them are the same kind of people who have no problem with glowing rabbits and transparent mice because, well, they’re animals and not people. I predict that the rift will happen anyway for reasons similar to the rift between Europe and the original 13 colonies that led to the creation of the United States of America. There was a serious disconnect between the priorities of the British Empire and the priorities of second- and third-generation colonists who were used to surviving on the frontier. For this reason, I see no reason to hold back bioengineering technology out of fear that it will lead to conflict when such technology could give our descendants an extra advantage on top of greater experience with living and working on the Martian frontier when the conflict hits their home turf.

People complain about the costs involved in space travel and a lot of the expense involves keeping humans alive in a hostile environment because it adds whole levels of complexity. Which approach would be cheaper and quicker, terraforming Mars in a way that doesn’t involve smashing asteroids into the polar tips with all the risk of missing and causing serious damage this entails, or bioengineering humans who might not want to wait centuries to see Mars become more Earthlike? Bioengineering will be an effort that you can see the results of in only a few generations.

Once we’ve colonized Mars, where do we go from there? Many people say that the future Martian economy may well be based on providing a shipyard for further space explorations, simply because it’s cheaper to launch spacecraft from the lower gravity of Mars than it is on Earth. What should we do when we inevitably encounter some form of complex life? It could happen even in some pockets of Mars that may still hold liquid water, and less ethical people would have no problem with shoving such life aside to make room for humanity. While I wouldn’t be very upset if the destroyed life is just microbes, this is why I ignore the people who say we don’t “deserve” to expand into space for ethical reasons. If ethical people don’t expand into space, that makes room for unethical people who would have no trouble destroying that life to make more room for them. This is also one reason why I believe we should have the capability to adapt ourselves to our environment. Terraforming a planet too quickly without allowing the native life time to adapt could leave us with yet another genocide on our conscience in the event that some of this life was sentient. Bioengineering ourselves will give us a chance to live alongside that native life and study it in a way that doesn’t involve handling fossils.

Terraforming is an option on a completely dead world, but I would prefer that this not be the only option when terraforming could backfire on us. When one sets aside certain philosophical issues and considers the ways that terraforming could have undesired effects, bioengineering can become attractive as a way to adapt ourselves to our environment rather than expecting the environment to adapt to us. 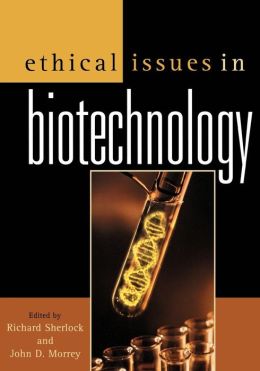