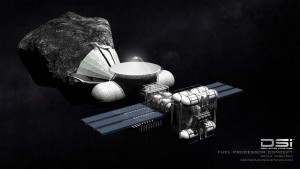 If you’re at all interested in the future of humanity’s presence in space, you may have heard by now that the U.S. Congress has passed a bill recognizing the ownership of natural resources brought home from outer space. While this may sound controversial to those who claim that outer space should belong to all of humanity like this blogger does, realists in this arena recognize that Congress has simply cleared up a vague legal point. In the real world, resources belong to those who can take and hold them regardless of what governments say at any given time. Natural resources in outer space will belong, not to all of humanity, but to individuals and corporations that show enough initiative to retrieve them.

In an ideal situation, this wouldn’t be an issue. We could simply apply many of the same laws that apply to international waters. Nobody disputes the ownership of fish caught somewhere in the middle of the ocean. Because the fishermen involved showed a little initiative and brought them in, they simply have the right to sell them at the current market price. It sure beats storing those fish in a warehouse somewhere while all parties involved duke it out in a courtroom until the fish are all smelly and unusable, and not even frozen fish lasts forever. By the same logic, future interplanetary “fishermen” – space miners – are going to sell the resources to nations that aren’t going to give them a huge legal hassle about it when they’ve just completed a long and stressful stint in the asteroid belt.

Treaties? Pfff. As we saw with the events leading up to World War II, treaties can be ignored when they become “inconvenient.” Senators have gone on record as opposing any nuclear armaments deal with the Soviet Union on the grounds that it would have been difficult to verify that the Soviets were holding up their end of the deal in the era before we had satellite imagery that can pick out somebody’s car from a geosynchronous orbit. It’s nothing unusual for nations to look for any kind of “wiggle room” they can get out of an international agreement. It would be equally easy for the U.S. to back out of the Outer Space Treaty of 1967 on the grounds that it has become outdated and even easier to ignore a treaty that the U.S. never signed, such as the Moon Agreement of 1979.

Even accusations that the United States is the second largest polluter on Earth is not grounds for shutting down space mining operations. Actually, this should be considered an argument in favor of moving as much of our mining and manufacturing industries off Earth as possible because I don’t see the demand for mass produced products slowing down anytime soon. If you’ve ever seen “before and after” photos of areas that have mines, you know that the mining industry destroys landscapes and local ecosystems. Mining makes use of highly toxic chemicals that not only damage the health of miners, but also do further damage to the environment. It would be unfeasible to reduce the demand for mined resources without practically destroying our industrial economy, so heavy-duty mining of the asteroids, possibly making heavy use of robots that are less likely to be harmed by toxic chemicals, can fill the demand while giving Earth a chance to start healing. 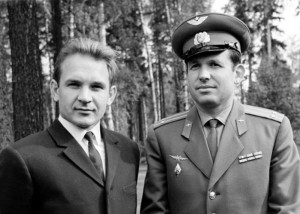 The crew of Soyuz 6, Georgi Shonin and Valeri Kubasov, were the first to test welding techniques in orbit.

Before you laugh at the idea of manufacturing off-world, the Russian space program has been known to experiment with simple manufacturing tasks in Earth orbit. Manufacturing of spacecraft could easily become an economic linchpin of the Moon, Mars or both simply because it would be less costly to launch from a world with lower gravity. Even if we never find the remains of a Martian ecosystem, the nature of closed space colonies will provide incentives for the development of better and cleaner manufacturing technologies that can be licensed for use back on Earth.

When it comes to managing raw resources throughout our solar system, our list of obligations should be as short as possible while still considering the fact that there are real humans involved. We are under no obligation to maintain outer space in a condition that is any more pristine than we would need to create livable space colonies, mining operations, and manufacturing centers. One could even argue that we have an obligation to tap these resources for the sake of reducing violent conflicts fought over resources, eliminating pollution that harms both human health and Earth’s environment, and opening up new opportunities for people who crave the dignity of being self-sufficient.

I’ve already covered the ethics of space in other blog entries, but one thing I might add is: Is it ethical to hold back human progress simply because you fear destroying something precious in our solar system? If there is anything left of a Martian ecosystem, it’s hidden in underground deposits of liquid water. Jupiter’s largest moon, Ganymede, has a hidden reservoir of liquid salt water. So does Ganymede, one of Saturn’s moons, and Titan probably also has an ocean of liquid water. Liquid water may mean life. We may never know for certain unless we go there and find out for ourselves and we have time to science the shit out of this before space mining really gets into full swing. If and when we find it, then we can decide what to do about it.

Otherwise, it would be useless to maintain the pristine nature of a thing that was never alive to begin with. We can mine asteroids to our heart’s content with no more concern about ethics than it takes to treat mine workers decently until we run into the unlikely scenario where we flew our spaceship into the belly of a creature that is native to the asteroid belt.

When it gets down to cases, I prefer that the resources mined in the asteroid belt be sold to nations that are actually relatively sane. Although the U.S. does have its flaws, I could think of nations and organizations that should never get their hands on those resources under any circumstances. While we’re arguing about the ethics, a nation that doesn’t care as much about the fine points of human rights could mine the first trillion dollar asteroid and then there won’t be much left to argue about except why the heck we let this happen. Space mining companies will sell to anyone willing to acknowledge their claim. So it’s good that the U.S. cleared up some legal vagaries regarding mining space resources.