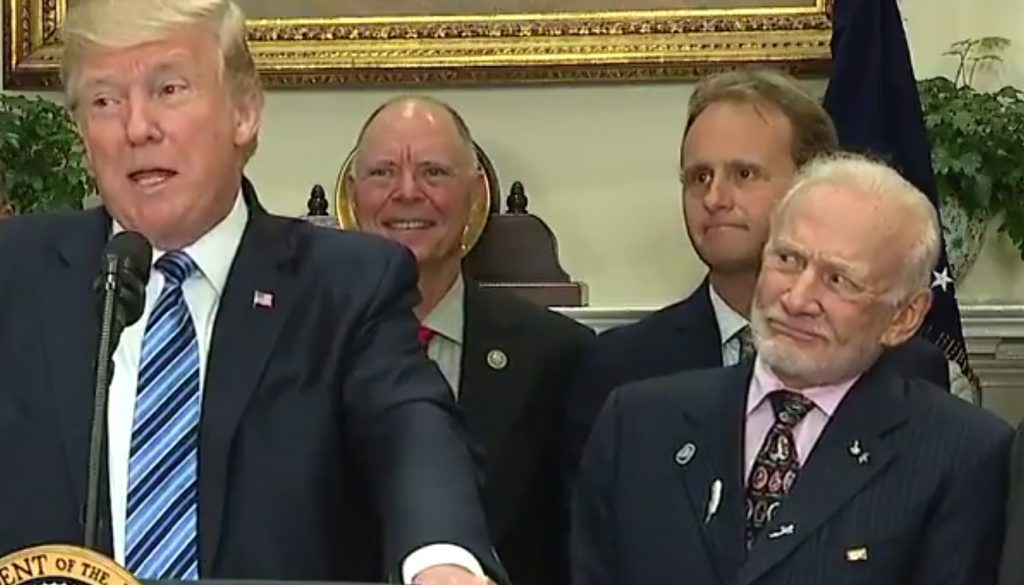 If you follow space-themed groups on Facebook, you may have seen the faces made by Buzz Aldrin during that ceremony in which Donald Trump announced the resurrection of the National Space Council, which had not been active since George H.W. Bush left office in 1993. Part of it may have been caused by Trump apparent … END_OF_DOCUMENT_TOKEN_TO_BE_REPLACED