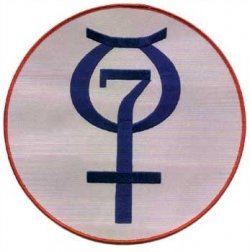 The Mercury missions were NASA’s first serious effort to send American astronauts into space. One of its primary objectives was to prove that humans could live and work above Earth’s atmosphere. Along the way, there were several technical challenges, successes, and occasional frightening moments for both the Original Seven Mercury astronauts and those supporting them on the ground. 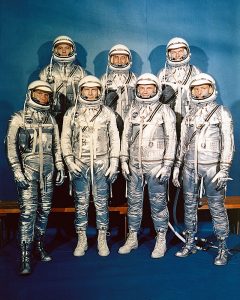 The Original Seven, so called because they were America’s first astronauts, were all military men and superb test pilots. NASA announced their selection on April 9th, 1959. They became instant heroes and received national attention for their courage and willingness to push into new frontiers in space and aviation. 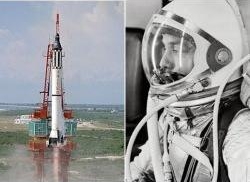 Alan Shepard flew the first suborbital flight of the Mercury Program, named Freedom 7, and also walked on the Moon as part of Apollo 14. He also worked with Deke Slayton as chief of the Astronaut Office. 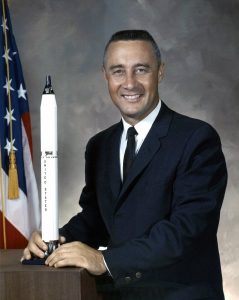 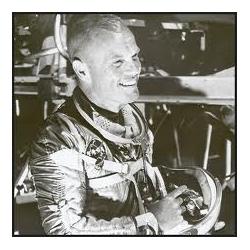 John Glenn was the first American to orbit Earth in Friendship 7. He served 24 years as a U.S. Senator and also flew STS-95 on the Space Shuttle Discovery.

Scott Carpenter flew the second orbital mission for the Mercury Program, named Aurora 7, and also served as an aquanaut in Sealab II. 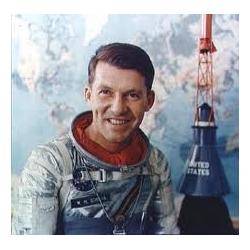 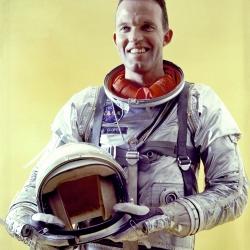 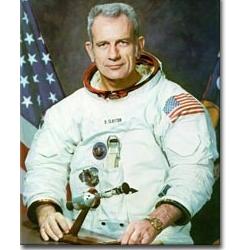 Yanked from his Mercury flight due to a minor heart condition, Deke Slayton became the first Chief Astronaut, responsible for managing the astronauts and assigning crews. He flew on the Apollo-Soyuz Test Project.

Introduction of the Mercury Seven 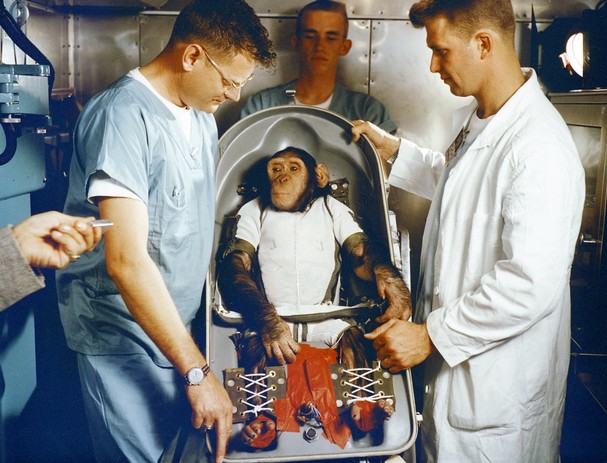 Six chimpanzees deserve special mention for their participation in the Mercury program. Once the Mercury Project ended, the cadre of “Monkeynauts” — often the subject of jokes from other test pilots and frustration from the Mercury astronauts — were retired and the chimps dispersed.

Learn more about the chimps!

This is the reconstructed tale of the chimpanzees who participated in the space program. Be sure to have some Kleenex handy when you watch it; I couldn’t keep from crying at some parts.

At the beginning of the Mercury program, NASA set down three objectives:

NASA also established a number of guidelines for the program:

Other requirements included a reliable launch-escape system in case of impending failure, granting the astronauts the ability to manually control their vehicles, a retrorocket capable of reliably bringing the spacecraft out of orbit, a zero-lift body that would use drag braking for reentry, and a spacecraft design that would satisfy the requirements for a water landing.

Those working on the program did have to develop a system for monitoring the levels of oxygen and carbon dioxide in the spacecraft cabin and in space suits, as well as a way to monitor blood pressure in flight. Otherwise, the guidelines for the program were followed fairly well, considering the complexity and redundancy requirements on the overall system. 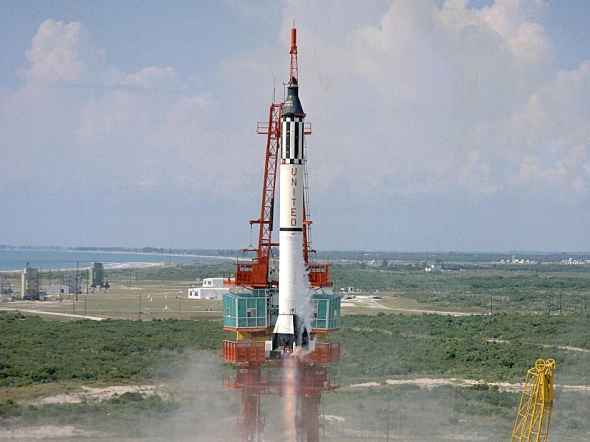 The Mercury spacecraft used Redstone rockets for the suborbital flights and Atlas rockets for the orbital flights. These rockets were developed by German engineer Wernher von Braun, who had long dreamed of using his missiles for peaceful space exploration. The Redstones could produce 75,000 pounds of thrust and reach a top speed of 3,800 miles per hour. They were nearly 70 feet tall and 6 feet in diameter. The first Redstone launch occurred at Cape Canaveral, Florida on August 20th, 1953. It traveled only 8,000 yards but officials considered this a successful first test. 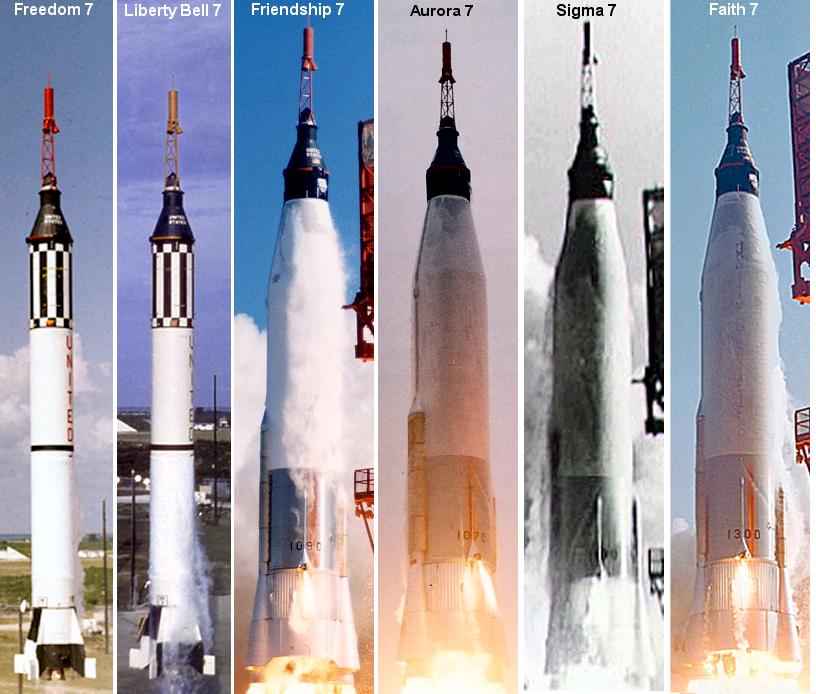 The Atlas rockets have been through quite a few versions, including the Atlas V in use today. The first version, known as an Atlas-A missile, flew only suborbital test flights, the first of which was a failure. The Atlas-B missile also flew test flights, including a satellite communications experiment known as SCORE. The Atlas-D was used to launch the Mercury capsules.

The manned capsule was a cone-shaped spacecraft, 6’10” long, 6′ 2.5″ in diameter, and including an escape tower that was 19’2″ long. The capsule included a heat shield that could withstand the 3000-degree heat of reentry.

Mercury included six manned flights. Each spacecraft was named by the astronaut manning it. They would add “7” to the names in tribute to the original seven astronauts. Note that Deke Slayton did not get one of these flights; he had been grounded due to a heart condition but took charge of the Astronaut Office.

We Seven: By The Astronauts Themselves 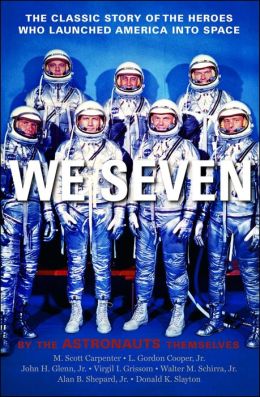 The astronauts tell the story of selection, training and flying the Mercury missions in their own words.

The Right Stuff catches the spirit of the Mercury era. A few inaccuracies, but overall a fun book and movie that should have been a bigger hit than it was. Keep your eyes peeled for Chuck Yeager in a cowboy hat and recorded footage of the real astronauts.