Do you ever hear about how certain types of people are disproportionately sentenced to longer jail terms? If you live in America, you might have. Of course, a lot of people take the attitude of, “If you do the crime, you do the time.” I’m not advocating releasing potentially dangerous criminals from prison right this minute, regardless of what race they are, and I’ll admit that I have very little patience for people who play the race card when they know perfectly well that they have it coming. They do it because they know it works. And I won’t argue with the fact that places that are tough on crime tend to have lower crime rates. Even the rampantly liberal California has tried with the “Three strikes and you’re out” policy designed to get repeat offenders off the streets. Ideally, a few years in prison should make people think twice before having a relapse anyhow. But a system that favors the rich over the poor even when their cases are very similar is flawed.

It’s easy to blame the judges for being human. They can make mistakes, a small minority could be bribed, and you hear about activist judges whose rulings have little to do with the laws on the books or who made the better case. In fact, we won’t get a judge that is 100% impartial on all issues until we can automate the job. A computer wouldn’t get emotionally attached to the issue at hand or bring its own opinions into the case. With some completely honest programmers, it could at least be counted on to make rulings based on whomever delivers the best case with completely legal evidence. Until then, the best we’ll be able to do is the jury system. I know it’s a nuisance to have to serve as a juror, but juries of average citizens can at least consider the facts of a case from the perspective of people who have everyday lives outside of a courtroom.

On the flip side, some judges probably wince inwardly whenever they watch a defense lawyer on the government payroll make some rudimentary mistake. A lot of judges used to be lawyers, so at least they know the ropes pretty well. This defense lawyer might be somebody who just graduated from law school and is building experience so he can get into a private firm. Or he might be getting pretty close to retirement and just doesn’t care about his reputation anymore. These are the ones who usually get assigned to defendants who can’t afford a lawyer of their own. As any savvy consumer know, your cheapest option isn’t necessarily your best bargain and that’s how you hear about rich lawbreakers getting off with lighter sentences. They can simply afford lawyers who know how to either win criminal cases or get a good plea deal.

So the wealthy businessman gets the good lawyers and the public defenders get this arrogant little twerp who has been accused of a drive-by shooting. (Yeah, I can sympathize with the public defenders too. They get stuck with all the shit that goes on in the ghetto.) And that’s just America, theoretically the land of equality for all that the capitalist system seems to reward both the people who suck it up and do what it takes to succeed in life and the ones who don’t cheat too obviously. Putting all the lawyers on the government payroll and paying them all equally might seem to solve the problem if people wouldn’t howl about the inevitable addition to the national deficit (Does the government really need to be paying that many more salaries?) and the truly good trial lawyers wouldn’t howl about having to take a cut in pay. Make all the lawyers equal, and theoretically that will be a first step towards leveling the playing field between the stock broker who is accused of running a Ponzi scheme and the teenager who is accused of stealing somebody’s wallet. But I’m sure we all know that’s not going to happen.

You might be one of those people who just takes it for granted that your judicial system is skewed one way or the other. Some places go way beyond handing down tougher sentences for certain minorities. You might have heard about India’s caste system in which there is a whole group of people that is considered “untouchable” and gets stuck doing everybody else’s dirty work. The issue appears to crop up every election season in India: Some politicians just shrug and say that’s just the way things are. Others want to have a form of affirmative action in which a certain number of jobs are set aside for the “untouchables.” Probably the issue won’t ever become solved until everybody quits worrying about whatever the equivalent of India’s caste system is in your country and, paraphrasing Martin Luther King Jr. here, simply judge people not by the color of their skin or any other factor that they can’t change, but by the content of their character.

You could Google actual lists of the most corrupt countries on Earth. If someone screws you over and you can’t afford a bigger bribe than your opponent, you might as well forget about justice. The people who complain about the privileges of the rich and powerful ought to be focusing on corruption on this level. At least in America, Microsoft won’t really have a leg to stand on if you decide to buy a custom-made computer with Linux as an OS. It would be very difficult for them to force the right to establish a monopoly in a kangaroo court even when the judge owns Microsoft stock. If he’s honest, he’ll remove himself from the case for a conflict of interest.

Remember that direct voting thing I was talking about in another blog post? That’s probably going to be our method for settling disputes on Mars in the absence of a formal courtroom. I won’t say it’s going to be a perfect system. It’s always possible that Fred will be spending a lot of time trying to ingratiate himself with other colonists so he can call in favors the next time George accuses him of something. Then he’d better hope that his fellow colonists don’t already have him pegged as a suck-up and general troublemaker. There are bullies who can be charming to everyone but their chosen victims, though, so George would be well-advised to have video evidence on his side. This would theoretically not be too difficult with the Mars One system unless Fred has been tampering with the cameras.

However, there are benefits to having direct voting as a justice system. I’ve said that we’ll probably have some kind of a barter system on Mars. If I had to use my avocados plus take on a lot of chores just so I could bribe enough people to vote my way, it would probably get to the point where it’s just not worth it. And our fictional Fred is lazier than me. So I could possibly use the Socratic method to make both Fred and his supporters look like idiots by exposing weaknesses in their arguments or at least helping the supporters see that Fred is all hot air and no substance. Letting George win this round could make Fred think twice about causing trouble in the future.

Would it be possible to have a completely perfect justice system? Not for as long as humans are involved. Not even the jury system is foolproof when so many jurors just want to get the verdict in and go home. You hear so many stories of people going to jail for crimes they didn’t commit partly because of stuff like that. That’s why America has so many constitutional guarantees designed to protect people from runaway law enforcement and judicial systems. It’s a way to put checks on a system that everybody knows is going to be flawed anyway.

More On This Topic 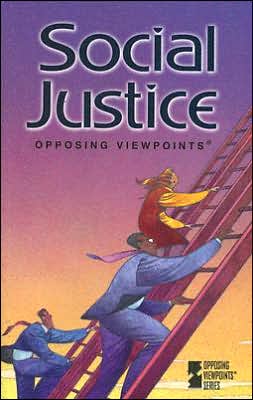 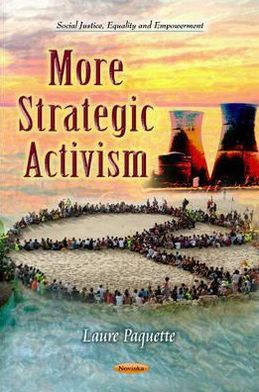