Image credit: Revolutionary War and Beyond

So you hear about somebody who has practically gotten caught red-handed while murdering a family in their own home. If you’re like most people, your first thought is that this sicko should be put in a straitjacket and locked away if not put to death for what he did. It’s an ordinary human reflex and maybe he deserves it. But, in America, that doesn’t mean he’s not going to stand trial when it’s his turn because we have this thing called the Bill of Rights, which along with addressing many flaws in the judicial system that the Founding Fathers considered important issues, forbids arbitrary arrest and long imprisonment without trial. The Sixth Amendment specifically reads:

It’s a way to avoid the scenario like you might have seen in “The Count of Monte Cristo,” in which a man accuses a romantic rival of treason to the Crown, thus removing him from the picture by having him locked up without so much as an appearance in front of a judge. And of course the accused manages to escape and comes back to haunt his accuser under the guise of the Count. Most prisoners in that situation wouldn’t be so lucky. You think it’s bad that innocent people are sent to prison now, it was really bad when you could be locked up just on a whiff of suspicion. Some nations are still that way; in fact, the notorious North Korean dictator Kim Jung Un disposed his uncle over such crimes as not clapping enthusiastically enough! No hint of anything resembling a trial, either.

Obviously, some people don’t think such things could happen to them. You hear about the guy who spent years in solitary confinement because they basically forgot about him and the chick who got charges dropped after ten years in jail without a trial, but those are fairly infrequent in America. More common are the cases in which somebody got off because he claimed that too many Twinkies caused mental impairment. They still call cases like that the “Twinkie defense.” I’m not making this up. But if you tried the Twinkie defense in some little dictatorship, they’d probably just laugh at you, assuming you made it as far as the courtroom.

One thing that will make justice tricky on Mars is the fact that we won’t even have formal jails. At most, we’d be able to confine a colonist who has snapped and become a danger to his own habitat while we decide what to do about it. We just don’t want to take too long, because we might someday need that habitat as a backup when another one malfunctions. It also wouldn’t look so good if he hangs himself out of sheer despair of ever seeing another human face again, not that we really need a psychopath running loose just so he has company. So by the time it even becomes an issue, we could all be so used to settling such things quickly that anyone who tries to pull some “procedural” claptrap to delay the process could just be looked at like he’s weird right before we vote that idea down. Then it becomes a matter of the best way to handle our violent psychopath in a world in which there’s no easy way back to Earth and psychiatric services are very limited. (Yeah, I know. It’s very possible that a future Martian society will be a harsh one by most standards. But at least it’ll be a fair one if we do it right.)

Most criminal cases don’t involve a violent psychopath. Fortunately for us, most infractions in a Martian colony will probably just involve something minor enough that assigning the most onerous chores will be the usual penalty. A few months of having to go out and sweep the dust off the solar panels should be punishment enough for most people. But at least you’ll have a chance to explain yourself in front of your fellow colonists even though that, too, could well be embarrassing enough when you’re living in a community where everybody knows everybody. Getting accused of something can be a nuisance even when you successfully prove that you couldn’t have been the guilty party. But once you’ve had the chance at a fair trial, you can hopefully slip back into obscurity (assuming you’re not one of those ex-convicts who just can’t seem to keep their names out of the newspapers) and get on with your life.

The Right to a Speedy Trial 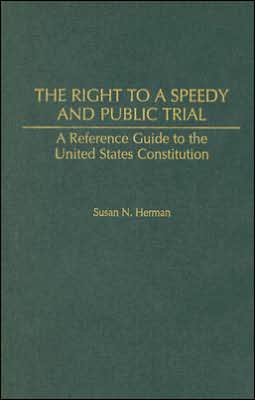 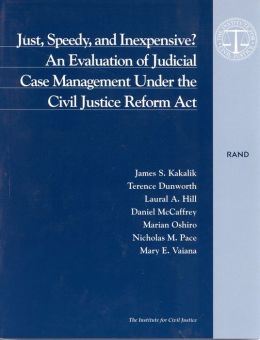