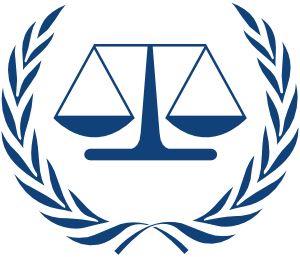 Have you ever been a defendant in somebody’s lawsuit? Probably not. If you’re like most people, you know that it’s tough to get through the dance of life without stepping on a few feet. Most reasonable people will accept your apology and move on. However, one of these days, the first time you hear that you broke somebody’s toe could be getting a notice from the nearest courthouse. Then suddenly you’re on the phone with your best friend’s uncle who is a lawyer and hoping his fees aren’t too unreasonable. How’s that for a case for tort reform?

It is a problem and one that drives up the price tag for anyone who has ever laughed at those ridiculous warning labels on products you use every day. There are actually people who make a living by filing frivolous lawsuits and corporations have to pay the legal fees somehow. There have been several half-hearted attempts to control the problem around the world and, so far, I like Australia’s idea best. If you live in the land down under, you can sue anybody at any time, but if you lose, you have to pay the winner’s legal fees. I bet it works well for cutting down on the frivolity that can really tie up court systems.

Can we avoid this problem on Mars? Sure we can. It won’t be, “Kill all the lawyers,” even though I’m sure a lot of us have felt that way at one time or another. The lawyers aren’t the problem when really they’re just responding to the supply and demand thing. What we should do is look at Robert Zubrin’s proposed Martian Constitution where it says, “The right to be free of extortionist lawsuits.” It acknowledges that people are going to step on other people’s toes but you shouldn’t have to spend many hours explaining what happened to the tune of $100 an hour over somebody’s slightly bruised foot. If there’s no X-ray of a broken toe to show for it and he can’t prove you were the one on the crowded dance floor who crushed his unlucky foot, it’s obvious extortion and he should have to pay both you and your lawyer for wasting your time.

It’s not likely that this will be a problem on Mars for quite a while. However, it will help to have the law and a few precedents on the books from the start so everybody will be used to the idea. It’s best to save the courts for cases in which Fred can prove that George damaged his water extractor. In that case, Fred does deserve compensation for the trouble because a water extractor is a valuable piece of equipment. Neither Fred nor the courts are going to care that George broke his knuckles while punching it if they are at all reasonable. (And, yes, I am going to be picking on Fred and George a lot. A pair of troublemakers, aren’t they?)

Look, if you run a business, you probably have to pay for liability insurance and worker’s compensation so you won’t go bankrupt if somebody sues. That’s part of your overhead and you probably work that into your pricing even if your customers don’t think about the fact that they’re paying for it. You hope somebody’s kid doesn’t fall down and scrape their knee while in your store. (And, yes, it is reasonable to charge parents for anything that their hyperactive offspring damage even if the mother is the one throwing the tantrum.) So you know the price of constantly worrying about the threat of an extortionist lawsuit from somebody you don’t remember in particular. Wouldn’t you rather live someplace where you don’t have to worry about thousands of dollars in legal fees just because somebody stubbed their toe?

Think it’s not a problem? Here’s a book “honoring” the absolute worst that happens in the U.S. legal system. 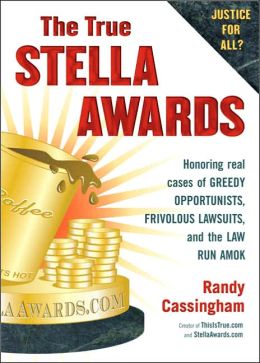