So you’ve got a couple of police officers knocking at your door and they want to search your house for contraband weapons. If you’re a smart American, you’ll want to see a warrant first. Two reasons: First, they’re required to have a warrant to make a search, and, second, what if they’re a couple of crooks posing as cops and they’re pulling an elaborate ruse to get into your house and rob it? It wouldn’t be the first time a couple of creeps posed as cops and, anyway, there is such a thing as the Fourth Amendment that reads:

“The right of the people to be secure in their persons, houses, papers, and effects, against unreasonable searches and seizures, shall not be violated, and no Warrants shall issue, but upon probable cause, supported by Oath or affirmation, and particularly describing the place to be searched, and the persons or things to be seized.”

If you really are hiding a rocket launcher in your house, shame on you and it’s your fault if it goes off in your basement and ruins the foundation of your house, but that doesn’t mean cops can search your house just anytime they feel like it. Imagine living in a country that doesn’t guarantee protection against unreasonable searches. Sometime after Albert Einstein had left Nazi Germany, he heard that the Nazis had ransacked his old house, looking for dangerous weapons. He was heard to comment that they wouldn’t have found anything more dangerous than a kitchen knife. This sort of thing was happening all over Germany besides people being arrested for no better reason than that they were Jewish. It was fortunate for Einstein that he was able to find a comfortable research position in America. Too many other people weren’t so lucky. This is what happens when civil rights are thrown out the window. Could it happen in America? It will when the Constitution becomes no more than a piece of paper to be waved around when convenient and put away when it gets in the way of something the government wants to do.

It has happened on infrequent occasions such as the Red Scare in which McCarthy and his associates were wiretapping just about everybody who was at all influential without bothering with warrants. They wanted evidence that Communist agents were everywhere. Normally, illegal wiretaps would never have been admissible in court, but this didn’t stop McCarthy from trying and actually succeeding in destroying the careers of a lot of good people over a few youthful indiscretions such as supporting organizations that were front groups for the American communist party. It was fortunate that McCarthy eventually imploded and took most of his cronies with him.

You’ll probably think that this will never happen to you until you’re confronted with a wiretap conscript of a phone conversation you had with a friend in which you casually mentioned that you wouldn’t mind seeing that jerk of a boss get hit by a pickup truck or something. Hey, I’ve put up with the lame boss too and it doesn’t justify even making idle threats when going to the job sites would be a more effectively way to deal with the situation. But, unless the police have a legitimate reason to think you’re going to be the one with the pickup truck, they shouldn’t be wiretapping your phone in the first place because that could have just been you venting your frustration.

“The right to be free of warrantless searches” is as much about avoiding the damage caused by an ungentle search as it is about keeping the authorities from wasting their time on people who are probably innocent. If they’re searching for pot, they’re thinking of all the places that an imaginative pot dealer could conceivably hide it, so they take apart the mattress. In America, you probably take it for granted that you would be paid for the mattress whether they actually find pot or not because, effectively, it was seized property. In countries that don’t guarantee that you’ll be compensated for it, you would be out several hundred dollars because a really good mattress is not cheap and the police simply would not care because it’s not their problem. (Being paid for seized property is in the Fifth Amendment if you’re curious.)

You’re probably wondering what this has to do with Mars. If you have a vague memory of some dude who sells vanity deeds for Martian real estate, you’re right, but that won’t mean much unless you actually go out and put a homestead on “your” land. In that case, I pity the fool who goes out and tries to search your homestead for an illicit moonshine still. Once we’ve reached the point where Martian colonists don’t necessarily have to live in communal frontier settlements where just about anything is put in a common pot, that is going to happen at some point. Until then, the worst of it will be tracking down whoever’s been stealing all the carrots or using more than his fair share of the power. 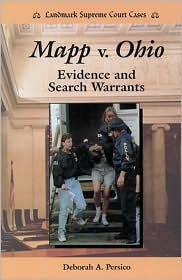 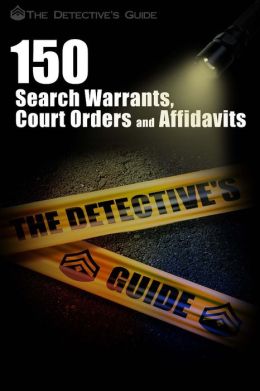