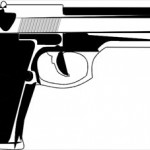 So gun control has been a hot topic here in America lately. I’ve heard views ranging from the people who think guns should be completely banned to the ones who say that a good guy with a gun is the only real way to intimidate a bad guy with a gun. To make it absolutely clear, the second amendment to the Constitution specifically says:

A well regulated militia, being necessary to the security of a free state, the right of the people to keep and bear arms, shall not be infringed.

Sounds comprehensible enough, doesn’t it? Sometimes people forget exactly what the Second Amendment is saying here. I get the impression that the Founding Fathers of the United States of America wanted the general population to be so used to the idea of handling weapons that they could save the time it takes to teach them how to use a gun if America ever ran into any kind of serious trouble. (“See, you point it this way, and when you want it to fire, you pull this little lever.”) These were frontier people who often relied on their guns to provide meat and protection from the hazards of living in the United States of that particular era. So it was both easier and more practical to let people keep their guns than to collect them all and melt them down.

If you want to make the point behind “the right to bear arms” (as Robert Zubrin’s Martian Constitution puts it) absolutely clear, you could make it a corollary of “the right to self-defense.” Then it implies that the best way to deal with someone who means to do you harm is to simply not let them get within arm’s length. That means using common sense as much as it means knowing how to use a gun safely. As we saw with the entire Trayvon Martin thing, you could be the one facing charges if you get out of your car and follow someone you think is a creep, and then the creep ends up dead. But if the teen who looks like a gangbanger walks up to your car and points a gun at you, then it becomes a more obvious case of self-defense. Then the gangbanger doesn’t get much sympathy from me because, obviously, it wasn’t the fault of the one who felt threatened. That would mean a “not guilty” verdict from any jury I’m on if you were attacked and had to use lethal force to get rid of the guy.

Like most of the line items in Dr. Zubrin’s expanded Bill of Rights, “the right to bear arms” won’t protect you from a moment’s drunken idiocy. I sincerely hope that the redneck hippie gun-toting crowd won’t show up on Mars until we’ve reached the point where, if you drink too much of your own moonshine and shoot holes in the walls of your own habitat, you won’t be hurting anybody but yourself. When that happens, I would consider that more of a case for not overindulging in alcoholic beverages of questionable quality than a reason to take guns away from responsible gun owners. This is a point I tend to hammer a lot when the topic of people’s rights come up. Where does your right to use a gun end and other people’s right to expect that you won’t go shooting holes in the community dome begin?

If everybody keeps in mind that banning all weapons is about as easy as banning moonshine stills, perhaps Mars as a society will become mature enough to recognize that actions do have consequences even when the government officially stays neutral. The rednecks can go off into whatever passes for the Martian version of the outback and have target shooting contests if they want while the rest of us just quietly renew our gun safety certification once a year. I hope that you aren’t one of the “Ban Guns” people when there’s been a rash of break-ins in your neighborhood, somebody was killed trying to defend his home from the intruders, and your house could be next. “The right to bear arms” becomes more palatable to most reasonable people when you make it a matter of defending the community when there is serious trouble brewing. 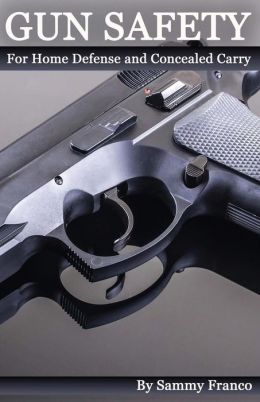 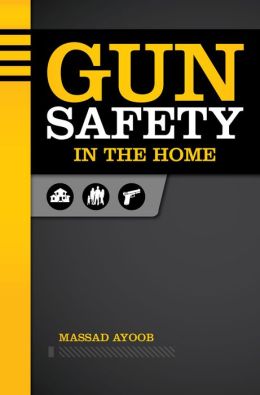