So you just bought a huge hill covered with grass and trees that’s isolated enough to suit your need for privacy and you want to put in a new home. If you’re any kind of a Tolkien fan, you probably wish you had the budget to put in an apartment complex inspired by The Hobbit, but you might take the more modest route and just recreate Bilbo’s home at Bag End. However, you have to deal with local building codes and inevitably the local environmentalists, nuisances that they are, will screech about you digging into the landscape even though you’re going to be mowing your roof.

In some ways, you can sympathize. What is it with people’s impulse to turn a perfectly good natural landscape into paved-over parking lots? I mean, don’t those huge public parking garages exist as a way for a lot of people to stow their cars in a space that spreads upward rather than outward? In others, it’s a nuisance to have to demonstrate your plans to work with what’s already there. Dirt is a pretty good insulator when it gets down to it, so you’ll probably be saving more green by not using so much energy to heat and cool your buried home. At least you’re not being as reckless regarding nature as those huge corporations that probably wanted to turn your hill into office complexes with designs that would have sucked the green and the joy right out of the place.

Really, the line in Robert Zubrin’s “Martian Constitution” that says, “The right to build, develop natural resources, and improve nature,” assumes that people can be smart about it. I imagine future Martians working with what already exists on the Red Planet and carving a community out of Valles Marineris. Like the person who carved the faces of four historical U.S. Presidents into Mount Rushmore, you’re working with what’s already there simply because it wouldn’t make much sense to ship a lot of building materials from Earth when you already have plenty of perfectly good local stone. If the builders do a good enough job, this future underground community would be very nearly the Martian equivalent of Mercedes Lackey’s Elves being so good at blending their buildings into the natural landscape that, unless you look carefully, you might not see them until you’re practically on top of them.

What if we stumble into an underground cave system? That’s even better. Then we don’t have to wear out valuable equipment while carving our own. Like Gimli being so impressed by the Glittering Caves that he wanted to bring in Dwarf-artisans to improve them as a home for his people rather than ruin them by mining, we can turn a series of caves into a spacious home for a larger community than the Mars One plan allows for by sealing them off and making small improvements to turn into a habitable place. Imagine sending a young family member to harvest a few fish and vegetables from the aquaponics cave for dinner while you finish up this repair on the oxygen generator in the life support cave. Your fellows will look at you weird if you don’t keep up your credentials as a certified spelunker who can safely explore new caves. You’re making use of what’s already there without ruining the whole thing just to make a quick profit – though maybe nobody will think anything of turning the slag with valuable platinum group elements that would be the natural result of making a living space a little bit bigger into some gorgeous wedding rings. Imagine the advertising – “Own a pair of wedding bands made with GENUINE Martian metals!” – but don’t get so greedy that you ruin your own home cave over it.

But what are you going to do with that hill you bought right here on Earth? Well, hopefully you can keep the Green Party off your back about it and there won’t be too many hoops to jump through once you’ve established that you just want to indulge in your wish to live like a Hobbit and maybe have a decent vegetable garden to boot. You totally hate having to jump through hoops and you often wonder if most of them aren’t just the city council flexing what little power it has. That’s probably part of it – every eejit thing that comes out of the township ordinances are probably just the little Sackville-Baggins types that Bilbo hated so much trying to grab as much as they can for themselves in their own little purview because they know they’re never going to rise any higher than they are now. That’s almost enough to make you want to move to Mars, where there are no city councils and you can live like a Dwarf.

So you want to try the idea of partially or completely living underground like a Hobbit or a Martian? Here’s a few plans for what they call “Earth-Sheltered Houses.” 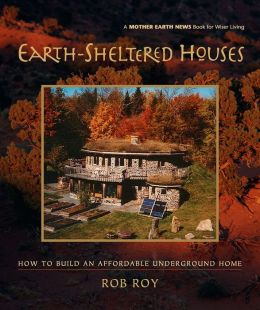 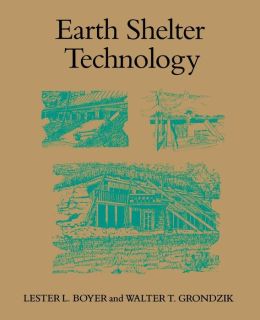