Serving on a jury is a pain, isn’t it? You have to explain to your employer that you got selected for jury duty while he looks at you like it was somehow your fault. It means blocking off an entire week so you can decide whether this kid really burgled somebody’s house. You might be tempted to just return a guilty verdict and wash your hands of the whole thing by the end of it, and you probably would if you didn’t realize that the fate of a young man is in your hands. He might really be guilty, but it’s worth picking over the evidence one more time to be sure.

However, “the right to due process and trial by jury” is one of those necessary parts of the American Bill of Rights that helps to keep the judicial system in check. The relevant Constitutional Amendments are:

No person shall be held to answer for a capital, or otherwise infamous crime, unless on a presentment or indictment of a grand jury, except in cases arising in the land or naval forces, or in the militia, when in actual service in time of war or public danger; nor shall any person be subject for the same offense to be twice put in jeopardy of life or limb; nor shall be compelled in any criminal case to be a witness against himself, nor be deprived of life, liberty, or property, without due process of law; nor shall private property be taken for public use, without just compensation.

If you’re a Christian, you might remember the Parable of the Unjust Judge in which a woman kept coming back and pleading for justice and finally she got it. He didn’t really care about her case. He just wanted her to stop bothering him. Judges in those days didn’t really have a lot in common with ordinary people and he couldn’t relate. A jury of one’s peers might at least comprehend the circumstances that led up to the alleged crime even if those circumstances don’t excuse theft.

Whenever you get called for jury duty, remember that you might end up being a defendant in a court case someday. Then you’ll have to decide whether to trust the judgment of whoever is sitting in the front of the courtroom or go with a jury trial. Maybe you happen to know that the judge is a real stickler who wouldn’t accept excuses short of being attacked for why you might have shot somebody’s dog. So you choose a jury trial in the hope of getting people on the jury who might have seen that dog running around loose sometimes, and you know how some breeds have a reputation for being aggressive. Being a defendant can be as annoying as being a juror sometimes, especially when you know you never shot that dumb dog in the first place. And, of course, you get the occasional silliness:

This should theoretically be an easy one on Mars. If Fred and George have been going at it again, just make it part of your weekly meeting to settle their latest dispute and make sure to keep the video system where they can’t tamper with it. As any good investigator knows, evidence that has been tampered with can be the worst to deal with because it wouldn’t be admissible in court. Anyway, we might need that video to prove that Fred is the one who whizzed on the lettuce as part of his latest snit with George, and we definitely need to find where those two rascals have been hiding the moonshine still.

Now it amounts to the fact that your jurors are your fellow colonists and you’re living in a place where everybody knows everybody else. They will have very little incentive to rule unfairly on cases because that kind of thing causes resentment and resentment will breed more trouble. You might try bribing a few, but only if you think you can stand the idea of doing extra chores and giving up your last case of Mars Bars that everybody knows you have even though you’ve been trying to be discreet about it. Hey, people notice when there are candy wrappers on the floor. That doesn’t necessarily last, of course, and the thing about bribes is that Fred could be outbid by George who has gotten pretty used to scrubbing toilets by now. So you might want to consider keeping things honest.

The Fifth and Sixth Amendments 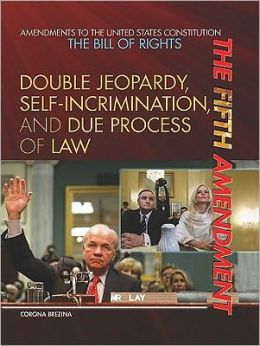 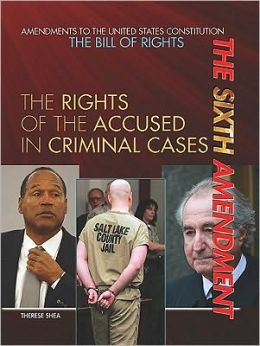