So there still seems to be some question about whether a little Dutch private organization can really send people to Mars. Some MIT students published this study that concludes that Mars One’s claims that the technology needed to do so already exists or will in the near future. One of their points is that the technology to take excess oxygen out of the atmosphere doesn’t exist. As far as I’m concerned, their timing is interesting because scientists have recently reported the creation of an “Aquaman crystal” that is capable of absorbing oxygen from its surrounding environment and then releasing it later. This is technology that could be improved and adapted for a wide variety of uses, ranging from SCUBA diving to use by people who need oxygen tanks.

This would be useful for answering the students’ critique that oxygen levels that are too high could set off a chain of events that could kill the colonists – the most obvious way being an uncontrollable Apollo 1-like fire that the crew can’t escape from. If a colonist notices that the oxygen levels are a little too high for comfort, he could leave a piece of the “Aquaman crystal” out and then use the saturated substance later to supplement the oxygen in his EVA suit. This substance can be used numerous times like a sponge that can be filled with water and then squeezed out.

Why should I bring this up at all? Well, first off, I get bored with all the criticisms of Mars One that can be debunked so easily. People claim that we can’t fund a massive space program with media blitzes when advertising is thrown in our faces pretty much everywhere we go and we might as well snag some of those multi-billion-dollar advertising budgets to put towards a better cause than simply informing people of the latest watch from Invicta or a new razor blade from Gillette. People claim that Mars One is doing something unethical by sending people into danger far from Earth when those same people might never think twice about sending military men and women into danger halfway around the world to combat terrorism. People claim that keeping people alive on Mars would be impossible when this would not be the first time that humanity has tackled extreme environments like the Sahara Desert and the Canadian Arctic and learned how to thrive with much more primitive technology than we have now. One of these days, the critics may realize that they’re getting seriously picked apart because they don’t bother to do some serious research on why something as batshit crazy as sending four people on a one-way trip to Mars could actually work.

Maybe it really takes a batshit crazy kind of person to tackle something like the colonization of Mars. The Mars One plan is pretty much assuming that everything will go smoothly, which it probably won’t. I’m flexible enough to allow that I could probably hitch a ride to Mars with somebody else if Mars One doesn’t work out. If a bunch of space hippies in the spaceship version of a Muppets van decide to put down roots a few days’ march from my Martian colony, I won’t bother them as long as they don’t bother me, and maybe they’ll even have some extra hemp seed that they can trade for whatever they forgot to bring with them. I’m just not going to tell them that they can’t park their colony in a place that would probably be outside the limits of my particular stake because frontier people are known to be a little oddball anyhow.

Known issues are the ones that we can plan for. We know that we can produce our own plastics, building materials, power, air, water and food on Mars. With some practice, we can learn how to survive if we get stuck outside at night and there’s a dust storm coming. Many of the supporters of Martian colonization now see the use of producing most of what we need to live on Mars using local Martian resources, and those who don’t probably own stock in the relevant companies. It’s like the difference between large Arctic exploration missions that brought everything they thought they needed but got mired in ice anyway, and small independent bands of people who knew how to travel light and swiftly, didn’t panic when they got snowed in, and came back with wonderful tales of Arctic wonders. They didn’t listen to the naysayers who said that we just weren’t ready. They simply made their own way.

I’ve heard it said that engineers often overestimate what they can do in a year and underestimate what they can do in ten. True story: Deke Slayton was training for the Apollo-Soyuz Test Project when he encountered the Russian official who was in charge of cosmonaut training at the time. Because Slayton was in charge of the Astronaut Office, they hit it right off. The Russian official explained that, during pre-mission briefings, he had to give a readiness report that included the number of hours that cosmonauts spent in the simulators and the skills they learned. As you can imagine, this was quite a wordy report. Deke Slayton told the man, “I just say, ‘They’re ready.'” So at the next pre-mission meeting, the Russian official just told the others, “They’re ready.” And one of them said, “You sound like Deke Slayton.” We could pretty much do the same thing when we send the first people to Mars in a few years. We just sum things up in a few words once we’ve solved all of the remaining issues.

The Settlement of Mars 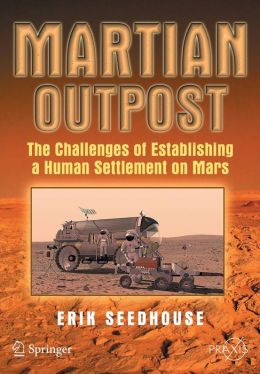 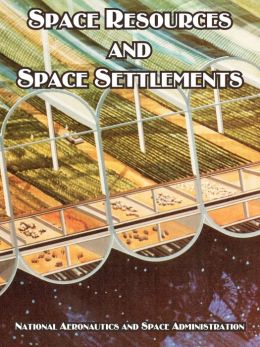