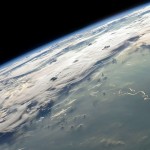 How would you react if you were the one seeing this in real life? Image credit Projects Day

We’ve been pretty focused on the nuts and bolts of space exploration. Right now NASA is doing its best to fund a replacement for the space shuttle in between developing the SLS and Orion capsule. Russia wants to ramp up its space program. China is doing an impressive job with the robotic lander called Chang’e along with a small Skylab-level space station called Tiangong-1. And, of course, there are a few private ventures who are serious about getting the ball rolling with Mars. It’s going to be a learning process, and a lot of us are going to be learning about ourselves too.

I’ve suggested that the Mars One trials could have us face our worst fears in another blog post. You can learn a lot about people by how they react when they’re scared. However, the Mars One colonists are probably going to go way beyond just being afraid for a few minutes. It’s going to be a lifelong stare right into the face of danger. This situation will boil people down to their essential personalities. Some will be seen as absolute saints who can really tolerate a lot. Others will turn into nutcases who take the stress out on everybody. I am actually glad that Mars One will try to simulate the Martian colony as closely as possible to weed out the ones who will crack under pressure, because I’d rather not spend the rest of my life in close quarters with the nutcase.

Besides, those theoretical future nutcases probably won’t even like what they learn about themselves in that kind of situation. It’s part of what happens when the universe holds up a mirror. Some people react well, some realize that they need to change, and some have a nervous breakdown. A lot of people blame the mirror and try to destroy it. And others just lash out at random because they’re angry at the universe for doing that to them. The ones who can take it and still be friends with their neighbors will be the ones who do best when they devote years-long blocks of their lives or even their entire lives to exploring and colonizing other planets.

Maybe that’s part of the popularity of shows like Star Trek. Many of the aliens are mirrors for human societies. The Klingons are every warrior race there ever were, perhaps lacking in what we would call good manners and they’ll push exactly as far as you allow, but they’ll respect people who stand up to them. The Vulcans represent the logical side of people who have learned how to keep their emotions under control. When we watch these aliens, we’re really watching a slice of what it means to be human. Science fiction is an easy way to hold up a mirror with viewers not even having to leave their armchairs.

It’s a bit tougher with space travel. Anyone who has ever strapped themselves into a spacecraft and waited for the countdown to reach zero is basically putting their lives on the line. Not everybody can do it. Some people are so scared by the idea that they want nobody to do it. There were people who applied for Mars One with no intention of taking the one-way trip thing seriously. The rest of us had better be ready to face all of our personality flaws and weaknesses and actually do something about them. It’s not going to be easy and some of us will probably drop out or be eliminated over matters that we might not have previously thought were a big deal.

The rest of us should at least be self-aware enough to recognize that we aren’t perfect. Somebody’s going to lose their temper or sneeze at exactly the wrong moment. We’re all going to get irritated at one person’s weird habit at some point. None of us wants to be the team that falls apart because of that one jerk we got stuck with. So we’ll have to be pretty comfortable with the idea that the high-stress situation will bring out both the best and the worst of ourselves in a stark way.

One thing I like about the idea of having video cameras around is that they can record those moments when somebody gets a little P.O.’ed about something. That way, we have footage we can refer to later and, a lot of the time, the applicant will be going, “OMG, that was me?” If you can deal with the pressure of being on TV all the time without doing something that causes online social media to blow up with, “Oh, look what this drama queen did this time,” you might have what it takes to colonize Mars. It will become the ultimate mirror and probably very few of us will come out of it without a greater awareness of the personality flaws we need to work on for the next time around. 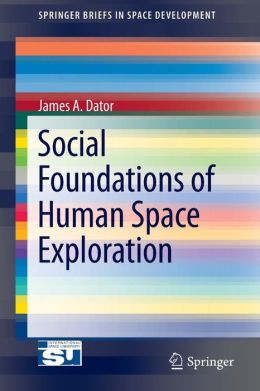