If you are an American and haven’t heard of Edward Snowden by now, you’ve been living with your head in a hole. He’s the fellow who stirred up international tensions and outrage from the American public by revealing that secretive government agencies like the CIA has been collecting, among other things, information about your phone calls. Some call him a hero who revealed some highly unconstitutional activities on the part of the U.S. government. Others call him a traitor who needs to man up, come home and face charges. Whatever you think of him, you’ll probably never think of flirting with your girlfriend over the phone the same way again. I mean, who likes to think about some government creep with no life listening in on your phone conversations, right?

Aren’t they supposed to get a warrant for this kind of thing? Well, yes, but apparently there are ways for the government to play footsie with the constitutional requirement. There are actual courts, like the Foreign Intelligence Surveillance Court, whose sole purpose is to approve wiretaps and other forms of secret surveillance. This kind of specialized court isn’t exactly classified, but the government obviously doesn’t talk about this sort of thing very much. FISA even admitted to Congressional committees (and NPR got hold of it) that they approve 99% of requests, though they quantified this figure by saying they often require that the requests be amended. You may even be viewing this on a computer that’s being monitored by the government with approval from one of these courts right now. It’s enough to make those crazy conspiracy theorists sound not quite so crazy.

Whatever happened to what Robert Zubrin’s “Martian Constitution” calls “The Right to Privacy?” That sort of implies that you have the right to go about your business without the government playing Big Brother. For all their complaints that Robert Snowden compromised American security, they seem to have forgotten what Benjamin Franklin said about the matter, “They who would give up essential Liberty, to purchase a little temporary Safety, deserve neither Liberty nor Safety.” It’s that time when you can sympathize with the German leadership for being pissed with us for spying on their communications when our last war with them ended almost seventy years ago.

Look, if you are a law enforcement officer and you have somebody whom you know is a terrorist, I have no problem with you giving him just enough rope to hang himself by going to the courts with the evidence and getting permission to wiretap. You can actually save lives that way by finding out who his buddies are and what he’s saying to them. However, if you get hold of my cell phone records, you probably won’t find out much more than the fact that I haven’t made a call on it for several weeks and my service on it has expired until I can buy more minutes (I have a slightly outdated TracFone). And I wouldn’t be too happy if I ever find out that you wasted the time you could have used to stop the next terrorist bombing.

Does it affect your daily life? If you answered, “No,” you’ve never been wiretapped in an attempt to prove that you were a Communist. That’s what happened to Robert Oppenheimer, the leader of the Manhatten Project, who was apparently never a member of the Communist Party although his pre-World War II activities indicated that he had sympathies in that direction. Because the authorities knew perfectly well that bugging his home without a warrant was illegal, the results were never legally admissible in court, but that didn’t stop them from yanking his security clearance and causing one of the lowest points in his life. This was during the McCarthy era, when just the whisper that you were a closet Communist could be enough to strip you of your livelihood, as many of his colleagues had already found out. So, obviously, the right to privacy has always been quite fragile and such a thing could happen to even the most loyal American citizens again the next time there’s a huge panic over the idea that a real or imagined enemy has infiltrated the United States with the intent to bring it down from within. It could happen, but how far can you go before you realize that you’ve become the enemy?

Of course, the Soviet Union wasn’t any better. Visiting Americans used to have fun with their spies by making things up and talking about them to a potted plant. A few astronauts who were there on Apollo-Soyuz Test Project business got the Russians to provide a pool table that way. It was pretty much expected that your luggage could be searched at any time. Obviously, there was no Bill of Rights for the government to try weaselling its way around.

It’s not so much about needing a warrant when the U.S. court system has pretty much proven that just getting one can turn into a simple procedural matter. It’s about wanting to go about your business knowing that some paranoid schizophrenic in the government won’t turn an offhand comment you made to someone who floated a hypothetical scenario in your direction into a federal case. You expect that you’ll have the right to true privacy and not the illusion that having the walls of your bedroom around you so often provides.

What Rights Do You Have?

If you ever get into a position where you want to demand your rights, it does help to know exactly what those rights are. Here’s a couple of decent books to read on the matter. 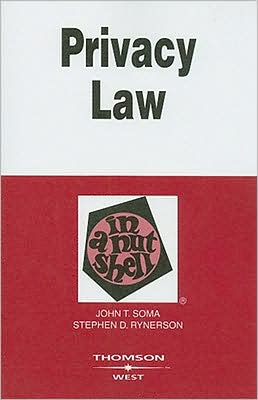 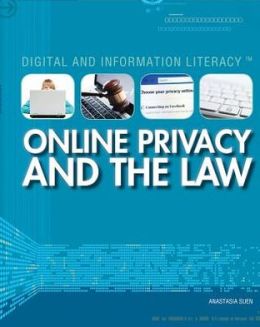