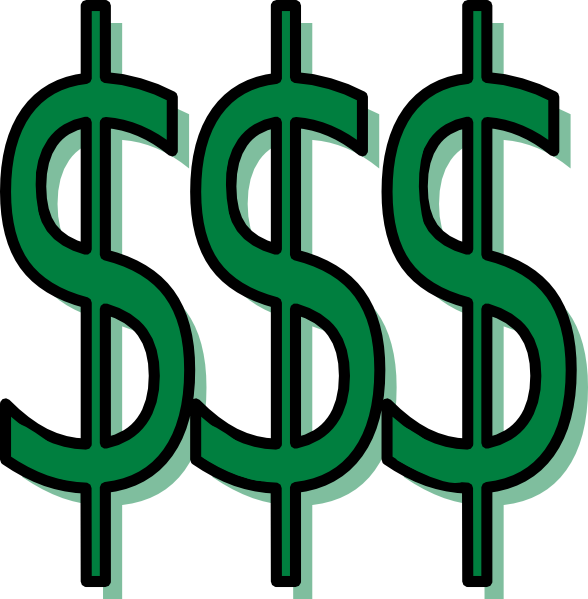 Are you the inventor of a brand-new way to feed orphaned kittens? Those little guys sure are cute and it’s a shame that so many of them die because their mother got hit by a car and their owners don’t know how to take care of them. When they’re really little, it’s not necessarily as easy as just feeding them with a bottle. Now you just need to figure out a way to bring your product to market so cat lovers everywhere can use it. With cat feeding, this shouldn’t be too difficult if you can get hold of an inventor-friendly marketplace like Quirky, which tries to solve common household problems by connecting customers with innovative products created by people just like you.

But what if you’re happily humming away, selling your product, and out of the blue you receive a notice that you’re about to be sued by somebody with a patent for a similar product, but they’ll drop it if you send them a check for so many dollars? These people are called patent trolls and they’re basically making a living by holding back human progress with their extortionist tactics. Whether you send them the check or decide to hire a good lawyer and fight them, that’s money you could have used to market your product. You can be sure that they don’t own these patents for any reason than to file lawsuits the instant they find out that somebody’s making a product like the one they could be making if they actually cared about bringing their technologies to market. It’s a case for patent reform and part of the problem is that most Americans aren’t inventors, so it doesn’t become a hot-button issue at Capitol Hill simply because voters don’t think it affects them the way health care does.

Actually, it does. The whole point behind patent law is to give innovators incentive to innovate. It was very fair for the U.S. to pay Robert Goddard’s widow for the right to use the rocket technology that he had already developed, because he had invested a considerable amount of time and annoyed his neighbors by testing some pretty basic models that we would have considered toys today but were groundbreaking at the time. In that case, she came off more as a family member who wanted to make sure her late husband’s work (and occasional complaints from the neighbors) paid off than as a patent troll.

As anyone who pays any attention to the aerospace world at all knows, space tourism is about to take off. What if patent trolls control any related patents? They could royally tie things up in the courts for years, if not decades. An entire generation of interested people with money could be sitting on their hands (and their wallets) if SpaceX has to prove that their technology does not violate a patent every time they advance to the next stage in spacecraft capabilities. It’s a case for filing for a patent as soon as you have a working model to make sure someone else doesn’t file first. That’s going to hold up not just the space tourism industry, but also economic advancement as a whole and frustrate many potential Dennis Titos.

And space travel has a potential to do for the travel industry what aviation originally did: Speed up the process of getting people from Point A to Point B right here on Earth. A “standard orbit” like the one used by the International Space Station takes about an hour and a half. Imagine getting from San Francisco to New York City in a little more than half an hour including launch and landing time. That would be sweet if only for the sake of not having to bother your neighbor who got the aisle seat so you can get to those cramped little restrooms, right? We certainly don’t need patent trolls getting involved with the process when you are a businessman and have an important business meeting you don’t want to be late for.

Of course, sometimes the government interferes with the spread of a new technology without worrying about patents. In some cases, I can’t argue with the reasoning. E-cigarettes have been banned in some places because the local authorities fear that it will bring back the illusion that smoking is a glamorous habit. I say “illusion” because it’s hard for me to say that cigarettes that cause yellowed fingers, yellowed teeth, bad breath, a clinging smoke smell that is very unattractive, and all kinds of scary health effects is glamorous. Some people also say that it’s not been proven that E-cigarettes are any less unhealthy than the traditional tobacco-based kind. For all of the E-cigarette makers’ whining about it, even they don’t deny that their products contain nicotine. So regulation can, in some cases, be a good thing.

On the flip side, if innovators had to prove that their inventions are 100% safe and reliable before bringing it to the general public, aviation would probably still be the plaything of macho hotshot military aviators. As it is, we still get tragedies like the recent disappearance of a Malaysian Airlines flight. The only way to make any technology 100% safe is to not use it at all, and that won’t fly with aviators who rely on the technology to make a living or the common everyday person who relies on their car or public transportation to get to work.

The best way, then, will be to make the technology safe enough that the everyday person should be able to use it without hurting themselves as long as they follow commonsense rules to put together their children’s bunk bed or use a ladder. More household accidents are caused by people who thought safety rules didn’t apply to them than by a faulty ladder, and every story you hear about some guy falling backwards doesn’t stop most people from using them to clean out their gutters. So, while being a smart consumer can help you find safer products, that freak accident your neighbor had shouldn’t stop you from using common sense to decide whether the usefulness of a product outweighs the risks of using it.

You can easily make the innovation and use of new technologies an economic issue. Household products we take for granted in the 21st century, like washers, dryers, bottles of ketchup and microwavable dinners, got their start in the early to mid 20th century. This was a major time saver for housewives who had gotten sick of scrubbing clothes on washboards, making ketchup (an all-day process at the time!) and cooking dinners from scratch. Suddenly they had more time to think about building lives for themselves outside the home. I won’t say that adding modern conveniences to the home was the only factor in the feminist movement of the 1960s, but when you’re not spending all your time scrubbing floors (a job that can now be relegated to robots), you certainly have more time to start thinking about inequalities in your own society.

So new technologies can have a direct or indirect impact on social issues. Anytime you see somebody trying to turn a new product or idea into a controversial issue, that person is afraid of becoming obsolete in a lot of cases. I saw it most recently in debate between Bill Nye and Ken Ham, when Ham tried to make a deal about something he calls “historical science” and “observational science,” and he tried to claim that the half-life of certain radioactive isotopes can actually change! It seemed as if Ken Ham was afraid of having his beliefs seriously challenged and his entire operation taking as a result. It sounded to me like he was grasping at straws, and maybe Bill Nye isn’t the best debater, but I’d have to say that the Science Guy won that one.

You also see it in the debate about which energy source is the best one. It’s like anytime you bring up nuclear power, you bring up images of the Fukushima disaster and also a mushroom cloud blossoming over Hiroshima and Nagasaki. I’m not going to say that those weren’t bad, but those were such flukes that maybe Japan is either unlucky or guilty of making bad choices – first pissing off the United States by attacking Pearl Harbor, and then making bad design decisions with their power plant at Fukushima. You see more fatal accidents per year in the coal industry, China’s smog problem has gotten much worse since their use of coal skyrocketed, and nuclear power is capable of efficiently producing power with less worry about using up our non-renewable resources. There’s even a case for turning our garbage into power: Sweden actually imports trash for that exact reason, which means so much for landfills!

And what do you say to the people who want all scientific and technological research and development to cease so the resources can be used for social issues? You know the ones. They always want to start by shutting down space exploration so the money can go towards feeding people. They don’t seem to realize that such a thing would only make unemployment worse. At the height of the Space Race era, NASA and its contractors employed 400,000 people. That was 400,000 people who could buy houses or pay rent, put food on the table, and buy one of those newfangled color TVs without relying on any more government money than what was in their paycheck – oh, and they also paid taxes, too. When it was all over, a lot of those people who built moon rockets got laid off while NASA turned its attention to the space shuttle. And a lot of them could tell you that it’s better to be helping NASA fly to the Moon than to stand in a welfare line.

New technologies can help with the social issues, too. For some reason, radical environmentalist groups seem to oppose the idea of developing new technologies that can produce food more efficiently while taking the load off Mother Earth. Avoid Monsanto if you want. I hate that they sue farmers on the premise that they can control the way the wind blows, too. However, if you want to completely avoid GMOs in your food, there’s something to be said for growing most of your vegetables using heirloom seeds from places like BBBSeed. That means your carrots aren’t traveling 1800 miles to get to your plate and you don’t have to worry about the pesticides being built into your vegetables. Bonus points if you take up beekeeping as a hobby, too. Just don’t go around destroying people’s laboratories just because you don’t want people eating genetically modified yams like some of the more militant members of the Green Party did in Africa once.

Seriously, though, I call myself a capitalist. I define capitalism as a system that uses basic economic principles like supply and demand to reward people who can recognize a need in their community and fill it, either by swinging a nine-pound hammer or by inventing a new way to turn garbage into energy. This system will also not insist that I subsidize the lazy bum who lost his job because he tried to get everybody else to do his work, as there is a difference between the deserving poor who would work if they could and the losers who feel entitled to leech off everybody else. In an ideal system, innovation would reward the innovator along with everybody else who uses his technology, and not the patent troll who leeches off existing patent law.