There has been quite a bit of discussion regarding the type of society we will have and the level of freedom we will enjoy on Mars. Starting a new society will mean leaving behind a lot of the baggage that comes with being an Earthling and the people who are intent on holding on to their past probably won’t see much of a future. Right now it seems like the only thing that most reasonable Aspiring Martians can agree on is that Mars will mean a lot of hard work in an environment that is unforgiving of error. Which mostly means that each person will have to take on his or her fair share of the responsibility.

On the flip side, responsibility should come with a fair amount of freedom. Call it “latitude” if you like – this isn’t the Star Wars Empire where you’re going to be executed for a minor mistake. On the one hand, a big enough mess-up could get us all killed. On the other, we don’t need anyone who is so afraid of making a mistake that he accomplishes nothing or can’t admit his error until it is too late to do anything about it.

Those of us who live in a free society may think that I’m stating the obvious. However, the Founding Fathers who are revered by every American who remembers middle school history class had just fought a war against what they saw as a tyrannical government that was woefully out of touch with the realities of living on the frontier. The Bill of Rights grew out of the prevailing issues of the time. Those rights were clearly spelled out in ten amendments to the U.S. Constitution with a few more being added later as times changed.

Times are changing even faster now that we have technology like the Internet and space travel. Recognizing this, Robert Zubrin created a rudimentary “Martian Constitution” that reads like an expanded Bill of Rights. These include all the ones that are familiar to any American who has actually paid attention in school plus a few more that make sense in the context of the modern world. These new ones would be very difficult to formalize as an amendment to the American Constitution. It’s supposed to be that way – witness what happened when the Eighteenth Amendment created an across-the-board ban on alcoholic beverages. People made small fortunes with bootlegged moonshine and undercover bars simply because they could get into a lot of trouble if they were caught. Finally, federal and state representatives decided, “Enough already,” and reversed Prohibition with the 21st Amendment. However, considering recent news involving some guy who is now hiding out in Russia, it’s obvious that the Constitution (and our legal system) has some catching up to do if it wants to stay relevant in the modern world.

Of course, the Bill of Rights does get misinterpreted a lot. The First Amendment specifically states:

“Congress shall make no law respecting an establishment of religion, or prohibiting the free exercise thereof; or abridging the freedom of speech, or of the press; or the right of the people peaceably to assemble, and to petition the government for a redress of grievances.”

Note the “Congress shall make no law” part. These amendments aren’t designed to protect people from the natural consequences of doing something colossally foolish. The Duck Dynasty found that out when their head honcho spouted off to GQ regarding homosexuals even though A&E backed down quickly enough. I’m sure the Founding Fathers would have acknowledged that Pastafarians have every right to wear kitchen implements on their heads in between howls of laughter. They obviously knew the difference between a peaceful demonstration and a riot.

The right of peaceful assembly could be a tricky one on Mars, though. I’ve assumed it to mean that you have as much right to decide who you don’t want to associate with and can simply walk away if the demonstration gets to be too much for you. On Earth, you get used to the idea that you can always move to a different community if you are unsatisfied with the one you’re living in, but Mars is going to be quite a different matter. At first, Martian colonies will be so small that there won’t be much of a choice of friends and it’s very likely that one or two of your fellow colonists will get on your nerves sometimes. The fact that most of them will be quality people if your community has any hope of surviving at all should help to make it bearable.

In a lot of ways, the freedom of the first wave of Martians will be constrained. If you’re on a crew of four and three of your crewmates tell you that you’re out of line, you’d better listen or risk a fistfight. It’s going to be that way until you can move out and live like a hermit if you don’t like the way your colony is being run. Bingo – the first bunch of Martian rednecks who will run intruders off their Red Planet version of a trailer in the backwoods if they don’t like the looks of those uppity high-class folks. This goes way beyond having your X-wing up on concrete blocks. Until then, you’ll be better off either getting along with your comrades or working on your boxing skills, or both if you don’t like the idea of being jumped three to one.

But, hey, it’s Mars. There’s nothing stopping you from badmouthing those crazy Earthers who are going at it again. And they said you were nuts when you signed up for this Mars One thing. What do they know, eh? They’re the ones who still have to deal with the bureaucracy with all its complex and contradictory regulations and they’re not going to go through all the expense of sending any inspectors during that bad moment when you have to hold the oxygen generator together with duct tape and bailing wire while you wait for new 3D-printed parts. LOL, right? Now that’s the freedom to just do what you need to do without a nanny-state government breathing down your neck.

If you are an American and insist on exercising your rights, it does help to know which ones are actually in the U.S. Constitution and what they mean. Which means it’s a good idea to review it every once in a while with items like the one below. 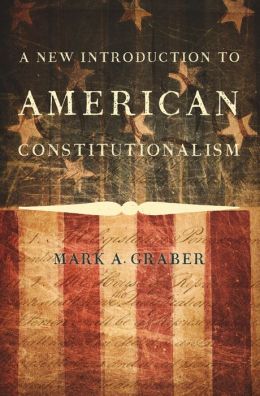