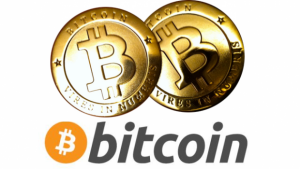 It’s probably no surprise to Bitcoin users that cryptocurrencies confuse banks. Do they count as assets or currencies? Should they be regulated or ignored? JP Morgan was caught editing a job listing to delete a single line requiring applicants to have an “opinion on Bitcoin and other cryptocurrencies.” Former Federal Reserve chairman Alan Greenspan doesn’t know what to make of it:

“You have to really stretch your imagination to infer what the intrinsic value of Bitcoin is. I haven’t been able to do it. Maybe somebody else can.”

By that logic, one could argue that a dollar bill doesn’t really have an “intrinsic value.” It’s just a piece of paper that only has value because people use it as a medium of exchange. It’s actually worse than gold and Bitcoin because the U.S. government has no qualms about printing more dollar bills when it needs more. That leaves you as the bagholder when inflation becomes a serious issue and you have a lot of your assets tied up in ready cash.

Cryptocurrencies are still in the phase that Benjamin Lawsky referred to as “a virtual Wild West.” However, like most new technologies, cryptocurrencies aren’t “evil,” as New York Times columnist Paul Krugman called it. Bitcoin is just one of those things that could be used for either good or evil depending on whose hands it resides in.

Bitcoin as an investment vehicle could still flop. Pundits have called the recent plummet in value a “wild ride” that made it look like a poor investment at the beginning of this year. Its value has risen by a decent amount since January and is sitting at just above $270 as of the time of this writing. However, it is still way down from its 2013 high. Bloomberg View writer Noah Smith has said that taking the wild fluctuations out of Bitcoin can actually be good for it as a currency:

The sooner people give up the hope that Bitcoin will skyrocket in price, the sooner they will be willing to spend Bitcoins in everyday life, the way they now spend dollars. The quicker Bitcoin as an investment dies, the quicker Bitcoins as currency can come to life.

However, even some of its critics – the ones who bother to do their research on what cryptocurrencies are – admit that the basic technology behind Bitcoin shows promise. The Blockchain could be used for any purpose that requires a way to record “transactions” of bits moving over a decentralized network. If you want to send encrypted messages, you might try Nxtty. The NXT Foundation has announced that a new voting system will be added to their Testnest in the near future. The idea of decentralized Blockchain-based functions is going to be very hard to get rid of.

Some banks have considered issuing their own cryptocurrencies. The Bank of England has stated that a bank-controlled cryptocurrency could have benefits in the realm of settlement and exchange. If more central banks let that sink in, the idea that cryptocurrencies will be ignored as something that will die a natural death will go out the window. As Jim Henson once said, “If you can’t beat them, join them.” Banks will certainly have seen how easy it is to create an altcoin that could possibly be controlled by a centralized authority.

Bitcoin does have many of the features of a currency. I’ve used it to buy gift cards. You could use your Bitcoin to buy your next computer at Dell or book your next flight at Expedia. Tech-savvy merchants love it for helping to protect more of their rights as merchants such as reducing fraudulent chargebacks and for helping them stay competitive with low transaction fees. It just isn’t being used as a currency very much yet. Between that and the fact that Bitcoin isn’t backed by any central authority, it’s no wonder that banks and governments seem so confused by it.