As I write this, Bill Nye the Science Guy is set to debate Creation Museum founder Ken Ham in a classic Evolution versus Creationism debate. It’s a showdown that’s been waiting to happen. You might have heard about Creationists trying to either force their way into the science classroom or get in through the back door by calling it “intelligent design.” Creationists tend to pound the theory of evolution for being imperfect despite the fact that scientists can point to fossil records and continental drift. North America is actually moving by about four inches a year. Scientists know that the theory can be refined as new data comes in. The reason it’s called a theory is that it’s the best explanation that fits tangible facts.

This ought to be interesting. I figure that Bill Nye should do well if he’s done his homework and keeps his cool even when the Creationists ask the tough questions or seem intent on going around in circles. I hope he takes a couple of fossils along with some charts and graphs with him. It’s more than I’ve seen so far out of the Creationist bunch who get teased for thinking that humans used to ride dinosaurs.

Actually, I kind of hope that Ken Ham does a decent job, too. As we saw with the recent Super Bowl, a completely lopsided game is no fun at all. He’s the one who should really know Creationism rather than just relying on those tired old cliches that cause thinking people not to take the whole thing very seriously. If he doesn’t stomp out or try to get in a fistfight with Bill Nye for scoring a point, that will actually make things much more interesting.

Which side am I on? Well, I kind of consider myself a thinking Christian. I understand that the Bible was written at a time when people thought Earth was the center of the universe. They found the Ark and they may have found the very first human woman, but that doesn’t automatically mean that Earth is only 6015 years old. I consider it a remote possibility that the big asteroid that wiped out the dinosaurs was God’s way of cleaning the slate (as he seems to have a habit of doing) so that He could try something new. Maybe things seem so lousy a lot of the time because God has a huge universe to run and doesn’t always have the time to micromanage one little pebble. It’s pretty egotistical of us to whine about, “Where is God?” when He seems to keep hoping that we have the maturity and the courage to solve our own crises while He deals with a problem in the Andromeda galaxy. If He exists at all, I think it’s fair to say that God gets tired of playing that Whack-Em-All game where you hit mechanical hamsters with a mallet.

Even considering my beliefs that lean towards Christianity but not towards Biblical literalism, I think the smart money will be on Bill Nye. If he keeps it together and forces Adam Ham on the defensive, he could pretty well win the debate just by burying him with tangible evidence. It will be interesting to watch. This debate will be streaming on Youtube’s live feature, so check it out with this link if you’re curious.

More About the Evolution vs. Creation Debate 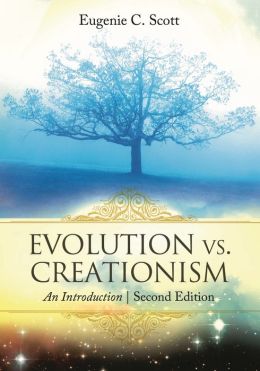 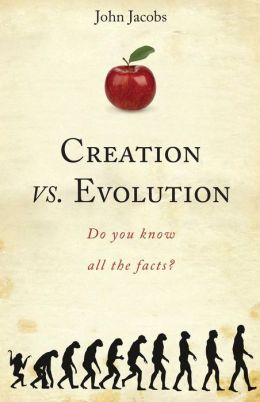