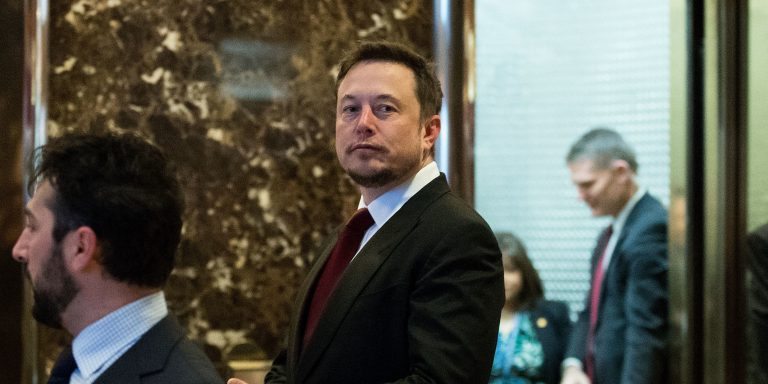 Uber CEO Travis Kalanick recently stepped down from Donald Trump’s business advisory committee after facing pressure from the #DeleteUber movement. However, Elon Musk (or, as I jokingly call him sometimes, “The Elon”) is staying despite facing similar pressure in the form of canceled Tesla orders. He stated that his ulterior motive is to advocate for making humanity a multi-planet species.

“In December, I agreed to join the Presidential Advisory Forum to provide feedback on issues that I think are important for our country and the world,” he said in a statement. He also stated his intentions to oppose bans on travel from Islamic countries during meetings with Trump and suggest alternatives to the same policy that has recently been suspended by the judicial system.

In fact, he shouldn’t quit. His position on the advisory council is not exactly the same as being a mid-level government employee who does not want to rock the boat very much or quit because he would just lose his influence. Musk’s position puts him in the same room as Donald Trump during the committee’s meetings, which means that Donald Trump can directly hear what Musk has to say.

While Donald Trump is not required to follow Musk’s advice, Elon Musk is one man who is capable of speaking Trump’s language. He can use that to advocate for important things like clean energy and the colonization of space. While the same might benefit Musk’s businesses, especially SpaceX and SolarCity, it can also benefit humanity through the development of more “green” energy and the relief valve of being able to form colonies in space. As the video below shows, Elon Musk remains committed to the goal of making outer space more accessible and less expensive through the development of reusable rockets. By advocating for the use of this kind of technology, Musk can actually bring down the cost of a robust space exploration program to the point where it may be more palatable to the average taxpayer.

“I understand the perspective of those who object to my attending this meeting, but I believe at this time that engaging on critical issues will on balance serve the greater good,” Musk wrote. “Attending does not mean that I agree with actions by the Administration.”

It’s even possible that he doesn’t even like Trump very much, but he cares more about playing the long game than about taking the feel-good action of telling Trump to take this advisory position and shove it. There’s also the fact that Elon Musk fought a big legal battle against the United Space Alliance and its friends in the military so that SpaceX wouldn’t be put at a competitive disadvantage due to cronyism. Musk wanted to be able to compete on an equal footing for NASA and Air Force launch contracts and isn’t going to sacrifice that now simply because he might dislike Trump and his policies.

Although there are many who think that The Elon is wasting his time at the very least, he may be the one with the highest IQ in the room any time he meets with Trump. It may be doubtful whether Trump will listen to what he has to say, but at least Trump is capable of relating to him. He may listen when Musk can stroke Trump’s ego by saying that accomplishing a great space program like sending humans to Mars during Trump’s administration will make the president look good.

Most importantly, the role on the advisory council puts Elon Musk in the same room as Trump at regular intervals, which is something that many advocates for a robust space program haven’t been able to accomplish. Then Trump can actually hear what Musk has to say – literally. His ears will pick up the sound waves coming out of Musk’s mouth. So he’ll hear it when Elon Musk says that a robust space program will help businesses in the aerospace niche and create hundreds of thousands of jobs. This is good because Elon Musk isn’t going to be a corporate lickboot and can present a different viewpoint even if Trump doesn’t like it.

So don’t bother canceling the Tesla order if you’ve already ordered one, and do put one on your short list if you are considering buying a brand new car. If you live in a state in which SolarCity operates, look into renting some solar panels for your home or place of business. Just because Elon Musk is on the business advisory council does not mean that he is a complete Trump fanboy. It puts him in a position to advocate for important things like green energy, space exploration, and the jobs and economic growth that come with both. He may be the best person to handle the job right now, because Trump can relate to him (even if that doesn’t go both ways) and because his position on the advisory council puts Elon Musk in the same room as Donald Trump on a regular basis. So just because one might dislike Donald Trump does not mean that one should give in to one’s knee-jerk reaction just because Elon Musk is using the position as an opportunity to push for what he believes in and has worked hard for: the advancement of the human species through better science, technology, green energy and the colonization of space.