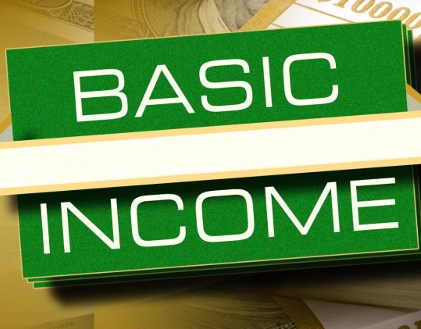 So, is Universal Basic Income a good idea? On the surface, it sounds like just another Robin Hood socialist scheme that steals from the rich to give to the poor. The money used for UBI has to come from somewhere. That “somewhere” usually translates into higher taxes and nobody likes to pay more in taxes for a program that won’t directly benefit them, right?

There have been some local experiments with UBI that indicate that nobody quit working when they were guaranteed a monthly check that covered basic living expenses. Apparently, this proves that people like to be productive. In that case, UBI would simply mean that nobody has to choose between paying the rent and buying groceries if they also have a job.

My main objections, though, have to do with the people who game the current welfare system for their own benefit without contributing anything to society. You know the ones who have fifteen children and expect everybody but themselves to pay for the fact that they can’t control their libido. It’s a drain on the system and, if you want to talk about fairness, you should also consider what’s fair to the typical families who work for a living and pay their taxes knowing that some of their dollars are going to support these welfare abusers.

I know people who are trying to work out a respectable compromise. The whole point of welfare is to give people a safety net when they’re just down on their luck. It’s not meant to be something that people live on over the long haul. That may mean setting conditions for UBI that discourages abuse of the system.

Sound far-fetched? Not really. The Obama administration received a considerable amount of backlash when it considered relaxing enforcement of the Personal Responsibility and Work Opportunity Reconciliation Act of 1996, which requires welfare recipients to work, search for work, or train for a job. These conditions aren’t perfect, but they can cut down on abuse of the welfare system.

The administrators of One World have an idea that I do like. One World supports UBI, but ties it to reproduction. If UBI recipients a child, the parents will receive a warning and the child will automatically begin receiving UBI on its first birthday. The warning is basically an acknowledgement that sometimes accidents do happen. If the recipients have more than one child, their UBI will be suspended for a set amount of time based on the number of children.

People who earn enough to not really need UBI obviously won’t care much or, if they do, they’ll at least show some self-control. This isn’t really about “the right to reproduce” when poor decision-making should naturally have consequences even when no government entity is going to stop someone from being dumb. This isn’t about forcibly sterilizing people. It’s just an encouragement for UBI recipients to have some kind of self-control. Basically, I want to see fewer people like the one in this video.

The only way I could really see this working, though, will be if we can apply this equally to both men and women and apply paternity testing if there is any question at all of who the father is. By forcing men to take responsibility for their actions, we can cut down on cases where a man took advantage of a woman in a vulnerable position and then left her to deal with the consequences.

One should also consider cases in which a welfare recipient’s garbage bin is constantly being filled with beer cans instead of food wrappers. Twelve states are currently considering proposals to require welfare recipients to be tested for drugs. This would theoretically halt the use of welfare dollars that are meant to cover basic living essentials to feed a drug habit.

One version of this law that Florida had on the books has already been suspended on constitutional grounds. Other versions could stand if they work in “reasonable suspicion” that the welfare money is being used for drugs. If a raccoon tears apart your trash bags and leaves beer cans strung all over, you obviously would have been better off taking those beer cans to the local recycling center if you decide to drink beer at all. It’s been established that having a police dog sniff for drugs around a suspect’s car doesn’t count as an unreasonable search. Considering that typical taxpayers tend to get irritable when they feel that their tax dollars are being misspent, it’s not at all unreasonable to expect that welfare dollars should be used for their intended purpose – paying for essential living expenses when people are down on their luck – and not to support a loser’s drug habit.

I believe that if you pay into a system, you should also have the right to get something out of it. Social Security is supposed to be that way and would be if the federal government wasn’t intent on raiding it. If recipients can’t pay into similar systems with cash, it wouldn’t be very out of line to set conditions for receiving it. Work is one viable condition. I could see UBI recipients sweeping floors in federally owned buildings if they can’t find a job any other way. A few reasonable conditions can make UBI palatable to the average taxpayer who was never all that entertained by shows like “John and Kate Plus 8” and is sick of seeing the system abused by the welfare queen with fifteen children.