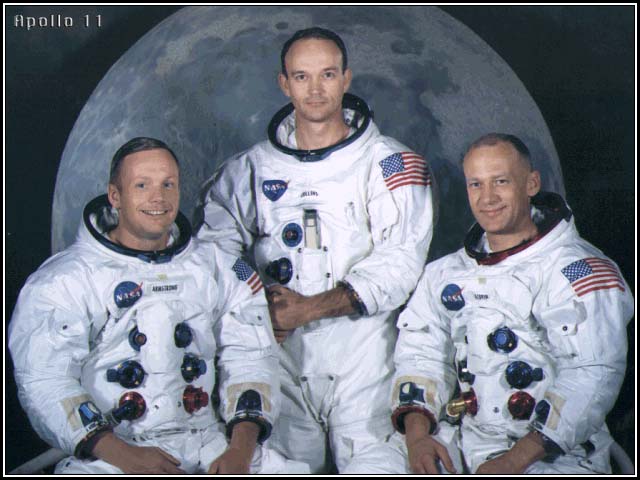 Neil Armstrong. Buzz Aldrin. Michael Collins. You know them as the crew of Apollo 11, which made the first landing on the moon on July 20, 1969. Since then, a few myths have sprung up around Apollo 11, many of them patently untrue stories made up by people who don’t really know what they’re talking about. Here’s a few of the most popular myths about Apollo 11 and its crew. 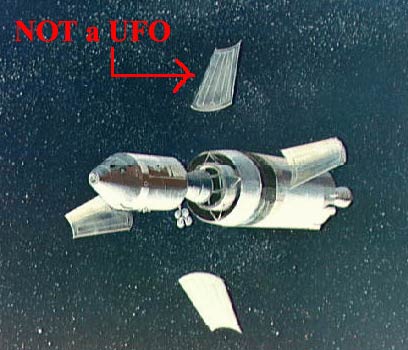 The so-called “Science Channel” really messed this one up. Image credit Discover Magazine

They did see a few things that they couldn’t identify easily, but nothing really made them think that aliens were watching them the whole way to the Moon and back. One of them was a distant metallic object that seemed to follow the Command Module Columbia, but they logically reasoned that it was one of the panels that had been blasted off when Columbia separated from the upper stage. Naturally, it would follow a trajectory similar to theirs. One documentary in which the Science Channel interviews the Apollo crew and twisted their words to raise the possibility that they saw an alien spacecraft following them was blasted by Buzz Aldrin for misleading audiences. How did they do it? Video editing. They can basically move snippets around to support any theory.

Another story had Neil Armstrong spotting at least one hovering spacecraft as he was about to step out onto the Moon and the resulting footage was later edited out of the official footage. People forget that the first lunar landing was televised live as it happened. If Neil Armstrong really refused to leave the questionable protection of the Lunar Module because of aliens, people would have noticed. Any photographs and videos of the alleged incident can be logically explained by Photoshopping, somebody’s attempt to recreate a theoretical UFO scene, or simply the fact that photography wasn’t as advanced in the 1960s as it is today.

Myth #2: Neil Armstrong was an atheist!

This one has been propagated by prominent atheists such as Madalyn Murray O’Hair, who filed a lawsuit against NASA over the Apollo 8 crew’s reading from the Book of Genesis during their mission and added a complaint to her suit in an attempt to force NASA to release documents related to Armstrong’s alleged atheism. The complaint was eventually dismissed. When the topic came up in later interviews, Neil Armstrong commented, “I don’t know where Miss O’Hair gets her information … but I am certainly not an atheist.” In fact, Armstrong had simply put, “No religious preference” on his astronaut application. It didn’t mean that he was an atheist. It simply meant that he didn’t prefer one denomination or another at that time.

Myth #3: Neil Armstrong was a Muslim!

According to proponents of this myth, Armstrong and Aldrin heard a disembodied voice chanting the adhan, the Muslim call to prayer, during their mission. Allegedly, Armstrong realized what it was after the crew returned to Earth and took it as a sign that he should convert to Islam. He received invitations to so many Islam-related events that it became a nuisance and he asked the U.S. State Department to issue this statement:

When requests continued to arrive, Neil Armstrong requested the assistance of the State Department again and they set up a telephone press conference with Cairo, Egypt. With so many Middle Eastern journalists hearing the same thing, it would be theoretically more difficult to put their own spin on the matter. Even so, some people in the Muslim world remained convinced that the State Department was forcing the great American hero to deny his faith.

You Saw This One Coming, Right?

Myth #4: The Moon Landing Was A Hoax!

This is a favorite with Internet trolls, people who want to harass astronauts and the satire writers on the staff of The Onion. Short of packing them all up in a spacecraft, sending them to the Moon and listening to them scream like little girls the whole way, you’re probably not going to convince them. Here’s some reasons to disbelieve them:

The Best Argument Ever!

The next time you call someone a coward and a liar, be ready to duck.