Have you ever wondered why space exploration efforts don’t get as much attention as they used to? Space agencies around the world suffer from a publicity problem because they don’t know how to bring it back down to Earth. That leaves people asking what practical benefit have come back to Earth by sending robots to the far reaches of the solar system. That means rebooting publicity efforts in a way that the average person can relate to. It won’t be easy, but a couple of recent examples show that it can be done.

Curiosity arrived on Mars in August 2012 after a landing referred to on Earth as “Seven Minutes of Terror.” It was that tough, having to test a new Skycrane and a new landing method in the thin Martian atmosphere. Thin, but wind and all the hazards that go with it still exists. Not that Curiosity felt anything resembling terror. It’s a machine, and anyway, a fellow with a Mohawk on the landing team got nearly as much attention as Curiosity did. 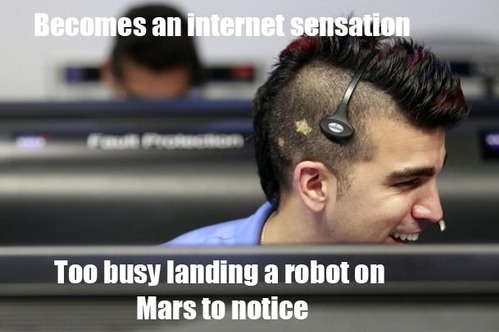 Mars probes, even a cool little Rover like Curiosity, have a lot of trouble capturing and keeping the American public’s attention. They’ll only watch Rovers drill holes in rocks so many times before they get bored. Bob Ferdowsi became popular as the “Mohawk Guy” and got some pretty neat perks like starring in a parody video that went viral and getting to represent NASA in President Obama’s second inaugural parade. Curiosity is still on Mars, doing science on Mars without so much as a convenient repair shop in sight. If a Rover had feelings, it would probably be a little bit lonely about now. People might pay attention for a little bit, but at the end of a Martian day, a Rover is just another cool robot that doesn’t relate much to Earthlings’ everyday lives.

NASA needs more viral videos like this one. We’re NASA and we know it.

Expedition 35 Commander Chris Hadfield had the right idea. During his recent increment on the International Space Station, he became popular as the singing astronaut. He gave us an inside look at life on the space station. He recorded a duet called “I.S.S. (Is Somebody Singing)” with the group called BareNaked Ladies and his farewell rendition of “Space Oddity” received more than 15 million views at last check. His Twitter following exploded from about 20,000 to nearly 1,000,000 people. The CNN website acknowledged their return, in effect, as “Celebrity Astronaut Chris Hadfield and those other two guys are back.” 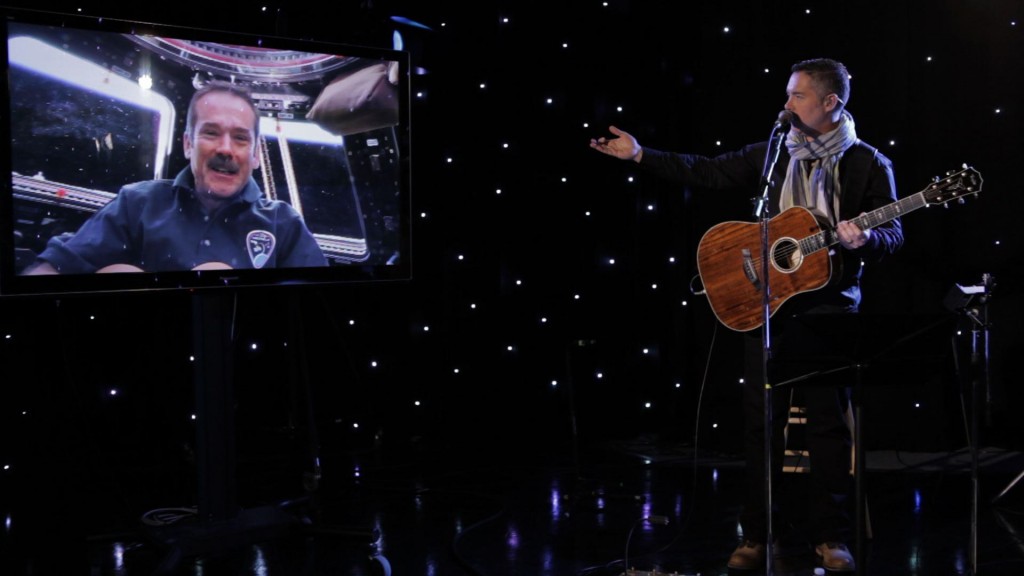 Why do people like Chris Hadfield and Bob Ferdowsi get attention when automated probes can’t? It basically boils down to human nature. It’s tough for us to relate to a machine, even one as cute as a Furby or as human-looking as the Robonaut on the International Space Station. A real person can become accidentally cool simply by sporting a Mohawk. Space agencies like NASA push the science that they are accomplishing but sabotage their efforts by not putting more of a spotlight on the people who are doing the science.

What Mars One Plans To Do

Bas Lansdorp discusses plans for Mars One. More people who are deeply involved in space exploration should be out there educating the public. Mars One has a certain appeal to it. Ordinary people like you can get involved in humanity’s expansion into the solar system.

Mars One plans to raise funds for their project of sending colonists to Mars by making those same colonists the subject of a reality show. I might wish that they weren’t so desperate for funding ideas that they risk getting criticized for turning it into the equivalent of “Martian Survivor,” but the idea of letting the general public see the candidates as real people is a good one.

Their plan includes sending up to forty colonists to Mars. Only four at a time can go and the first crew will pick up a catchy nickname like “The First Four.” If the reality show is handled well, the First Four will likely become celebrities. They won’t have time for all of the autograph and appearance requests they will receive. That’s a good sign that the reality show is doing its job. People are watching and feel like they’re getting an inside track on the doings of Mars One.

A show that only broadcasts for an hour a week isn’t long enough to catch everything and the audience might well miss out on some classic moments. It would be good if someone with a blog got onto one of the crews so she can expand on what happened this week when she can get some free time from Mars One business. A blog would also be good for answering some of the most frequently asked questions in the colonists’ mail.

The Mars One publicity blitz will help make it one of the best-remembered endeavours related to the long-term exploration and settlement of our solar system. NASA Administrator Charles Bolden has said that NASA will certainly pay attention to the experience of private space endeavours like Mars One. Maybe they can learn something about publicity along with learning from the success of others.