If you follow space-themed groups on Facebook, you may have seen the faces made by Buzz Aldrin during that ceremony in which Donald Trump announced the resurrection of the National Space Council, which had not been active since George H.W. Bush left office in 1993. Part of it may have been caused by Trump apparent failure to get Buzz Aldrin’s jocular comment, “To infinity and beyond!” Besides the implication that Trump hasn’t watched very many Pixar movies, he may have simply made comments that made no sense to the aerospace community. Again.

Trump has repeated his pattern of showing no interest, knowledge or support for scientific endeavors that previously came to light with his desire to slash the NOAA’s and NASA’s Earth science efforts. In a move that is being interpreted as yet another example of the president dumping a job he sees as useless on his vice president, Trump has put Mike Pence in charge of the new incarnation of the National Space Council.

Some critics have blasted the National Space Council for possibly adding another level of bureaucracy that space exploration projects have to go through, let alone putting Mike Pence in charge of it. Pence has been criticized for being anti-science and critics fear that he will actively work to derail projects that might disprove his religious beliefs, including his belief in “Young Earth Creationism,” which claims that Earth is 6,000 years old.

Meanwhile, a subcommittee of the House Armed Services Committee has advanced a proposal to create a Space Corps that could become a new branch of the military, splitting off from the Air Force in the same way that the Air Force split off from the Army. This is meant to provide more centralized management for military-backed space efforts and prevent the Air Force from raiding funds that have been earmarked for space efforts for other projects such as new fighter jets or operations in Afghanistan. 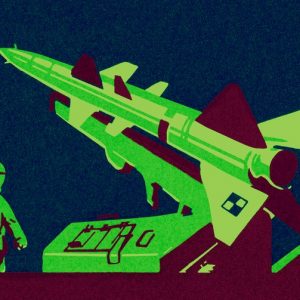 This may be a response to China’s militarized projects, which included a test of a weapon that can destroy orbiting satellites. Besides adding to the space debris problem, this has been seen as a threat to satellites owned by both the U.S. military and civilian organizations that use satellites for peaceful scientific and commercial purposes. In its dealings with foreign technological assets, China has shown a pattern of failing to recognize a distinction between military and civilian assets. This includes repeatedly scanning privately owned information technology infrastructure for possible security weaknesses and occasionally hacking them. The military naturally wants the tactical high ground and this includes having a way to defend space assets against both physical and cybernetic attacks.

However, observers believe that this is yet another move in the endless tug of war between militarized space assets and scientific endeavors that make use of orbiting observation satellites. The scientific community has complained that they sometimes have to buy data from the agencies that operate military satellites – data that can sometimes be several years, if not decades, old due to the slow process by which sensitive data is declassified.

Some members of the scientific community have expressed optimism that part of this tug of war could be solved by partnering with nonprofit organizations that do not rely on government funding. This will have the side effect of forcing satellites to become more cost-effective, simply because nonprofit scientific organizations usually don’t have the resources that government agencies have.

Either way, said University Corporation for Atmospheric Research president Anthony Busalacchi, “We can’t continue to put up these Battlestar Galacticas on a fixed budget.”

Partnering with nonprofits may also solve another problem that NASA suffers from: too many missions that appear to have been designed by committee. Supporters of manned missions to other planets such as Mars Society president Robert Zubrin have blasted NASA’s Journey to Mars as being too complicated, too costly, taking too much time, and not being much of a plan at all. Robert Zubrin has also expressed concern about the ethical side of astronauts being used as subjects in scientific experiments and especially the number of scientific experiments that NASA wishes to conduct on human subjects before it actually sends humans to Mars.

One of the obstacles of private partnerships in space is that the public is used to thinking of space travel as being the realm of government agencies, despite events like Dennis Tito’s paid trip to the International Space Station and Virgin Galactic’s work on private spacecraft for “space tourism” making the news. They may not realize that private organizations could fund missions to space. The situation may start to loosen up when private businesses like SpaceX begin sending paying private citizens into outer space and bringing them back safely. SpaceX plans to send two anonymous people on a trip around the Moon next year.

If the public can support private space missions, that will start moving space travel away from a government-run monopoly and into the hands of private citizens who may have dreamed of becoming astronauts as children. Then Buzz Aldrin does not have to make faces at the president’s back during a ceremony like the one in which Donald Trump announced the reboot of the National Space Council.