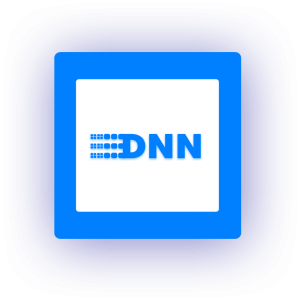 The Decentralized News Network, an independent, blockchain-powered news-and-information service based in Edmonton, New Jersey, will unveil an alpha version of its flagship political news platform during the week of June 26.

The news platform’s users can use DNN tokens to participate in reporting, writing, editing and publishing unique and fact-based articles about the U.S. political scene. Users will be granted a small amount of tokens when they open an account on DNN’s homepage, dnn.media.

“What we hope to accomplish with this alpha is to show a basic, stripped-down version of DNN with smart-contract functionality,” said DNN Chief Executive Officer and co-founder Samit Singh. “We’re holding ourselves to a higher level of transparency: many blockchain-based platforms don’t have anything to show beyond a white paper.”

DNN’s platform is built on blockchain technology, the same type of encryption software that underlays Ethereum, Bitcoin and other cryptocurrencies.

For the alpha test, the DNN platform will be available for use on the Kovan Testnet, according to Dondrey Taylor, co-founder and DNN’s chief technology officer. Trial users will be required to install MetaMask before running DNN. MetaMask will enable the use of DApps, or decentralized applications, in traditional web browsers like Firefox and Chrome.

“With MetaMask installed users can purchase DNN tokens with KOVAN ETH using DNN’s faucet,” Taylor said. “The tokens will allow users to interact with the network in ways dependent on their user type.”

Possible Cons Compared To Yours?

Services like DNN might get seen as yet another service that is comparable to Steemit, which forces users to use its built-in token called Steem. Users would have to go through the extra step of purchasing DNN’s native token before they can post a piece.

The Yours Network, on the other hand, is being built on the Litecoin network. To the end use, this means that content producers on Yours are paid in Litecoin every time readers pay to read an article. Litecoin has the advantage of being one of the better known cryptocurrencies and is accepted by several of the same retailers that accept Bitcoin.

If it comes down to a competition between DNN and Yours, these two issues will likely give Yours the edge.

DNN is a news project powered by digital currency incentives for individuals to create, review, publish and consume fact-based information. Cryptographically secured by blockchain technology, the network relies on a community of inspired writers and editors to produce fact-based political content.