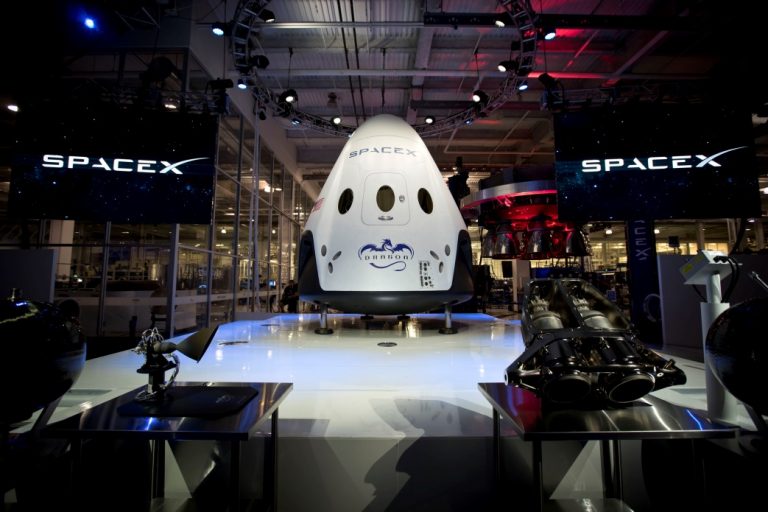 SpaceX has announced that two private citizens have deposited a down payment to take a trip around the Moon next year and other potential private crews have expressed interest in performing similar missions. These crews will make use of the Crew Dragon (Dragon Version 2) spacecraft once it has been flight-tested and earned a rating for manned spaceflight. The trip is expected to last about a week and could break Apollo 13’s altitude record.

The Crew Dragon is slated to make an unmanned test flight to the International Space Station, which will provide an initial demonstration of its capacity, later this year. This will be followed by a crewed mission in the second quarter of 2018. The Crew Dragon will be launched using the Falcon Heavy rocket, which boasts 5 million pounds of thrust. This is 2/3 of the thrust that the Saturn V possessed and more than double the thrust of the most powerful rocket that is currently being used.

SpaceX gives credit to NASA for making these test flights possible through contracts that include resupply flights to the International Space Station, which provides for an average of three unmanned and one manned Crew Dragon flights per year. NASA has also encouraged private missions similar to the private fight around the Moon, which will provide more data on the capacity and reliability of the Crew Dragon without requiring any additional money taken out of NASA’s budget. Once the initial flight tests are successfully completed, the Crew Dragon will be considered operational and ready for a circumnavigation of the Moon and return to Earth.

The names of those who have already made a down payment for the crewed mission around the Moon have not yet been released. This announcement and any crewed circumnavigation of the Moon are both pending health and fitness checks. Once the crew has passed these checks, they will begin training for the first crewed deep space mission since the end of the Apollo lunar missions. They will launch from Launchpad 39A near Cape Canaveral, the same launchpad that was used for the Apollo missions.