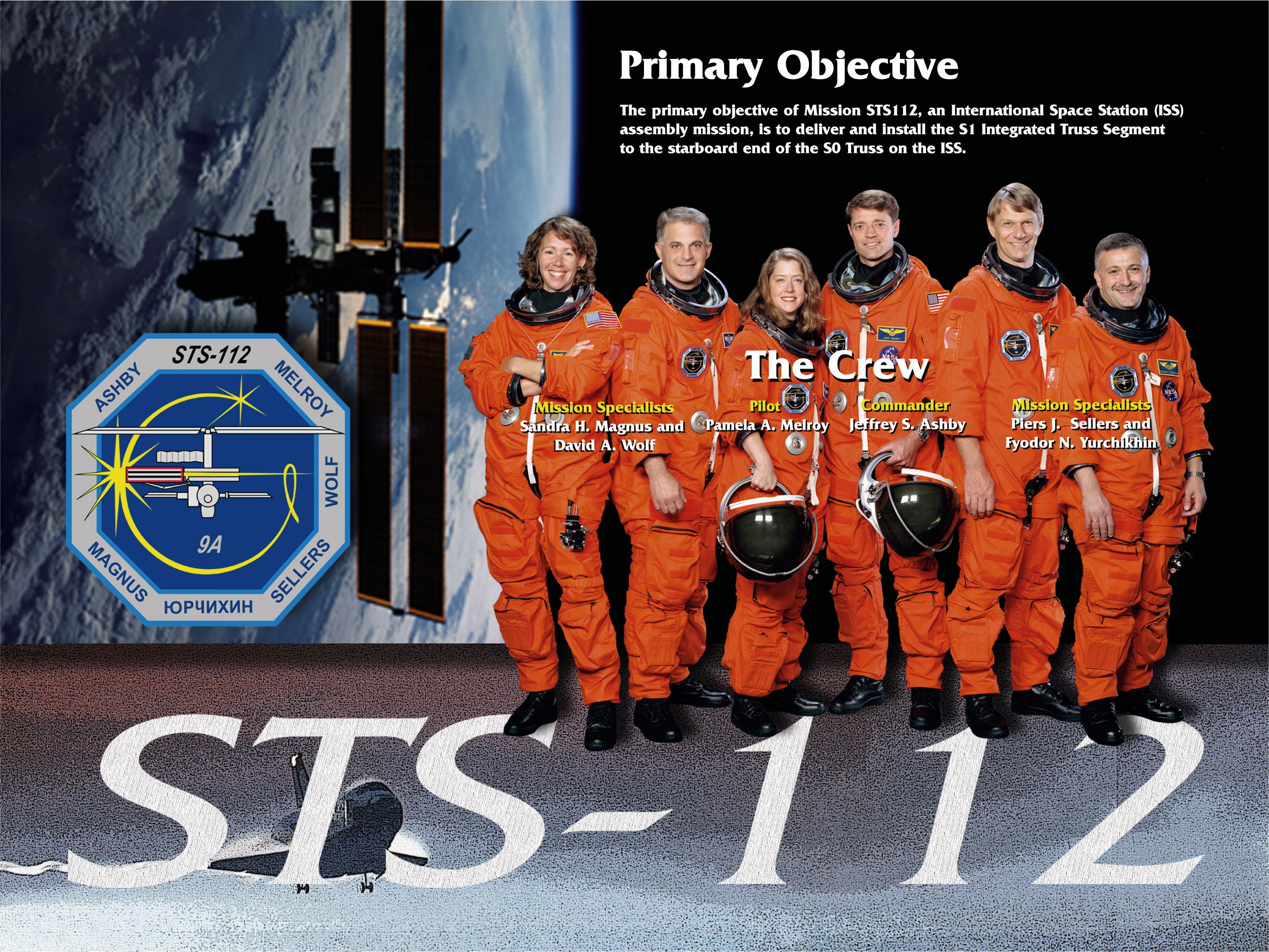 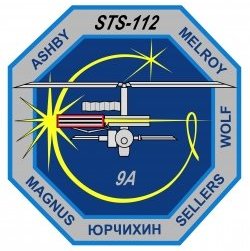 STS-112 had originally been scheduled to launch on August 22 but, with the discovery of the cracks in the cyrogenic propellant duct liners, the fleet was grounded and launch was pushed back until October 7. Atlantis docked two days later and Whitson couldn’t resist needling Mission Commander Jeffrey Ashby: “Did you bring that salsa I asked for?” Ashby said he did and Whitson replied, “Okay, we’ll let you in.” Following pressure checks, the hatches were opened and Expedition 5 welcomed their first visitors in four months.

On October 10, Peggy Whitson and Sandra Magnus used Canadarm2 to transfer the S-1 Truss from Atlantis to its permanent home on the starboard side of the S-0 truss segment. Motorized bolts were activated to hold the S-1 truss in place while final installations were made by Mission Specialists David Wolf and Piers Sellers during the first EVA of the mission.

An Astronaut’s View During EVA

During the EVA, Wolf rode Canadarm2 over to the S-1 segment while Sellers pulled himself around the station. Wolf installed umbilicals between the S-1 and S-0 truss segments to provide connections for power, fluid and data and Sellers used a motorized tool to undo the launch locks on S-1’s three space radiators. Then, they installed an S-band antenna near the connection between the two truss segments. At one point, Sellers looked down at Earth, saw the Pacific Ocean, and took a brief break to admire the scenery. This was his first spacewalk and he found the view breathtaking. “I was completely knocked out of my socks, which were luckily in my suit,” he said afterwards. Resuming his work, he helped Wolf release the bolts and configure brakes on the Crew and Equipment Transition Aid (CETA), which would become a transport aid for astronauts and equipment on future EVAs. The spacewalkers finished by installing the S-1 outboard nadir exterior camera. At that point, Canadarm2 malfunctioned and the two astronauts returned to the Quest airlock without it. Wolf commented in a live interview during the mission that those EVAs were more difficult than they looked and he believed that their heart rates got above 170 at certain points.

For the second EVA, Wolf and Sellers became plumbers. Engineers on the ground had discovered that pressure could build up in the plumbing on some of the earliest ISS modules and the pipes might suffer damage as a result. This could force a serious problem if not dealt with. As a work-around, the two astronauts installed 22 Spool Positioning Devices to help relieve the pressure. Wolf reported that the first SPD he installed appeared to relieve a developing pressure problem: “I heard it burp.” Since they were outside anyway, the two went ahead and connected an ammonia cooling system to S-1’s radiators and mounted a camera on Destiny’s exterior. Meanwhile, mission planners were able to explain why Canadarm2 suddenly quit working on the first EVA. The robotic arm and MBS worked on separate software systems. If they weren’t synched up, the whole system went down. Controllers on the ground were able to reset them by rebooting the computer and had Canadarm2 back online in time for the third EVA.

The two crews spent most of October 13th making cargo transfers and handling routine maintenance. The radiators on S-1 were rotated into position but Houston decided to delay their deployment due to concerns about tolerance levels in the monitoring system. During the news conference at the end of the day, Peggy Whitson expressed her appreciation of the salsa brought up by Atlantis, which she had shared with her crewmates on Expedition 5. Taste buds had a tendency to change during long-duration space missions, which made strong-flavored foods like salsa popular among station crews.

October 14 began with the departure of Progress M-46, followed by the deployment of one of the three radiator panels on S-1. When it reached its full length, the astronauts played Handel’s Hallelujah Chorus for the benefit of controllers on the ground. The deployment of the remaining two radiators was put off until 2003.

October 14 also features the third EVA of the mission. They removed a bolt that had been preventing the activation of the cable cutter on the Mobile Transporter, connected ammonia lines between S-0 and S-1, and removed structural support clamps that had prevented damage to the S-1 truss segment during launch. Referring to station construction, Wolf commented, “We’re over the hill.” He was quick to add, “Over the hill on the station.” Seller had no comment. They also fitted two more SPDs to a pump motor assembly that circulated ammonia in the cooling system. They had finished their tasks ahead of schedule and went back inside after 6 hours and 36 minutes.

The two crews got some free time before they began their final tasks on October 15. Jeffrey Ashby and Whitson worked together to install a new humidity separator in the Quest airlock. Saying goodbye was a little tough for the Expedition crew, who were remaining behind for another month. Peggy Whitson and Sandra Magnus were good friends and hugged as they said their farewells. The hatches were sealed for the final time and the crews got a night’s sleep before the shuttle’s departure. As Atlantis undocked, Shuttle Pilot Pamila Melroy said, “We want to stay.” During a 180-degree fly-around of the station, the Atlantis crew took pictures of the newly installed truss segment. Despite strong winds, Ashby made a smooth landing at the Kennedy Space Center on October 18. 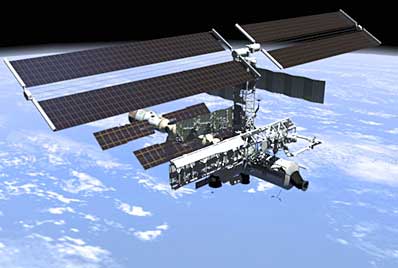 A view of the International Space Station with the S1 Truss.