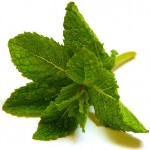 Mint is most commonly used as a breath freshener and in certain herbal teas. However, it has many more potential uses that make it a useful addition to your home-medicine arsenal. It makes a good remedy for mild digestive ailments, can help with headaches and makes a good mild insecticide. It also goes well in a variety of recipes, including some main dishes. So here’s some of the scoop on mint and what it can be used for.

A Little About Mint

Mint is scientifically described as the plants in the Mentha genus. There is some confusion about the exact number of species in this genus and it is estimated at between 13 and 18 distinct species.

The Greeks were among the first to record use of the mint, which was a popular addition to baths as a stimulant and was also used to clean tables. The name Mentha derives from a tale in their mythology, in which a nymph named Menthe was turned into a mint plant after Pluto fell in love with her.

From Greece, it migrated to Rome, where it became a popular part of sauces, as a digestive aid, and as a breath freshener. The Romans brought it to the British Isles. It is believed that the Pilgrims introduced mint to America. 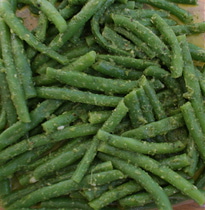 Steam the green beans; rinse in cool water. Pat dry and set aside in a shallow bowl. Combine garlic, jalepeno and lemon juice in blender; whirl until mixed well. Add mint, olive oil, salt and pepper. Puree mixture until smooth. Pour mixture over green beans and toss until well-coated. Let sit for at least half an hour until flavors are combined. This can also be covered and refrigerated overnight for a better blending of flavors.

Preheat oven to 375 degrees. Arrange fish in rimmed baking dish. It can overlap a little, but make sure layers are no more than 2 fish deep. Use a blender to mix mint, ginger, oil, salt and pepper until it is the consistency of paste. Adding a little water is okay to achieve the paste, but do it sparingly. Distribute paste evenly over the fish. Bake about 15 minutes until fish flakes easily with a fork. 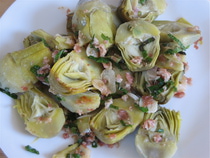 Fill a bowl with cold water and add lemon juice. Trim outer leaves and stems off artichokes and add artichokes to the bowl. Set aside to soak. Boil water in large pot, add 1 Tbsp salt. Drain artichokes and add to pot. Simmer 10-20 minutes until tender. Drain and rinse with cold water. Cut larger artichokes in half lengthwise; scrape away fuzz from inside with knife or fork. Heat oil and bacon in frying pan over medium heat. Cook, turning occasionally, until fat is rendered from the bacon. Add garlic and sauté just until garlic is golden brown. Add artichokes and wine; cook, stirring often, until wine is evaporated. Stir in mint, pepper, and salt to taste. Serve hot with Parmesan cheese sprinkled on top.

Learn More About Cooking With Mint With These Cookbooks 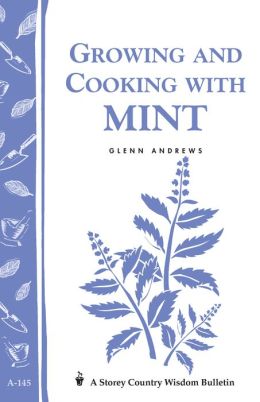 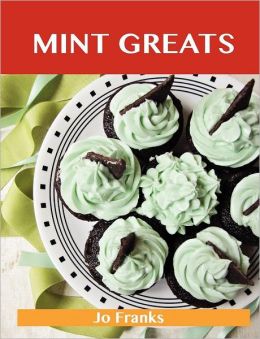