So you probably take it for granted that science has a way of weeding out junk ideas. It’s called peer review. If other scientists can’t reproduce your results, maybe something weird happened in your lab and worms can’t actually absorb other worms’ memories (if worms have memories) just by eating them. Even the best scientist can subconsciously get so emotionally attached to a theory that he ignores data that doesn’t support it, or perhaps a clerk made several unfortunate typos while transcribing your results into an Excel spreadsheet. That sort of thing can lead to serious egg on a researcher’s face when his work washes out in the peer review process.

Not that the peer review is perfect. Good ideas have fallen by the wayside simply because the scientific community just wasn’t ready for them. Even when it works, it takes time for a theory to be accepted. It really hurt a lot of people’s pride when Copernicus theorized that the Sun was the center of the solar system, simply because it forced them to get used to the idea that Earth isn’t the center of Creation. You still see people who refuse to accept that the entire solar system doesn’t revolve around them and become very offended when somebody tries to point that out to them. Personality flaws aside, people gradually accepted that Earth has now been shoved to nearly the edge of the Milky Way Galaxy, and even that isn’t the entire universe.

It’s worse when governments get involved. Because federal governments fund much of the scientific research that goes on around the world, it’s not hard for them to yank grants and other sources of funding over a technicality or simply slash the across-the-board budget for all sciences. Besides the fact that it’s hard to do good science when you have to beg for handouts during every fiscal year, it’s not difficult to imagine that support can be yanked simply because the government doesn’t like the results. There are people who say that the number of scientific papers that support climate change outnumber the ones that don’t only because scientists know that their grants will be canceled if they publish results that might debunk climate change. While I’ll never deny that us humans have had an effect on the natural world and I won’t say pollution in big cities can’t be a problem when you see recent stories about all the smog in China, anyone who cares to look up the data might notice that there’s a correlation between the amount of solar activity and Earth’s temperatures. The Sun is capable of delivering more energy to Earth in an hour than we use every year. That’s hitting a target that probably would have looked like a colorful little golf ball to the Sun if it was capable of seeing. It’s known that the Little Ice Age of the 18th Century roughly correlated with something called the Maunder Minimum, a time of record-low solar activity. Yes, we did see increased industrialization as we started to come out of it, but we also saw increased solar activity. However, it’s almost like the government doesn’t want you to know that, so they fill the relevant headlines with talk of “climate change” and ways that we can solve it. Only we won’t ever really solve either ice ages or times when the Earth gets hot enough to melt polar caps without a way to convince the sun to behave itself. However, any scientist who says that, even the ones who study solar activity, could be facing a budget cut even though the government tries to use excuses like sequestration.

Do the results of a scientific study get skewed? Sure they do. Sometimes scientists get paid by a large corporation to study their drug and then somebody cherry-picks the results that prove that it’s safe so that the corporation can get a pass from the FDA and run advertising on national TV. You know the ones that promise to treat your constipation and your erectile dysfunction – the sorts of things that most people don’t like to talk about, but there they are right on your screen. I don’t want to accuse the scientists in this case because any smart consumer knows not to trust a study that has been funded by the corporation.

It’s much easier to just pick two data sets that might seem unrelated when you look at them separately and put them together to prove a correlation. Any smart scientists knows that correlation does not imply causation. You could, for instance, track both the average IQ of the United States’ population and the number of immigrants that came from Africa over the past few decades. What would those two sets of data tell you? I honestly couldn’t tell you, but I do know that the vast majority of the people living in the United States of America today were not born in Africa. So any attempt to use a chart with these two variables to make the point that immigration from Africa has any significant effect on the average IQ in the United States would not only be pointless, but could also be construed as racism.

It’s not just about the ways that government can censor scientists who disagree with its propaganda machine, and they have more weapons than just money to do it. Any government with an agenda can silence a scientist that gets out of line, as Oppenheimer’s peers found out when he was marginalized by a U.S. government under the influence of rampant McCarthyism. Besides, anybody with a point to make can go into an organized debate with information he cherry-picked to support his argument or simply make stuff up. The important thing here is people’s right to make informed decisions and that means allowing access to scientific information without trying to bottleneck it based on whatever message you’re trying to get across.

That’s going to be a tough concept for certain government agencies to wrap their heads around. Those people who talk about how the government was behind everything from assassinating Kennedy to the 9/11/2001 terrorist attacks only get fueled by revelations like the documents that Edward Snowden has released so far. And of course the military could be sitting on anything from the next Manhattan Project to little grey aliens. If you want to know about something the United States government is doing, go to the appropriate agency’s website and fill out a Freedom of Information Act (FOIA) request. If they aren’t going out of their way to keep it a secret for the sake of “national security,” you might well get pretty far. In fact, I might go to the NASA website and ask for information on old rocketplanes like the X-20 “Dyna-Soar” when I finish up this blog entry.

A lot of people people will ignore the science, no matter what the issue of the day is. You know the type. They might be the ones who only cared about making the basketball team or the cheerleading squad in high school and still don’t see how science can improve their daily lives even while they play on their iPad or tune in to the daily weather report. They might be the ones who are so bound up in their own beliefs that they won’t change their minds no matter what you say or the amount of evidence you have to prove your point. However, that would be their choice in an ideal world in which a student working on his doctorate dissertation won’t run the risk of having his work seized and classified because it possesses eerie similarities to a top secret weapons system being developed by the military.

Learn More About This Issue 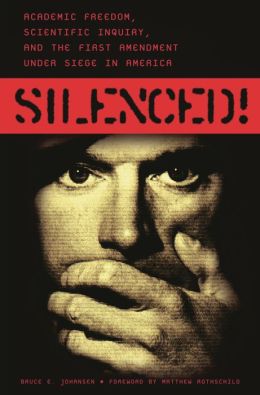 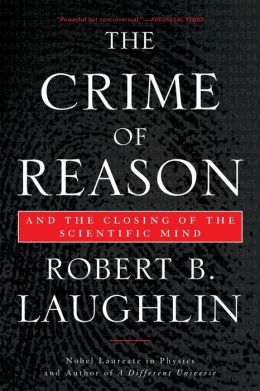