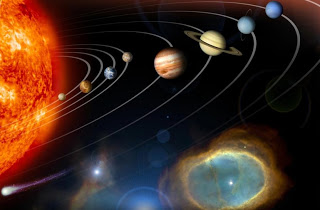 For as long as our ancestors have been recording history, they have been looking up at the night sky. They were curious about the little twinkling lights they saw far above them. Over time, they began to notice that some of those twinkling lights moved in relation to the others. The Greeks called these moving lights planets, which comes from a Greek phrase that means “wandering star”. As our ancestors’ ability to observe the universe around us improved, they came to realize that these “wandering stars” aren’t stars at all, but actual worlds. The exact nature of the planets and our solar system has been debated for many centuries and some issues, like the exact status of Pluto, are still very controversial in the astronomical world.

Planets Round A Star

Okay, it’s kind of a dumb video, but if you have some children, they might think it’s fun to sing about the planets in our solar system.

The Planets In Our Solar System

The planet closest to our sun, Mercury is inhospitable to life with wild temperature swings (It’s amazing how cold the night side on a planet so close to the sun can get!), no atmosphere to speak of, and intense exposure to radiation. Because it orbits the sun in only 88 days, it was named for the equally speedy messenger of the gods with wings on his feet. 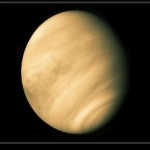 With a runaway greenhouse effect and heavy cloud cover, Venus has no liquid water. It is still a perennial favorite of science fiction authors ranging from C. S. Lewis to Ben Bova. Will astronauts ever survive on the planet’s surface? It’s unlikely without the most rigorous possible protections against a toxic and corrosive atmosphere. 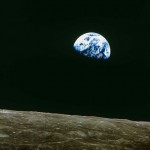 Our home planet, with plenty of cool landmarks, life forms and vast oceans. It has all the key ingredients to support “life as we know it,” including liquid water, a friendly atmosphere, and the exact right distance from our sun to ensure that it doesn’t get too hot or too cold to support some form of life. 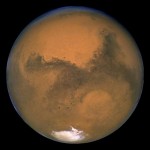 The fourth planet from our sun, Mars is known for its red color along with being home to the tallest mountain and deepest canyon in the solar system. It is believed to have been habitable at some point in the distant past and has actually tricked early astronomers into seeing what they thought were signs of civilization. Could it become habitable again? Various space-minded organizations are looking into it and could actually send people to Mars in the near future. 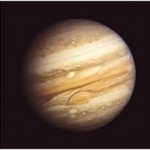 The fifth planet from the sun, Jupiter is well-known for being the largest of the planets. Interesting features include the Great Red Spot, a massive hurricane in its upper atmosphere. If you have a good telescope, see if you can spot some of its moons. Galileo Galilei spotted four of Jupiter’s moons through an early telescope in 1610, including Io, the most volcanically active object in the solar system. 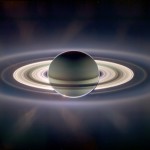 If you have a good telescope, you will likely see a distant image of Saturn’s spectacular rings. Those rings are believed to be the remains of a moon that got torn apart and may hide small moons that haven’t been discovered yet. Be sure to keep an eye on the moon Titan, which has an actual atmosphere and a surface that is shaped by weather patterns. 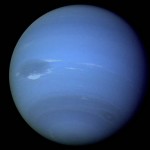 Neptune’s brilliant blue color inspired its name, which comes from the Roman god of the sea. Of all the interplanetary probes that Earth has sent out, only Voyager 2 has visited this lonely planet. It was a brief flyby that lasted long enough to discover Neptune’s second largest moon, Proteus. Neptune’s largest moon, Triton, is more interesting because it may have been geologically active and still has active geysers.

What is a planet? This has been a hotly contested topic for a long time and has gotten even more heated since Pluto’s demotion to a dwarf planet in 2006. The International Astronomical Union defines a planet as an object that orbits the sun, is massive enough to be round, and has cleared its orbit of smaller objects. The definition is still debated in astronomical circles.

What is an exoplanet? An exoplanet is a planet that orbits another star. The first confirmed discovery of an exoplanet was announced in 1995. As of June 2012, 778 exoplanets have been discovered, with most of those being massive giants that are larger than Jupiter. Most of those planets have been detected by their effects on the stars they orbit. They might make a transit, or pass directly between Earth and its parent star, which causes the parent star to appear to dim slightly. One might be detected by its effect on a star’s Doppler shift using the theory that a big enough planet can cause its star to wobble. It might be detected using astrometry, the measurement of the exact distances to distant stars. Astronomers are making improvements to new ways to detect exoplanets.

How does a planet form? According to current theory, planets form early in a solar system’s lifetime. They are usually clumps of matter that grow big enough to sweep up smaller clumps in their orbits. The process of sweeping up these clumps is a violent one and some sizable chunks of matter never grow big enough to be classified as a planet. Early protoplanets are typically hot and cool off over millions of years.

How big can a planet get? Pretty big. Some objects called “brown dwarfs” are right on the borderline between stars and planets and are typically though of as failed stars that didn’t get big enough to fuse hydrogen in its core. Many exoplanets are several times the size of Jupiter.

Why does Earth have life and Venus doesn’t? That’s one of the real mysteries of planets. How can two neighboring planets be so radically different? Both planets have a sizable atmosphere and are classified as rocky terrestrial planets. However, Venus has a toxic atmosphere and no liquid water. Scientists believe that it may once have been capable of hosting life, but a combination of factors that included increased energy production of the sun and Venus’ own runaway greenhouse effect evaporated the oceans and may have killed any life that theoretically existed. There has been recent speculation that some microbes may survive, but this has not been proven.

How Much Do You Know About Planets?

This is what some of the planets would look like if they were in our Moon’s orbit.