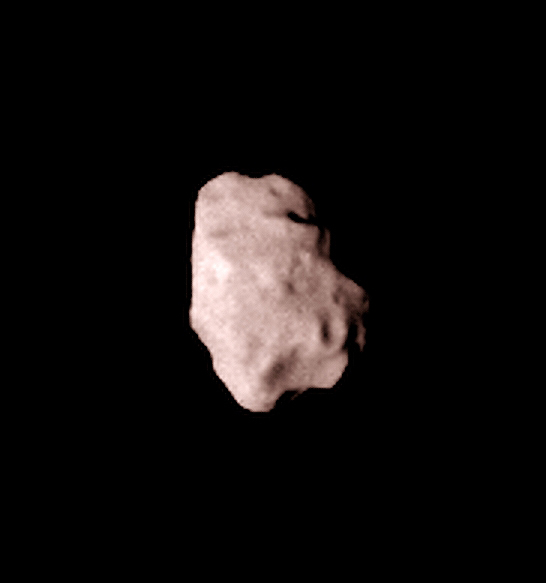 Asteroids are widely believed to be the rocky leftovers from the formation of our solar system. They can range in size from a few meters in diameter to several hundred meters across. While most asteroids inhabit the Asteroid Belt between Mars and Jupiter, the orbits of some asteroids can take an elliptical that brings them into the inner solar system and possibly even interact with Earth. In fact, a giant asteroid is believed to be responsible for the extinction of the dinosaurs. Could it happen again? Many astronomers believe so. In fact, there have been recent cases of asteroids passing closer to the Earth than the Moon’s orbit. Stay tuned… 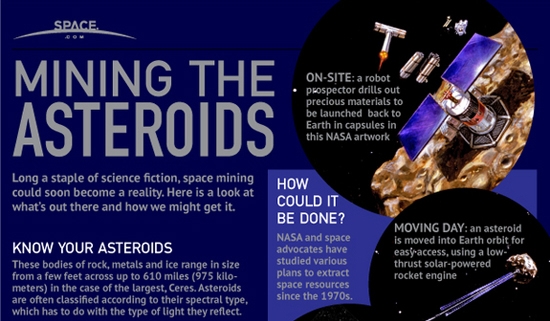 Mine the asteroids? They are known to be rich in iron and rare-Earth elements that may make interplanetary trade feasible. Image credit Space.com

Sponsored by SETI, Bill Bottke discusses a period in the early history of the solar system when the planets were being heavily bombarded by asteroids and comets.

The Origin of Asteroids

The asteroid belt exists in a zone wide enough that you would think there would be another planet there. The old astronomers thought there might be one and Ceres was actually smaller than expected. The subsequent discovery of Pallas, Juno and Vesta made it clear that there was actually a series of objects in that zone and there are now more than 100,000 known asteroids.

Many astronomers now believe that there was never actually a planet there. Instead, the asteroid belt may be the remains of a series of planetesimals that were torn apart by a series of collisions. Ceres may be the last remaining dwarf planet in that zone and it is also smaller than it used to be. The collisions, along with gravitational interactions with the planets, drove many asteroids out of the asteroid zone. Many of those collided with planets and the Sun. Those that haven’t are scattered throughout the inner and outer solar system, orbit planets, or were ejected from the solar system.

If you’re one of those people who doesn’t support a robust space program, consider this video. You really don’t want to be on Earth when the next big one hits. Here’s some proposed ideas for deflecting the next “big one”.

Asteroids and What To Do With Them