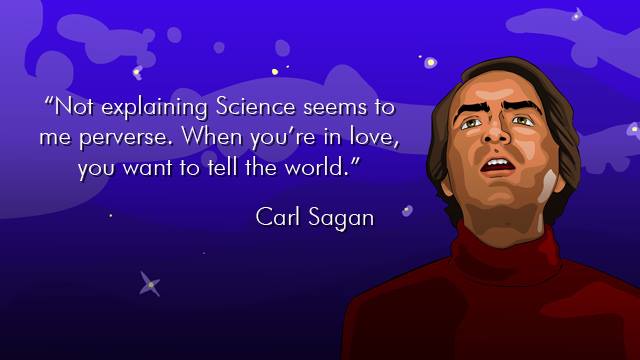 Do you have sudden, uncontrollable urges to share what you love with others? I bet you’re the kind of person who drags your kids out to watch a meteor shower even though they roll their eyes. Don’t let it get to you, because those little astronomy parties are actually quite educational besides being just plain cool. You’re sharing what you love and, really, that’s human nature. When you love something enough, you want to spread it around so you can get other people enthusiastic about it too.

If you aren’t careful, blasting what you love to the world can get a little bit annoying. It can degenerate into the same level as my sister and her boyfriend if you don’t strategize. She really likes him a lot and she doesn’t seem to really care who knows it. On the one hand, she would probably be mad at me if she knew that I put on my headphones and blast the Hawaiian music she hates so much when they start kissing. On the other, it’s just her way of sharing the fact that she loves someone. If only she realized that her behaviour with her boyfriend is in danger of becoming part of her “brand,” one of the things that people think of when they think of her. It’s like the one very bad TV commercial that everybody in America sees about a dozen times before somebody at corporate headquarters realizes exactly how awful it is and yanks it from the airwaves. It takes time and cleverness to recover from that kind of mistake.

In other ways, Carl Sagan got it right. As enthusiastic as he is about educating people about science, it’s likely that he influenced a few of the people he met in a positive way. This is something that actually serves a higher purpose than my sister “sharing” the fact that she likes her boyfriend. If you can help some kid nail his math homework or show him that astronomy isn’t such a scary subject by letting him look through your telescope, you can make the world a smarter place and get the added benefit of watching his face light up when he gets it. The kid might well become the mathematician who develops psychohistory many millennia before Hari Seldon, the hero of Isaac Asimov’s Foundation novels, is born or the astrophysicist who makes the biggest breakthrough since Albert Einstein’s E=MC2. It becomes the clever Geico Gecko of marketing, something that people remember when it becomes time to renew their insurance and they want to see if they can really get a better price. And, before anybody asks, this is a motherboard. Note the slots for parts like RAM, processor, hard drive and graphics card.

It can be tough. When people say that I’m not real talkative, what I really hear from them is, “You are a boring person who walks around in a Mars One hoodie and uses big words I don’t understand. Do you even speak English?” What can one do, when you are a fashion queen and I am a computer geek. We aren’t going to be talking about much when you’re constantly asking me to define my terms and I don’t really care about that sexy dress that was featured in InStyle last month. It’s the eternal advertiser’s conundrum. You can blast your message to everybody, but only a few are going to care enough to listen, so that means knowing how to reach the people who are actually in the market for a new motherboard.

Really, I was telling the Aspiring Martians Group that I could become a shameless self-promoter and contact all the radio stations and local TV channels in my area to tell them about what an exciting thing Mars One is if I can just make it to Round 2 of the selection process. That wasn’t a joke. There may be a lot of people in my area who think like me and wish they could get involved with something that truly interests them in a world that seems obsessed with the latest iPad and whatever it was that Kim Kardashian wore last week. And even the people who aren’t interested in what I have to say would be like, “Didn’t I see you on TV last week?” It would certainly give people something to talk about other than whatever was in the gossip column this morning.

Obsessions can take many different forms…

I don’t really think I’m more obsessive than most people when it comes to something I am genuinely interested in. Some people are all about fashion, and those are the ones who are the popular chicks (which I never was). I really suggest watching the Broadway show “Wicked” if only for the sight of Galinda bowing to her little shrine of a couple of dozen pairs of high-heeled shoes. That’s hilarious – If you want to see obsession, there it is. She’s a ditz, but at least she tried to share her love of fashion with Elphaba.

Bas Lansdorp seems to be a fair sight brighter than Galinda about sharing things he’s passionate about. First, he knows his target audience and it isn’t the Galinda types. He speaks to the people who might have though that we could have had a permanent settlement on Mars by now if we hadn’t spent so much time jinking around in Earth orbit. Second, he is obviously very enthusiastic about his subject matter and can convey that to an audience. He’s good at communicating that colonizing Mars is really something that can be done if he can only raise the money for it and he’s got some high-level individuals and companies in the aerospace world on board to back himself up. At this point, he’s already succeeding in getting a lot of adventurous people excited about it with maybe a few holdouts who think it won’t happen, and he has as much chance as anybody who is serious enough to put their reputation on the line at actually pulling it off. So this is a fella who is successful about getting the word out about something he wants to do.

Does this sound like marketing? Sure it is. The most successful marketers are very good at getting the word out about their businesses, nonprofits or just some topic that they think is serious enough to actually do something about. They get people excited about their product or message. It’s part of what made chicken eggs the ones you usually see in the supermarket when Cornish hen eggs are just as edible, and what made beef “what’s for dinner” when buffalo meat is just as tasty and a little bit healthier. It’s about being able to reach your audience and share your passions in a way that is effective. And it certainly doesn’t hurt to have Seth Godin’s “Purple Cow,” the thing that makes you different from everybody else who might have a similar message.