In the old days when half-duplex cabling was the only viable option for computer networks, transmissions over the OSI Physical Layer of networking was bogged down by frequent data collisions. Now that full-duplex cabling is more prevalent and data can go both ways, this isn’t as much of a problem but can still occur if two machines try to transmit data in one direction at the same time. Attempts to manage the problem of collisions lead to a protocol called Carrier Sense, Multiple Access with Collision Detection (CSMA/CD).

Everything You Ever Wanted To Know About CSMA/CD

Transmission Control Protocol/Internet Protocol (TCP/IP) enable transmissions over networks by providing a standardized set of protocols that work with devices from a wide variety of vendors. It is completely free to use for anybody to use, regardless of whether one is a Fortune 500 technology company or a small independent operator who assembles computers in his basement. TCP/IP is maintained by the Internet Engineering Task Force (IETF), which issues updates in the form of RFCs, such as the TCP protocol described in RFC 793. Proprietary competitors such as IPX/SPX have all but died out due to lack of wide adoption.

The Transmission Control Protocol (TCP) is considered an OSI Transport Layer protocol and provides reliable connections for data transfer between devices. It also handles flow control, sequencing, windowing and error detection. It creates a 32-bit header for each data packet to be sent over the network and handles ports like the following:

The Internet Protocol (IP) works on the OSI Network Layer and handles transporting of data over the network. It ignores the actual medium that the data will be transported over. Addressing is part of the function of IP, which inspects the network layer address of packets to be sent on and determines the best route to send them to their destination. The OSI Network Layer and Internet Protocol provides a lot of the advanced functionality of routers responsible for sending packets on to the next hop in their journey.

On Windows machines, the IP protocol can be inspected by opening the command line and entering ipconfig /all. ipconfig /release will release the IP address, often to a common pool if you have DHCP enabled. ipconfig /renew will obtain a new IP address. ipconfig /? will display a help message for ipconfig that gives more options.

User Datagram Protocol (UDP) is an alternative to TCP that doesn’t ensure that a connection is established before data is sent. Instead, it uses best-effort attempts with no assurance that the data will actually arrive. It handles applications and ports that don’t need reliability, guarantees or much bandwidth, such as DNS at Port 53 and TFTP at Port 69.

File Transfer Protocol (FTP) is an Application Layer protocol that is primarily used for the transfer of files from one device to another. If you operate a website, you may be familiar with FTP for moving your HTML/CSS and other files from your computer to your web host. It is a highly reliable operation that operates using TCP and ports 20 and 21. Debugging FTP can be done using the command debug ip ftp.

Trivial FTP (TFTP) is a less reliable alternative to FTP that requires specifying the directory or folder that the file is located in. It is widely used on Cisco routers to create backups of configuration files and upgrade the routers. If you are working with your routers, an easy way to back up your configuration is to type in copy tftp flash. You will be prompted for the address or name of the remote host, the source filename and the destination filename.

Hyper-Text Transfer Protocol (HTTP) is an Application Layer protocol responsible for sending multimedia files like text and graphics from a web server to clients and assembling them as a web page. HTTPS is a secure version that uses SSL and TLS to encrypt data.

Telnet and Secure Shell (SSH) are two ways to remotely connect to network devices such as routers. Telnet is the less secure version, so most network administrators use SSH to prevent their router configurations from being intercepted. Connections using Telnet can be used to check that all seven layers of the OSI model are working correctly unless it is being blocked by a firewall or isn’t enabled on a device. Telnet requires a VTY password to connect.

Internet Control Message Protocol (ICMP) reports problems or issues with datagrams (IP packets) and is required for networking purposes. If the datagram becomes corrupted at any point, it is dropped and an ICMP report is generated to send to its source. It is also used for pinging, a useful tool for troubleshooting connection issues. ICMP can be blocked to prevent a Denial of Service attack that can slow down an entire network.

Traceroute is another useful tool for testing network connectivity. It lists the hops taken by a packet as it travels to its destination and can provide more useful information about where packets are being dropped or simply can’t continue to their destination.

Address Resolution Protocol (ARP) essentially matches IP addresses with the machine, or MAC, address. When a device has to transmit data, it will check its ARP table for the destination’s MAC address. If it doesn’t exist as an entry, the device will broadcast an ARP request to obtain the data. Routers will intercept the broadcast if it occurred on their subnet. If the MAC address doesn’t exist on that subnet but it knows how to reach it, the router will send a proxy ARP packet so that the source device can send the data without worrying about exactly how it will reach its destination. Devices to be connected to a network might use reverse ARP (RARP) to obtain an IP address that can be matched with their MAC address. On switches and routers, ARP tables are reset routinely to save memory and reduce inaccurate entries.

Simple Network Management Protocol (SNMP) allows network devices to send messages called traps to a management station. These traps can be used to detect difficulties on a network, such as faulty interfaces or unusually high CPU utilization on a server. 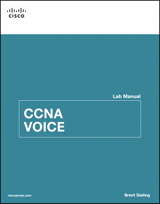 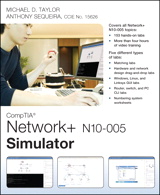 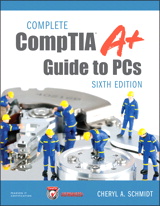 Computers And Networking on eBay