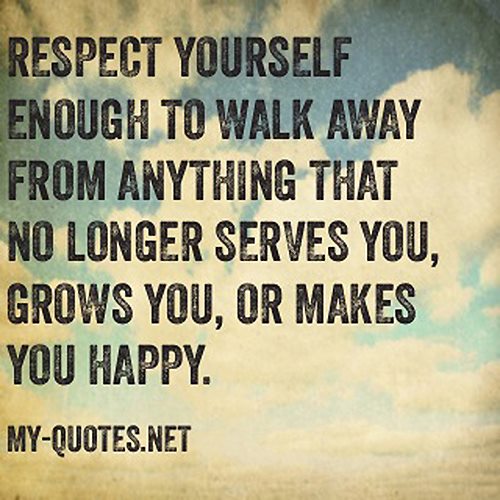 So I’ve heard people say that their voice could be amplified if they could only leave a particular system if they don’t feel like they’re being heard. They call it “exiting.” Roger Ver, better known as “Bitcoin Jesus,” has gotten some attention for doing exactly that because he felt like he was being picked on by the U.S. legal system. Actually, almost 3,000 Americans gave up their citizenships in 2013 for a variety of reasons – including the feeling that the IRS shouldn’t have its fists around their finances if they’re making a living in another country.

Such a thing has been getting attention and it’s pretty disingenuous for American officials to say that they aren’t turning in their American passports for tax reasons (as reported by CNBC) when tax filing laws, compliance requirements and high penalties has just made the whole thing more of a hassle than simply signing some paperwork at the American consulate. But that’s a whole different story. The point here is that exiting can and should be an option for the same reason that threatening to cancel your service is one of the more reliable ways to get the attention of any corporation you have a contract with. You’re not just voting with your dollars. You’re voting with your right to move out if you’re dissatisfied with the way things are going in your area.

This can be difficult. If you want to leave your current nation, where are you going to go? In many cases, leaving is expensive, you have to put up with being on your destination’s immigration waiting list, and in some especially tyrannical nations, the government will go after your family if you leave without them. That can really put a dampener on things.

Fortunately for the rest of us, people are actually working on making exits easier. Bitnation is the “Version 1.0” of voluntary governance systems that anyone can use. Such a system could even do away with taxes by taking the tollway approach – the people who actually use it are the ones who pay for maintaining it – and can be ignored by people who don’t wish to use it for anything without risking losing their house in a default judgment like one family with a nuisance dog that made national news for ignoring a neighbor’s civil case. Bit overboard, maybe, but that’s what happens if you ignore anything coming from U.S. government entities these days. When we reach the point where we have a few dozen Bitnation 3.0s that are gaining in popularity once people see how easy they are to use, you’ll only have to deal with the social pressure of “everybody’s using them” and select your favorite.

Of course, traditional governments probably won’t give up without a fight, so it makes sense to develop the capacity to put some distance between you and a government that you just can’t seem to get along with. For some people, that means seasteading. It sounds simple in theory. You plunk a seastead out beyond national borders and develop your own society. In practice, the fact that the Principality of Sealand feels the need to sell royal titles that make a good novelty gift that will impress a romantic interest should tell you something about the costs involved. (Don’t feel too bad for Sealand though. This is the only seastead I know of that actually has a fútbol team.) The upfront costs is one major reason that you don’t see more seasteads. For all the juicy details, you might try getting in touch with the Seasteading Institute.

If seasteading isn’t good enough for you, there is the option of creating your own space colony. It’s going to be challenging, expensive and dangerous, but the first few successful Martian colonies should ideally attract competent people who can leave old emotional baggage behind on Earth. In fact, Google CEO Larry Page provably demonstrated that he’s best buds with Elon Musk by saying that he’d be perfectly happy to leave his billions to SpaceX for the sake of “backing up humanity”. This could work as a kind of scholarship for the people who are used to hard work but would never be able to afford a trip to Mars on their own. It gives more people the option to exit a situation they’re dissatisfied with on the understanding that Mars isn’t paradise and future settlers that actually care about survival will have no patience for moochers.

The important thing here is to have an exit strategy that’s actually viable. In our current system, the people who shout the loudest are usually the ones who get heard. Quieter people may simply wish that they could vote with their feet and walk away when they see how things are going. In most cases, they just don’t know where they can go or they may have been waiting for immigration services to get back to them or they can’t afford to leave. With some promising solutions coming down the pike, though, exiting current political and socioeconomic systems that do not suit your particular situation will begin to look more like a viable option.