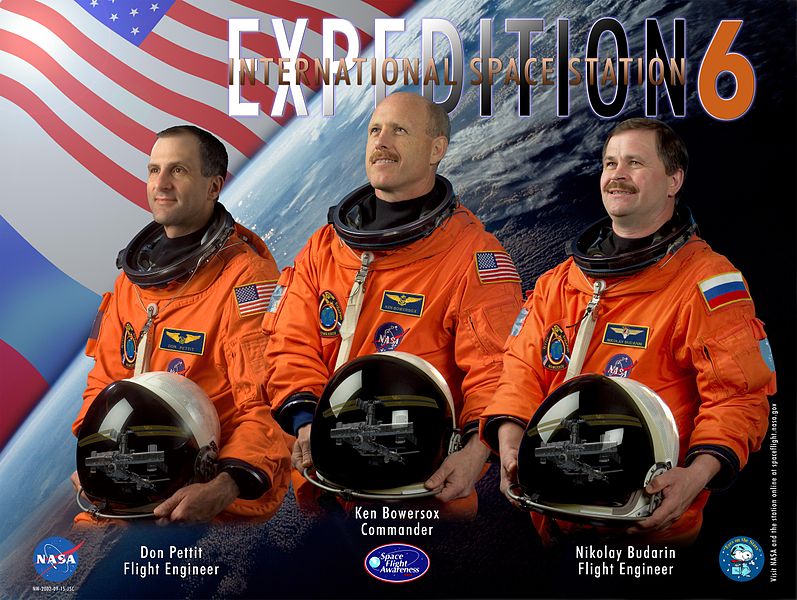 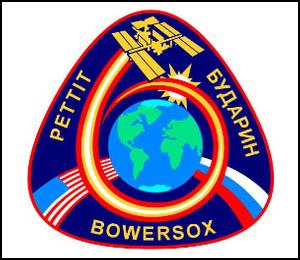 The Expedition 6 crew stowed equipment brought up by STS-113, and then settled into the routine of experiments and maintenance. Experiments included the Zeolite Crystal Growth (ZCG) experiment, which would produce zeolite crystals similar to, but larger than, the ones found in geodes. This experiment had previously appeared on space shuttle missions but researchers hoped to take advantage of EXPRESS racks designed to protect experiments from vibrations. Another one was the Foot/Ground Forces (FOOT) experiment designed to measure electrical activity and joint angles in the crew’s legs as they went about their daily activities.

Maintenance tasks including setting up a laptop for EXPRESS Rack 3, testing the KURS automatic docking system on the Russian side of the station, working with the Canadarm2 to test the Force Movement Sensor and adjusting the International Space Station’s attitude to address an overheating problem. Christmas Day was a day of relaxation in which the crew took care of some light housekeeping, got some exercise, and chatted with their families.

New Year’s Day 2003 came and went. The crew set up ultrasound equipment for a project that would map the crew’s internal organs and went through a fire drill on January 2. Throughout that week, they recorded sound in different parts of the International Space Station as part of monitoring for health and safety. Budarin prepped the wake docking port on Zvezda for the arrival of Progress M-47. 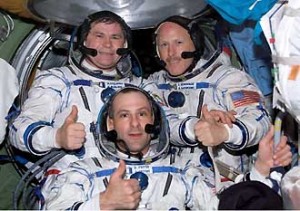 The crew was also preparing Quest for a Stage EVA, essentially an in-house EVA without a shuttle present. This EVA was delayed when a measurement of Budarin’s oxygen consumption failed to meet American standards for an EVA using American equipment. Pettit replaced him over Russian protests that it would not have even been an issue if Russian equipment had been used instead. When the day finally arrived on January 15, flecks of dirt in the Quest airlock caused a delay in opening the outer hatch. The Russians blamed the two first-time spacewalkers, commenting that it wouldn’t have happened if Budarin, who had eight EVAs under his belt, had been part of the spacewalk.

When the hatch finally opened, Don Pettit and Ken Bowersox made their egress and proceeded to the P-1 truss segment. The goal was to install new equipment on the new truss. They released ten launch restraints on the truss radiators. This allowed Houston to send up the command for the central radiator to extend to its full size. The astronauts also inspected equipment on P-1, and then proceeded back to Unity to clean off the CBM docking seals with sticky tape. This removed grit from Raffaello’s docking port for the planned arrival of STS-114 in March. 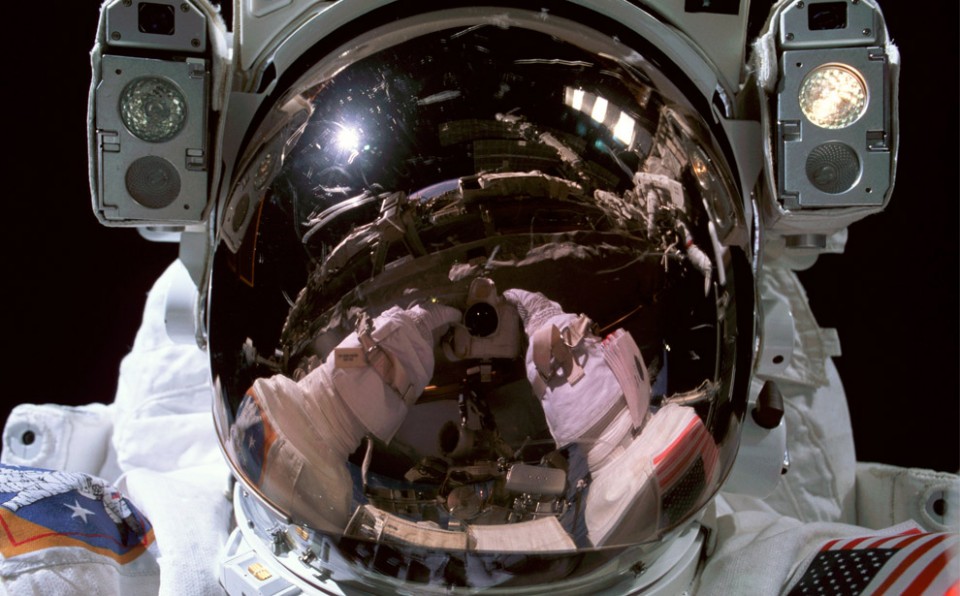 Don Pettit take a photograph of himself during the EVA. Image credit Wodu Media

A stuck pin prevented the spacewalkers from moving an upright bar from its storage place on the S-1 Truss to its permanent station on a handcart that future astronauts could use for transport along the completed ITS. The installation of the bar was put off for another day. Pettit retrieved tools for testing the ammonia system in the P-6 truss in preparation for planned activities in a future shuttle mission. While on their way back inside, they cut the strap that had caused their earlier problems with the hatch.

On February 1, 2003, the loss of Columbia sent shock waves through NASA. As ground personnel moved quickly to pick up the pieces, the Expedition 6 crew was informed within the hour.

In the meantime, it began to sink in with the Expedition 6 crew that they had just lost their ride home. They still had the Soyuz but preferred not to abandon the International Space Station unless forced to do so. Sean O’Keefe assured the public that they were working on the problem of keeping the station as an active part of the American space program and supporting the crew for as long as necessary. Work continued with the arrival of Progress M-47, which brought up enough basic supplies to last through the beginning of July 2003. They had time to work out a solution. 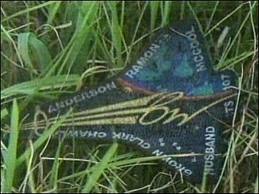 In the aftermath of Columbia’s loss, Expedition 6 was extended by a month to stay synchronized with the Soyuz launch schedule and the crew told NASA that they could stay longer if they needed to. The Expedition 6 crew listened in on NASA’s memorial service for the STS-107 crew. To keep their spirits up, they read some personal mail that had arrived with the Progress and stayed busy with logging the new cargo and keeping up with maintenance and experiments. Maintenance included troubleshooting and repairing the Microgravity Science Glovebox, making upgrades to the computer system and replacing a Pump Package Assembly in Destiny’s Thermal Control System. Science included a Russian survey of ocean surfaces to help determine fertile zones. 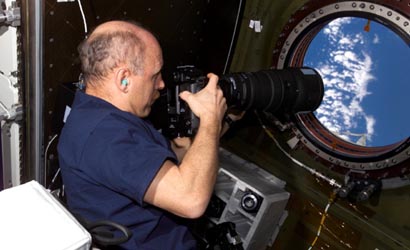 Future expeditions would be reduced to one astronaut and one cosmonaut until the space shuttle could start flying again. Pleading financial difficulties, Russia suggested mothballing the station until the Shuttle returned to flight status unless the partners could send them additional funding. That idea didn’t go over well with the rest of the partners, who reminded Russia that they had made a commitment to two Soyuz and five Progress flights a year.

In the meantime, Progress M-47 used its engines to boost the station’s orbit in preparation for the arrival of Soyuz TMA-2. On April 8, Bowersox and Pettit also participated in an EVA in which they reconfigured electrical connections to prevent bolts from being released by a potential electrical malfunction, replaced a power relay box in a CETA cart, inspected a malfunctioning heater cable in the P-1 ITS Nitrogen Tank Assembly and rerouted electrical lines on the Z-1 truss to protect the CMGs from power failure. By April 11, the crew was preparing to turn the station over to the Expedition 7 “caretaker” crew and return home in the Soyuz. In a press conference, Bowersox kidded, “I feel a little bit like I’m being kicked out of my apartment for not paying my rent.” The crew was still eager to return home.

Expedition 6 Commander Ken Bowersox talks about his time as an astronaut and what he’s done since in this 2012 three-part interview.