WASHINGTON, DC – February 21, 2017 – The 5th Annual Humans to Mars Summit (H2M) will be held from May 9-11, 2017 at the George Washington University in Washington, DC. H2M is the largest conference in the world focused on the goal of sending humans to Mars and will feature some of the most prominent and influential people in business, government and academia.  The conference will explore critical policy goals and technology solutions required for the human exploration of Mars and the significant progress that has been made since the first H2M was held in 2013.

“Children born in 2017 are more likely than any generation before them to witness, before their 18th birthday, humans walk on another planet for the first time,” said Explore Mars CEO Chris Carberry. “For more than five years, the Humans to Mars Summit has been at the forefront of policy and technology decisions that have had a major impact on U.S. space policy.  Today we have unprecedented support for Mars exploration from Congress, industry, and the general public. If we make the right decisions, humans will be on the surface of Mars within the next two decades, and the economic and scientific benefits to our country and the world will be unprecedented.”

H2M 2017 will be a platform for discussion on major technical, scientific, and policy challenges that need to be overcome in order to send humans to Mars by the early 2030s.  The Summit will also feature topics such as international partnerships and cooperation, the impact on small business and innovation, Hollywood and the Mars story, risk tolerance in space exploration, the role of the Moon in sending humans to Mars, and space diplomacy.

Explore Mars President, Artemis Westenberg, said of the planned event, “H2M will host substantive NASA workshops on policy, STEaM competitions for our youth and important debates on strategies for space transportation and human habitats.  This is the single best opportunity for all of us to come together and advance the mission that will one day make humans a two-planet species.”

Registration information is available on the official Explore Mars website. 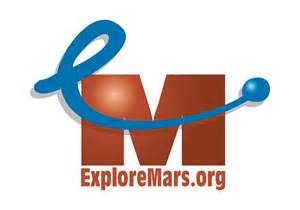 Explore Mars was created to advance the goal of sending humans to Mars within the next two decades. To further that goal, Explore Mars conducts programs and technical challenges to stimulate the development and improvement of technologies that will make human Mars missions more efficient and feasible.  To advance the idea of Mars as a habitable planet, Explore Mars challenges educators to use Mars in the classroom as a tool to teach standard STEM curricula.  Explore Mars, Inc. is a 501(c)(3) non-profit corporation organized in the Commonwealth of Massachusetts. Donations to Explore Mars are tax-deductible. Contact Explore Mars via its website or email info@ExploreMars.org.