For All Moonkind is a nonprofit organization that advocates for the recognition of the Apollo lunar landing sites as heritage sites — essentially giving them the same status as the Taj Mahal and the Great Wall of China as historically significant sites. We recently caught up with Michelle Hanlon for an interview soon after their presentation at the Starship Congress on August 9, 2017.

HH: We are here today with Michelle Hanlon with For All MoonKind, thanks for joining us.

Michelle: Thank you very much for having me.

HH: So what is “For All MoonKind’s” mission?

Michelle: So let me backtrack a little to explain why we got here, obviously especially that your audience knows about Apollo 11 and that first moon landing and how amazing it is and continues to be, and what an amazing moment for our civilization to have landed on the moon and have taken those footsteps. I like to remind everybody that, they are a culmination of an entire world of scientists. We are talking about astronomers from China and Russian Cosmonauts and these truly were the first amazing giant leaps for all humankind. In addition, people don’t remember that upon this technically based landing site are lots of momentos that talk about peace for all human kind, including a disk where seventy-four leaders sent up messages that are messages of peace. So, we think that for human kind it’s really important to preserve that moment in time that celebrates human achievement and also human hopes for peace, so our mission is to make the six Apollo Lunar landing sites protected by the United Nations and the International Community in some way. 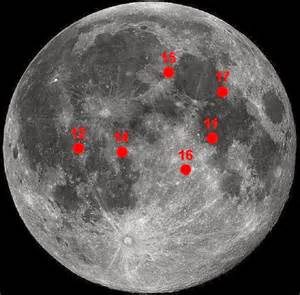 HH: So, could you tell us about plans to obtain international protection of these Apollo Lunar landing sites that you outlined for the recent Starship Congress?

Michelle: Yes, absolutely, I’d be delighted to. Let me first say the Starship Congress 2017 was a phenomenal event. It’s my first Starship Congress and the dialogue and the feedback I got was amazing. I was really delighted to introduce our plan there and it’s three-fold. We have a legal side, a marketing side and a policy side. The United Nations already protects cultural heritage here on earth, we’ve all heard of UNESCO heritage sites, the Taj Mahal, Great Wall of China, Colorado River, so we need to take that enthusiasm in preserving our cultural and natural heritage and transfer it to the moon and outer space as well. Our legal team is going to draft, what we are calling right now, a “Convention on Human Heritage in Outer Space.” With that convention, we hope to get the international community excited about preserving our footsteps into space because we are an exploring species and this is our first exploration off Earth.

The second prong is marketing. A lot of people still look at you and say, “No it’s all fake.” Mike Mongo, at the conference, he is a teacher, he says he teaches 5th graders who say, “No we didn’t put a man on the moon.” And I just think, OK, we need to remind everybody what human ingenuity can really do. And so, we need to get young people involved. Our marketing effort has two folds, remind people about space, and then remind them that this was such as phenomenal technical breakthrough for all of us and preserve it.

The third prong is policy oriented. Now we are working at a policy level to reach out to international space agencies across the world, so that we come together at the space agency level with an agreement on how we are going to protect this.

HH: I understand that you’re currently working toward presenting this plan to the UN Committee on Peaceful Uses of Outer Space, can you tell me about that?

Michelle: Sure, so the Committee on the Peaceful Uses of Outer Space includes, I don’t know the number but a lot of nations, and in order for us to get a UN agreement, we have to convince this committee, which is the easier way to present it to the United Nations for us. So, but even before that we need to get somebody to help us present it to the UNCOPUOS, so we are working with organizations like the Secure World Foundation, which has observer status at the UN, and hopefully we will be able to give to a foundation an entire package that we would like to present to the UN in June 2018 with our plan. Hopefully also that plan will have quite a bit of international support based on our policies.

HH: So, what do you see as the biggest obstacles toward implementing this plan and how can they be addressed?

Michelle: The biggest obstacle is awareness and education. So, I talk to my fellow space lawyers and they say oh Michelle, that’s great but that’s never going to happen nobody has the energy or the wherewithal. Of course, everyone wants to protect the moon and the bases, but nobody has the time. And I look at the United Nations, it is a governmental organization. They would respond to what the public wants to happen.

We need to get the entire world to understand that this is an amazing technological achievement. We’re really excited about the educational portion of this because you know and your audience know how space is the future and how much space helps us today, every day.

Well, a lot of people don’t recognize that. You know they don’t see it and so we really need to get people to start looking up and recognizing space isn’t about Mars and Venus, it about you and me and how we are going to get there and how we use it today and so for us the biggest issue is making people realize space is important in your everyday life and we are all going to go there, I probably will, you might go to Mars and my children will be on the moon and I hope my grandchildren, and I want my grandchildren to see their footsteps, and marvel at the first one. So, it’s a marketing campaign to get people excited so they can get representatives to work.

HH: Yes, sounds difficult. I recall that For All Moonkind mentioned the lack of outrage over the sale of a lunar sample bag that contained moon dust particles and what that means for efforts to get the public more interested in importance of protecting heritage sites.

Michelle: Yes, I know, and that’s actually what spurred us to action. There was newspaper article about that but they said essentially, “Oh. it’s too bad,” and I thought, oh my God, it more than too bad. So we are really working on this advertising campaign, if you go to our website: forallmoonkind.org/advertising, you will see that our marketing team has put together some really clever ads, which I think really bring it home. So, for example there is one that has graffiti all over Mount Rushmore that says you wouldn’t let it happen down here, why would you let it happen up there. And so, again, it’s part of this. We’ve got to wake people up and we are hoping to do that with this advertising campaign.

HH: Well, that’s all the questions I’ve got, anything you’d like to add?

Michelle: No, I just want to say we are really excited, we are also so grateful that you gave me this opportunity to talk to your audience. We just like to announce that Mike Mullane has joined our board, so we are really excited about the opportunities we will have that he is going to lead us through. And like I said, Starship Congress has been to a lot of conferences mostly on legal topics, but the Starship Congress team is incredibly inspirational and I really hope that people like you and me and Andress and Mike Mongo from the Starship Congress can get people really thinking about space and realizing that it’s accessible to all of us.

HH: Thanks for joining us.

Michelle: Thank you so much.