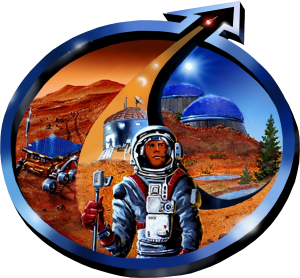 The Mars Society has launched a Kickstarter campaign to raise funds for the creation of a virtual reality platform called MarsVR. This platform will enable future “citizen scientists” to participate in the exploration of Mars by adding the ability to explore a Martian landscape as if they were working alongside astronauts that are actually working on Mars.

“Virtual reality will pay a critical role in the human exploration of Mars,” Mars Society president Robert Zubrin said in a video announcing the project. “It will allow millions of people on Earth to travel along with the astronauts and directly participate in exploration.”

The first phase of the MarsVR Program will be a complete 3D scan of the Mars Society’s already-existing Mars Desert Research Station (MDRS) and one square mile of the surrounding area. This will enable a more complete training program for MDRS crews who plan on using the MDRS to conduct experiments and refine exploration methods that could be used on Mars.

Crowdsourcing is not a new concept in the scientific world. As part of “the crowd,” individuals can do anything from lend unused processing power to scientific projects using BOINC (and potentially earn token rewards for it by going through Gridcoin) to potentially discover new comets. Members of “the crowd” can also submit and vote on features on Jupiter that they would like JunoCam to get a photograph of. MarsVR takes this one step further by making it possible for scientists and interested members of the general public to work alongside future astronaut crews in a virtual environment.

The Mars Society has set a goal of $27,500 for the current fundraising effort, which will be enough to fund the first phase of the MarsVR Program. Rewards range from a digital “thank you” certificate to a chance to join an MDRS crew. The crowdfunding campaign will end on June 1, 2018, at 12:00 AM EDT.